One in Two Thousand: McKenzie Stoker ’22 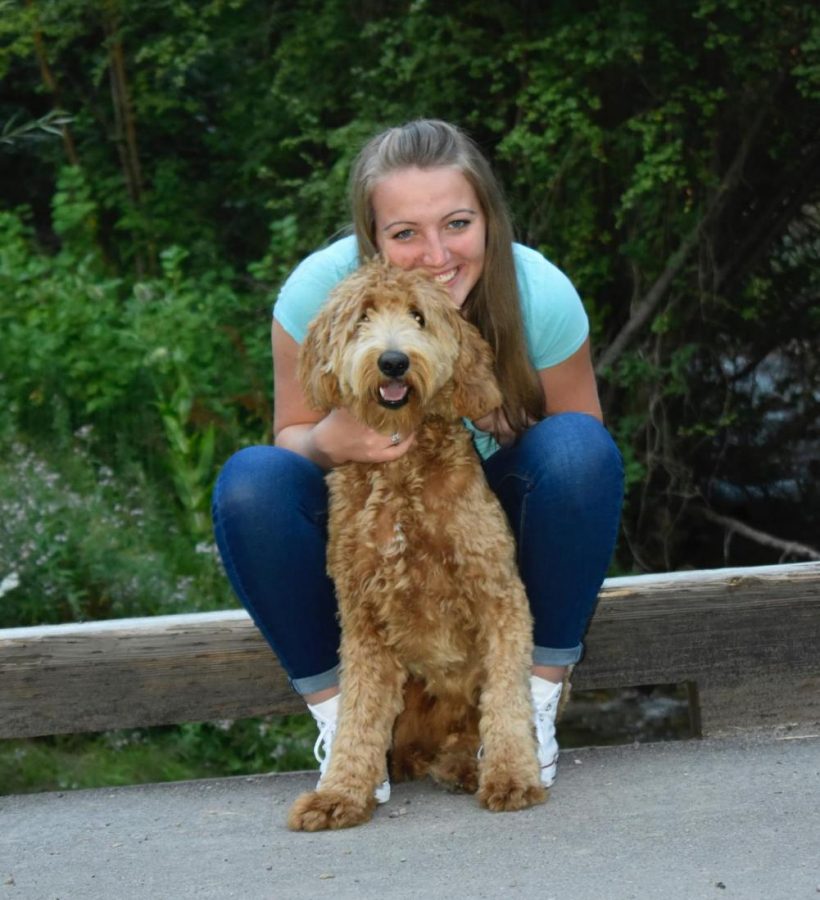 Each week, we randomly select a unix from a list of all current students at the College for our One in Two Thousand feature. As long as the owner of a selected unix is willing to be interviewed and is not a member of the Record board, that person becomes the subject of our interview. This week, the computer (using a script in R) chose McKenzie Stoker ’22, who talked about her dogs, being from Utah, and studying abroad in Stockholm. This interview has been edited for length and clarity.

So you’re abroad! Do you want to tell me about that? Where are you right now?

I’m in Stockholm, Sweden, and it’s — it’s really an experience, you know? They are not taking COVID super seriously, so I’m not really sure how different my experience now would be [compared] to not during the pandemic.

Do you feel safe there?

In terms of COVID, not particularly. In terms of petty crime or violent crime, yeah, definitely… But Swedish people really keep to themselves anyway, so social distancing is never a problem. [Laughs.]

Why did you choose that program? What are you studying there?

Well, it was kind of one of the only ones running right now. But I actually was interested in coming here before COVID. I’m studying psychology and political science, which is what I major in at Williams. They have more … specific courses than I think Williams offers, specifically in psychology. They have what’s called a core course, which we do study tours for. And that’s forensic psychology, which is pretty interesting.

So, you’re a poli sci major here, like me! We met in “International Law,” and you were remote last semester, right?

Honestly, I kind of liked it. It was really weird to be at home and try and balance being with my family with the workload of Williams, which I feel a lot of times are not very compatible… I was also taking five classes, which was a mistake. [Laughs.] Would not recommend to any Williams student who values sleep or any free time whatsoever. But I got to play with my dog all the time. It’s what I needed.

Tell me about your dog.

We have three, actually. Our puppy, who’s about 2 years old, she’s a Goldendoodle and her name is Iviee. She’s gonna be the one in my picture for this profile… And then we have two older ones. One of them’s a Yorkie, her name’s Zadie. She’s a little shit, not really sure if I can swear. [Laughs.]… And then our other one is a Doxiepoo and her name is Gidget. She’s really old and really crusty, and she growls at you when you get near but then she’ll jump on your lap and expect you not to move, because she doesn’t want to move. So, we’re like kindred spirits. I’m kind of the same way. Once I curl up on the couch, it’s like, “Please don’t.”

Where’s home for you?

Yeah, I mean, I think it’s a fabulous place. We have the Rocky Mountains, so whenever somebody comes at me about the Berkshires, I put them in their place, and have gotten into many heated debates with some of my friends about if the Berkshires qualify as mountains. I say no. Sorry to any Berkshire natives. [Laughs.] But yeah, I think it’s a great area. It’s super pretty. It was really weird coming to Williams because when you first meet people … it’s just like, “Oh, what’s your name? Where are you from?” And every time I said Utah, automatically it was just, “Are you a Mormon?”… Knowing you for 15 seconds, and we’re getting a little personal here.

Do you know any Mormons?

Oh, yeah, I actually used to be Mormon. I’m surrounded by them, which, take it as you will, it can be good or bad… I feel like all people know about Utah is Mormons and skiing. Like, those are the two questions. “Are you Mormon?” and “Do you ski?” And no to both. I’ve been snowboarding a few times, but I’m more of a summer activities kind of person. I do a lot of hiking.

Have you been homesick at all?

Not really, no. Maybe that sounds bad. I don’t know, I feel like I find places and spaces wherever I am that remind me of home. I actually — [Gets up.] I actually carry this magnet with me. [Holds up the magnet.] And it says, “Utah: Life is better in the mountains.” So I bring it with me, and it reminds me of where I’m from. I’m in Sweden, and I decided to bring a magnet with me.

That’s so cute. Do you miss anything about Williams?

Oh, yeah… Before I came to Sweden, I was like, “Wow, I kind of miss the Purple Valley. The lovely bubble that we’re in.” I think I miss social life at Williams. I mean, yes, I love the academics. I’m a nerd — aren’t we all? [Laughs.] But just asking my friends if they want to grab a meal, that’s such a Williams thing, and I kind of miss it. And Snar. Oh my gosh, Snar. Mozzarella sticks? My go-to.