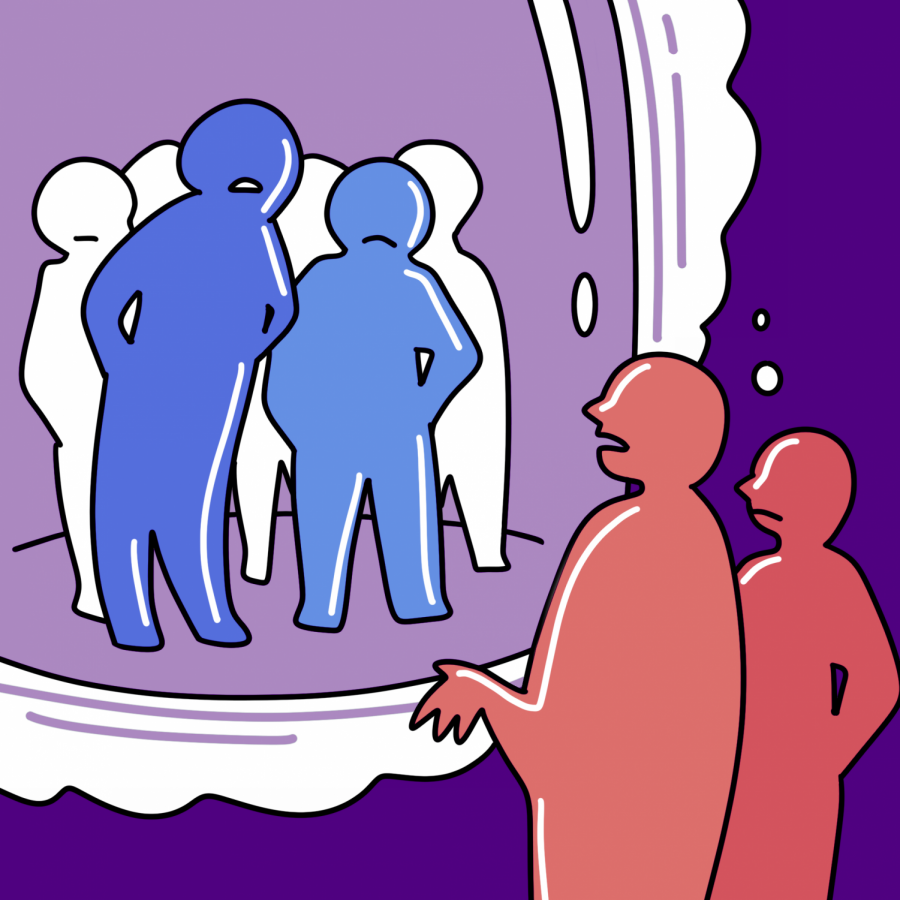 Growing up in New York City exposed me to so many different people, cultures, mentalities, and political opinions. The NYC I grew up in was full of people who participated in passionate and healthy discourse. Their opponents in debate, while disagreeing with them strongly, were respectful of their opinions.

NYC is a melting pot full of people from across the world. This makes New Yorkers who are mostly Democratic uniquely tolerant of conservatives who reside beside us.

Although the conservative population has been around for a long time, people of varying political opinions and backgrounds learned to live harmoniously with one another. Despite having potentially different beliefs, the city still became home to Greenwich Village, a neighborhood that is historically queer. Despite segregated school districts, the city makes an effort to bus students from various boroughs to selective public high schools. Despite a recent increase in anti-Semitic hate crimes over the last four years, the city remains one of the safest places for Jews like myself to live in. Despite our differences, New Yorkers always looked for ways to promote tolerance and respect for people from all walks of life.

The scene in NYC now, including the rest of the country and our campus, however, looks a bit different.

We find ourselves in a world where people are no longer able to respectfully disagree with each other. We’ve exchanged evidence-based opinions for name-calling and bright red MAGA hats. We’ve lost our ability to empathize with one another and, at the very least, tolerate one another.

As a progressive and a Democrat, I feel as though the party’s policies are centered around promoting change and tolerance for people of varying identities. It seems to me, however, that we only extend the olive branch of tolerance to those who agree with us, not to all of those who surround us.

I came to Williams with an open mind, hoping to meet people of different walks of life because I believed it to be a vital part of the Williams experience. It was my understanding that Williams is home to a diverse population from around the world. This is, unfortunately, not the environment I found myself stepping into.

Rather, the environment appeared to be an echo chamber wherein people, despite their diversity of thought and background, would only voice what was on their minds when it was in agreement with what the general public at Williams believed to be right or true. Course discussions and debates surrounding any political topic became untouchable as those who disagreed with the generally liberal atmosphere that the Purple Bubble sponsors became social pariahs when they expressed an opinion that diverged even slightly from those of others.

My issue with that remains that if we push away the voices who reach out to us for conversation, we will never have the opportunity to show our sides of the story. We will simply dismiss and silence them, which in turn will only cause certain voices to carry more weight in our echo chambers.

How are we supposed to progress as a community if we do not make space for conversation? Conversation should look like an active discussion, not an echo of voices, each agreeing with the one before it. Those conversations don’t invite discomfort or a lack of closure, and are therefore not effective in discussing the real changes we want to see in our communities.

If we allow for the Williams echo chamber to continue, we risk creating a community that is divided by our political beliefs. This will be alienating. Neither group will be able to achieve the results they wish to see if they do not call for changes to be made.

We’ve turned just about everything in our lives into a partisan issue. It feels, at times, that the two parties have a clearly divided definition of what human rights are, which is why it is so vital for discourse on these topics to happen.

Democrats, while criticizing everything done by Republicans, continue to follow the same footsteps as them. Democrats serving under the Trump administration criticized Trump for his use of detention centers, but seemed to take no issue with the Biden administration’s use of brute force and cages in the same centers. Democrats who criticized reopenings in Republican states continued to reopen their own states despite rising COVID-19 rates, such as Gov. Andrew Cuomo who continued to open indoor dining in NYC this past February.

The worst part of it all is the hypocrisy that has come about from this. The hypocrisy has spread and affected us all.

It’s going to be a while before the striking partisanship ceases to exist both on campus and in the American political sphere. However, I think it is time we begin to call out the hypocrisy and push for conversation. It takes both sides working together to end the divide. It begins with tolerance, listening, and allowing non-closure, and I look forward to its beginnings on our campus.

Jennifer Iospa ’24 is from Brooklyn, N.Y.