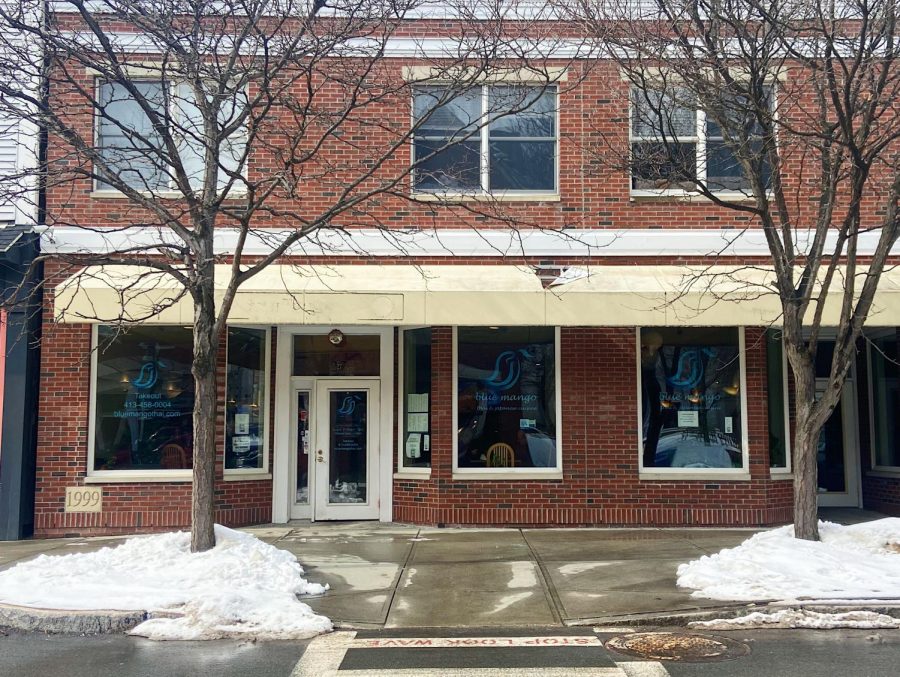 Massachusetts Governor Charlie Baker loosened COVID-19 guidelines on Feb. 8, allowing certain businesses — such as restaurants, movie theaters, and retail spaces, among others — to increase their indoor capacity to 40 percent of their maximum from 25 percent.

Although the College has not shared explicit rules about students dining indoors in Williamstown, Dean of the College Marlene Sandstrom said that “we do expect students to follow all of the health protocols put in place by the establishments on Spring Street.”

When Baker announced a reduction in businesses’ indoor capacity limits to 25 percent on Dec. 26, over 7,600 new COVID cases were being reported daily in Massachusetts, according to The New York Times. By Feb. 8, reported cases had decreased to a daily average of just over 1,300.

Regardless of the recent decline in cases, business at Nature’s Closet and the attached Smoothie Spot was “horrible” in January, co-owner Beth McLean said. “In a good year, [the winter season] is not good, so this year, it’s an extra-not-good year,” she said. “January and February, even when [students at the College] were around, are horrible because it’s after the holidays and no one has money to buy anything.”

The College’s decision to send students home after Thanksgiving and cancel Winter Study meant that businesses on Spring St. had to adjust to a quiet winter. McLean’s co-owner Amy Jeschawitz said she and McLean only opened the Smoothie Spot on Saturdays and Sundays with newly decreased hours. “We’ve opened up since you guys have been back, but it was a drastic difference for sure,” Jeschawitz said.

“This was our first January without the students and without the College being open in general,” Spring Street Market owner Karen Gosselin said. “We have a ton of professors and people who work in all of the offices across campus. They really become your friends… It was so different, not just from a business perspective but from an energy perspective.”

Apart from the change in atmosphere, Baker’s guidelines lowering the indoor capacity limit from 40 percent to 25 percent in December did not have a drastic effect on Gosselin’s business. “The occupancy didn’t have the impact that COVID had in general,” she said. “We do so much takeout, and throughout this winter, when the College was closed, the locals were amazing. Whether we’re at 25-percent or 40-percent capacity, we had already made everything socially distanced before all of this happened, so it really wasn’t an issue.”

McLean and Jeschawitz also said that the more stringent occupancy limits did not play a large role in how their business fared this winter. “We never would — unless it was a major football game or something — have any more than six to eight people in the store anyway, but now, if I see that I have any more than eight, which I think is the capacity right now, people are fine waiting outside,” McLean said. “It hasn’t really been an issue, and I wish it was an issue — you know, with a line out of the door!”

Blue Mango owner Mookharin Khajornchaisak agreed with McLean and Jeschawitz. In January, her business had been very slow without students on campus, she said. One difficulty of the 25-percent capacity limit was creating a COVID-safe distance between the tables. “For us, I think [capacity is] less than 25 percent because we still need space for a traffic area for people to come in to get their take-out to-go orders,” Khajornchaisak said.

Regardless, Khajornchaisak said she is hopeful that business will improve in the spring. “Since the students are back, we do see an increasing amount of take-out, dine in, and delivery as well, so that’s a positive sign,” she said.

Gosselin also expressed hope for the coming months as students settle back on campus and the weather begins to improve. “My hope is that this semester will go back to normal, and I’ve seen a huge difference [since the return of students],” Gosselin said. “I think it’s going to be really good as long as the numbers stay where they are… We have a ton of outdoor seating, and we’re going to try to get even more.”

Jeschawitz expressed optimism about the spring as well. “We’re very happy to have [students at the College] back,” she said. “I don’t know if it’ll be the same just because your classes are different, and you guys aren’t out and about as much as you normally would be because you’re doing a lot of stuff virtually. But I do think we will for sure see an uptick compared to what it was.”