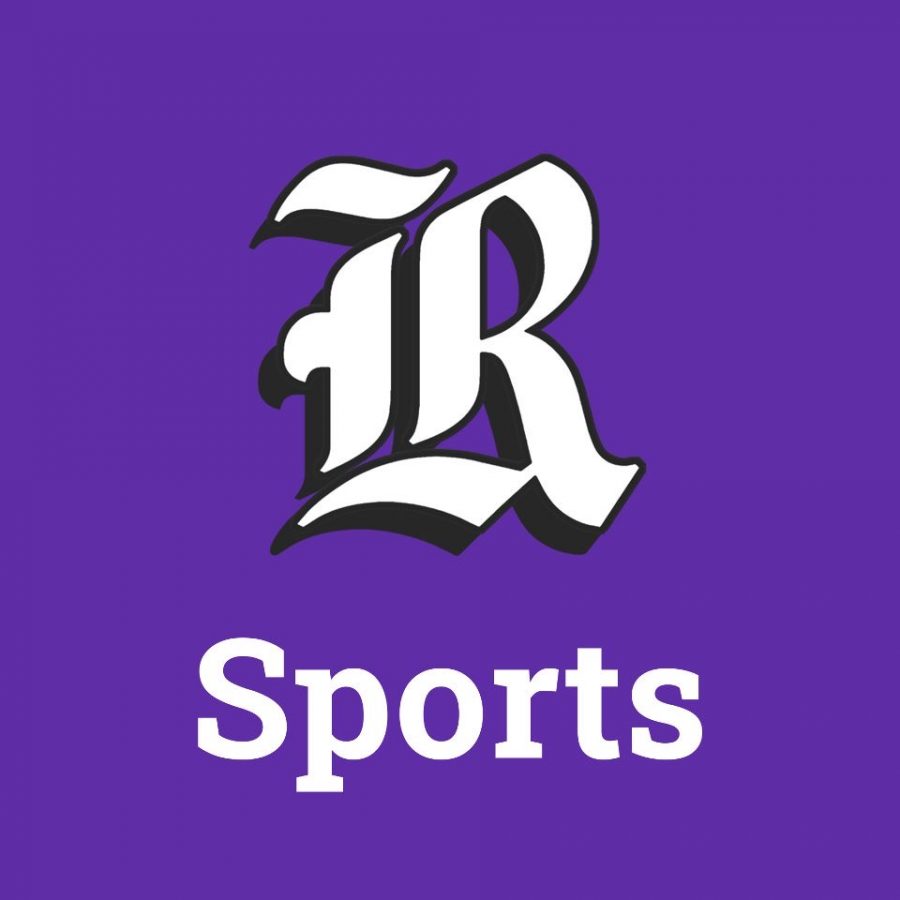 Nearly two decades of armed conflict have marshalled countless American youth to volunteer themselves for military service. As the years have passed since 9/11, efforts by different branches to slim their standing forces have given many returning service members the chance to attend college on the G.I. Bill. For some, transitioning from military service to full-time academics,  sports have become a place to regain the structure, teamwork, challenge, and camaraderie, that military members are accustomed to.

Brandon Hashemi ’23 is one of them. In his words, he has “found a love for running in circles.” Having served four years in the U.S. Navy, the 26-year-old sophomore now competes in track and field as the only veteran student-athlete at Williams College.

Hashemi enlisted in the Navy after finishing his first year at Rutgers. “I’ve always been a strong believer in public service,” Hashemi said. “I wasn’t the best student back then, and I wanted to make a difference.  Enlisting felt like the right choice.”

Although the military does have both semi-pro style athletics and intramural type leagues, Hashemi’s focus on his duties as a corpsman in the Fleet Marine Forces — the Marine Corps version of a combat medic — and his deployment to Sri Lanka as part of a humanitarian aid effort made finding time to participate in athletics impossible.

“Besides spending my free time lifting weights in the gym, we had this thing called ‘The Corpsman Games,’” Hashemi said. “Multiple units would come together and compete in different challenges in honor of the ‘Corpsman-Birthday.’ It was always a lot of fun, but the best part was the camaraderie and competitive nature we all shared.”

“To be honest, I didn’t have any intentions on becoming an NCAA athlete,” he said. “Sure, I ran some track in high school, but it was more of a hobby and a way to do something with my friends.”

Hashemi’s journey to NESCAC competition was jolted by another passion of his and a core shared experience of being an Eph: the Williams Outdoor Orientation for Living as First-Years (WOOLF) program.

In the six months before his first year at Williams, Hashemi — fresh out of the Navy — hiked the 2,180 mile Appalachian Trail. Bruised, tired, and reportedly “very stinky,” Hashemi completed the trail only to begin his orientation at the College. Part of this orientation was his WOOLF trip, where he met Jackson Anderson ’23. When asked what inspired him to join the track team, Hashemi responded, “Jackson. It was honestly all him. During the four days on our WOOLF trip, he [Jackson] had me completely hooked on the idea of running track.”

In September of 2019, Hashemi officially walked onto the team. Since that day, Hashemi said, “This team has been my family and my community.”

“We are there for each other, on and off the field,” he said. “When one needs help and encouragement, we rally around that individual and support them. None of us are ever alone in our engagements. Even in a sport that you technically compete against yourself in, we have each other’s backs.”

“That’s why we get to revel in each other’s accomplishments,” Hashemi continued. “None of us get to where we are going by ourselves… It’s very reminiscent of the platoons I trained with in the Navy, and when we can finally compete again, I will leave everything I have on that field — and I can do that because I know I have my team around me.”

Hashemi’s desire to challenge his own physical capabilities has encouraged his teammates to reach new heights of excellence as well. Sam Riley ’23 said that Hashemi’s impact on the team has been “huge” for him personally. (Riley, a photo editor at the Record, was not involved in the writing or editing of this article.)

“It wasn’t just [Hashemi’s] experience with Olympic-style lifts [that allowed him to offer valuable critiques],” Riley said. “It was his ability to lead, both by active participation and setting the example, that has made such a difference on the team. Pushing and supporting us, getting ‘hype-squads’ around teammates who are going for heavy lifts, created a sense of camaraderie that would otherwise not exist in this space — those are qualities Brandon brings to the table.”

Hashemi’s experience, and contagious humor have been particularly helpful for the newest team members.

“I was lucky enough to be in a training pod this fall with Brandon, and as a new little frosh on the team, he was someone I immediately looked up to,” teammate Camryn Taylor ’24 said. “His jokes at practice kept everyone laughing, and his work ethic and drive to improve motivated me to keep pushing myself too.”

Fellow first-year teammate Andrew Williams ’24 expressed similar gratitude for Hashemi’s work ethic and energy. “The first thing I noticed about Brandon is that he is pretty easygoing,” Williams said. “He is very hardworking, but still easy to joke around with. Just … watching how he works [has] taught me really what the team is about.”

Now, Hashemi sets goals to challenge himself to new heights. His loftiest goal, he said, is to qualify for Nationals in the decathlon event. “That is the most outlandish goal I can set for myself,” he said. “It will take the most work, I’ll have to overcome the most adversity, and if I can do it, I’ve proven to myself that it was possible.”

According to Hashemi, his time in the service has helped him find success in the classroom and on the field. The Navy training had steeled his mindset and helped him gain “grit,” he said. “Back in the Navy, we call it ‘embracing the suck,’ which just means that if you want to be successful, you are going to have to go to greater lengths and that’s never going to be easy,” he added. “So, you try to find enjoyment in the stress of it all.”

According to head coach of men’s track and field Ethan Barron, having a veteran on his team has made an impact on the program.

Hashemi’s unique experience in serving and travelling with the Navy allowed him to broaden his perspective — an important and necessary development for students at the College, according to Barron. During the winter break, Barron said he sought to share Hashemi’s perspective with the rest of his team to help expand their individual perspectives.

“I truly believe that we need more people who have stepped off and spent time outside the path of academia to help alter the ‘current’ of campus,” Barron said. “The ‘current’ of campus carries people towards a focus on grades and a fear of failure. Brandon, like others who took an atypical path to Williams, have a much different, and, in my opinion, healthier perspective on this place.”

“So many things in the military are designed to make you fail,” Hashemi said. “Through all that… I learned not to fear failure. That has allowed me to do things in my life I hadn’t previously thought possible. Kind of like becoming an NCAA athlete at the number one liberal arts school in the country. Go Ephs!”