Professors grapple with causes and consequences of Jan. 6 Capitol siege 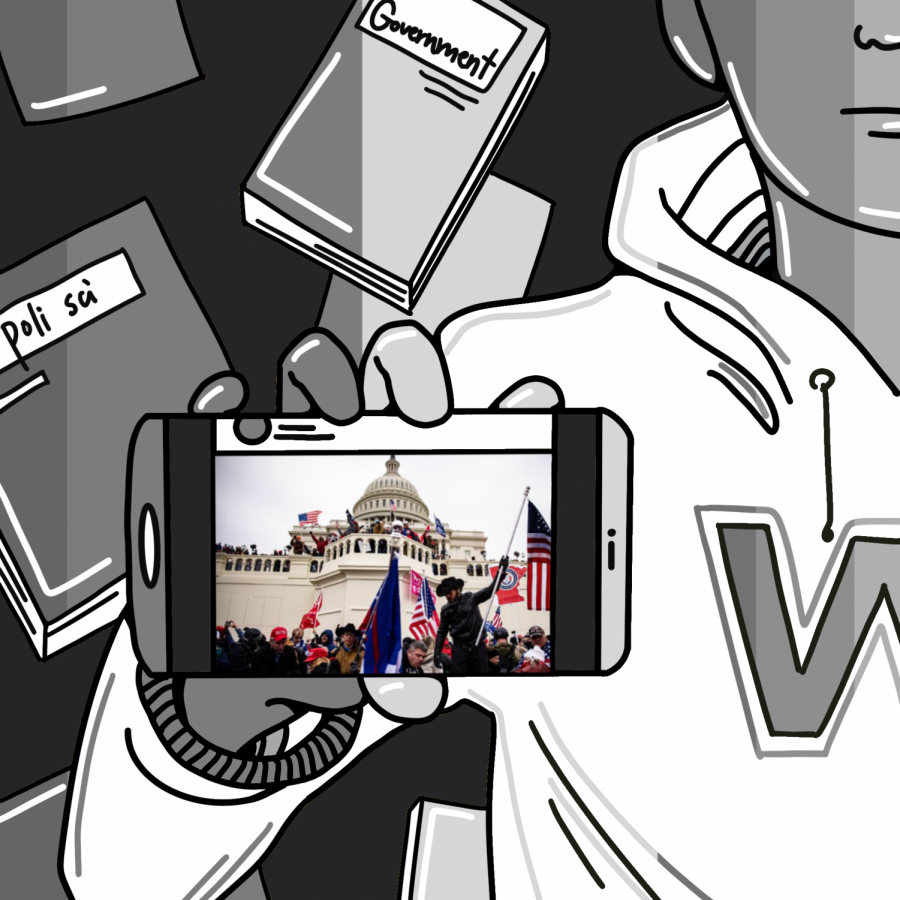 On Jan. 6, television sets and social media feeds all across the United States flooded with images of insurrectionists overpowering police and storming Capitol Hill. In the days following, Capitol Police and U.S. intelligence agencies faced a reckoning: How could they not have seen this coming?

Insurrectionists’ plans to storm the Capitol had circulated on major social media networks before Jan. 6. The events of the day, including threats to “Hang Mike Pence,” were influenced by former President Donald Trump’s tweets addressing the rioters.

During a period of national reckoning following the siege, the Record spoke with four professors about the role social media played and just how predictable this violence was.

Last semester, Assistant Professor of Africana Studies VaNatta S. Ford taught AFR 321: “Trending Black: Race and Social Media in the 21st Century,” which focused on how Black people use social media. Ford said she and her students discussed potential violence before the insurrection. “We really talked about how we could stay safe if something happens,” Ford said. “So there were even discussions in our class about making sure students did not walk by themselves. Especially students of color.”

According to Ford, in future iterations of her class, “nothing needs to be changed as far as content of studying the ways Black people curate the digital space.”

“Because of elections and how upset many white Americans were about Trump losing the election, we knew, based on the uptick of racism that we had been seeing, and vitriol pointed against people and people making threats online,” she said. “I hate to say it, but we were kind of waiting. We were wondering if something violent was going to happen closer to the election.”

“As a Black person in America, who is a descendant of those who were enslaved in this country, I am not surprised and was not surprised by the insurrection,” Ford said.

Nicole Mellow said that many political scientists had seen the potential for violence. “The President’s persistent refusal to accept election results and the support for that from leading Republicans, with that message relayed over and over to Trump’s supporters via social media, along with the trafficking in conspiracy, meant that the potential for violence was very real.”

This semester, Mellow is teaching PSCI 218: “The American Presidency.” Mellow said she plans to integrate and examine long-term trends in presidential history reflected in the Trump administration. Mellow specializes in American political development, an approach that emphasizes understanding history.

“What I’ve tried to do is to help students think about how Donald Trump’s presidency reflects patterns that we have been paying attention to in the presidency and in politics, and how or where there is a departure,” she said. “So one example is when we talk about the president’s relationship to media and the president’s effort to ‘go public’ — to use his democratic support to help him succeed his agenda. Some of what Trump did is an extension or elaboration of prior patterns, and some is, frankly, unprecedented.”

Mellow said this increasingly intimate relationship between modern American presidents and their supporters can be dangerous. “On the one hand, this sort of candidate-centered politics can energize people and get them engaged,” she said. “But charismatic leadership and demagoguery—both of which push against rational politics—are dangerous, all the more so when politics are as polarized as they are now.”

According to Visiting Professor of Sociology Nicholas Carr, who is teaching SOC 212: “Understanding Social Media” this semester, social media helped mobilize Trump’s base.

“Social media on one level provides an immediate way to motivate and organize action among a lot of people,” Carr said. “And some of those actions can be good — constructive protests can be organized that way. We’ve seen them organized that way. But it also allows you to mobilize and organize a mob, as we saw on Jan. 6, and that really is a unique aspect of social media.”

However, Carr said he cautions against viewing social media as an all-encompassing explanation for the violence on Jan. 6. “There’s a lot of things going on here, and all of them are influenced by social media,” he said. “It doesn’t mean social media explains everything about the event.”

Assistant Professor of Russian Olia Kim said she is also skeptical of the potential for social media alone to create sweeping social change. “The problem is not just social media, but the kind of the environment in which the consumers of social media read and interpret information and news,” Kim said.

All the professors interviewed agreed that the Capitol Hill siege was partially fueled and organized on social media. However, many individuals appear to be responsible for the riot, making it hard to hold any one person or company solely accountable.

Mellow said that there is an inherent difficulty in linking violence to social media posts.

“One of the challenges of social media is that people respond differently to information and misinformation,” Mellow said. “Some took the President’s rhetoric as a call to arms while others, including ardent supporters of his, did not.”

Nonetheless, Mellow said that the House impeachment managers were impressive in how they re-constructed the narrative of Trump’s rhetoric over the past year such that its provocation of violence was clear. “One of the things that I thought was particularly powerful about the House managers’ case during the impeachment trial in the Senate … was the way that they were able to show a pattern of violence-inciting speech and behavior across many months and up through the attack on the Capitol.”

Carr said that Section 230 of the Communications Decency Act of 1996 provides too broad legal protections for social media companies, shielding internet companies from liability for the information they circulate. “There was this fear that these young internet companies would be overwhelmed by lawsuits if they were responsible for everything that they published, or in the case of Google, all the search results they showed and everything, so Section 230 of the act provided very broad legal protections for internet companies,” Carr explained.

“It is my own belief that however well-intentioned Section 230 was back in the 1990s, it no longer makes sense,” Carr continued. “I think what we’ve seen is that we have all sorts of social problems that emerge from the way that different sorts of information, some good, some bad, can circulate so freely and become so amplified, and so magnified, online.”

Ford said that social media platforms should already have recognized the potential for violence.

“I think the biggest harm is that Facebook and Twitter have not always listened to people of color when we’ve expressly said that this is problematic, this is violent, this is harmful,” Ford continued. “So yeah, it’s a space where you can provide information and give links to where you can crowdsource and boost platforms and different things like that. But also, it’s real trouble.”

Ford said that these companies’ refusal to listen has led to an exodus of Black women influencers and activists from websites like Twitter.

“What I have seen, as far as people whom I call Black curators, many are leaving or exiting social media,” she said. “So many, because of all the harm that they’ve received, are no longer on Twitter.”

Ford was critical of how the insurrection and its aftermath have been covered. “It’s disturbing because there’s a way in which the media is still framing these insurrectionists as, ‘[They] took a cue from the former president, because the election was stolen from them,’ and not, ‘Racist Trump supporters violently stormed the capital because they didn’t like that people of color organized and out voted them,’” Ford said. “These insurrectionists get a chance to be humanized, and some news media outlets have tried to empathize with them as though their anger is somehow legitimate and caused them to commit violence.”

Ford said that this is a marked difference in how social media companies and the public treat BIPOC. “If folks are Black, or folks of color, or Indigenous or Latinx, then we are told we shouldn’t be protesting and fighting for our rights,” she said. “And we should not get the opportunity to voice our concerns about this country. It’s so bothersome, and it’s disheartening for me because I’m like, ‘Have we really changed?’”

All professors agreed that the siege has damaged the United States’ standing worldwide. Kim said some in Russia have used it to argue against Western liberalization.

“It’s definitely damaged any pro-liberal and pro-democracy movement; their position is weakened because of that damage,” Kim said. “And really, people were shocked. I was just receiving messages from my friends. Not only in Russia, but in parts of the former Soviet countries.”