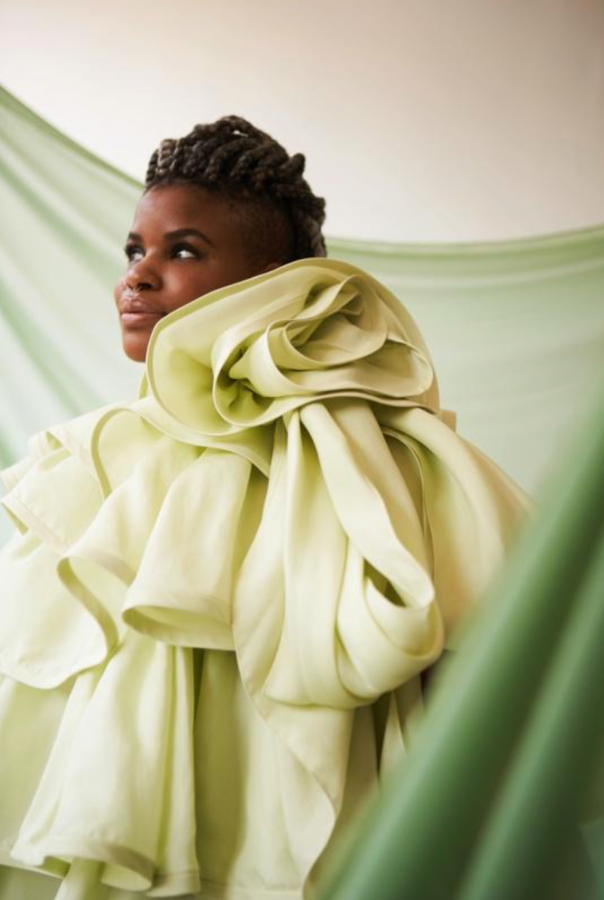 Black queer femme activist Ericka Hart presented the morning keynote on Claiming Williams Day on Thursday in a Zoom webinar titled “(Calling Out) Williams Day!” During the webinar, which drew 475 participants and was also broadcast live on WilliNet, Hart called on the College to address past and present institutional racism against Black and Indigenous people. Shiara Pyrrhus ’23, a member of the Claiming Williams Committee, and Kailyn Gibson ’22, the communications executive for the Black Student Union, moderated the event.

Hart — a writer, speaker, and sexuality educator — made national news in 2016 for a topless photo shoot that showed her double mastectomy scars. (Hart uses she/they pronouns.) Since then, Hart has spoken at several universities about her work in human sexual expression and has been featured in publications like Vogue, Washington Post, and Vanity Fair. Hart now serves as an adjunct faculty member at Widener University’s Center for Human Sexuality Studies.

Hart dedicated her presentation to Black members of the College community. “Black students are often made into activists at predominantly white institutions, constantly asked to do labor when all they did was pay to go to school,” she said. “I want to dedicate this to Black students across the U.S. and particularly at Williams, past and present, who just wanted to go to school but had it interrupted due to some form of a system of oppression.”

Hart began by emphasizing the importance of acknowledging stolen Indigenous land, particularly the ancestral Mohican land upon which the College is located. The College’s website does not include a land acknowledgement, as other peer institutions, such as Yale and Princeton, do. However, Hart said she believes that higher education institutions must do more than simply “acknowledging land for acknowledgement’s sake.”

Hart also said that although the median household wage in Massachusetts is $37,000, both the yearly cost of tuition and the average salary of the president of the College, which she said is over $600,000 a year, are well over that figure. (According to the United States Census, the average Massachusetts household income in 2019 was just over $81,000. This year, the cost of attendance at the College is $63,200; more than half of students receive need-based financial aid. Conclusive information about President Maud S. Mandel’s salary is not available online, but her predecessor Adam Falk made $679,068 in 2017, according to The Chronicle of Higher Education.)

“You cannot have capitalism without racism,” she said. “The only reason why all of the presidents at Williams College have all been white is directly linked to racism.”

Acknowledgment of institutional racism in higher education should mean more than admitting to past injustices, Hart said. Colleges and universities must begin by evaluating how it can further the work of Black communities, she said, whether that is through supporting petitions made by Black student groups or advocating for the U.S. government to make reparations for violence against Black people.

Rather than simply donating to organizations and providing additional funds to study racial and social justice as the College did in the wake of George Floyd’s murder last year, Hart argued that it would send a stronger message to rename the school and, by extension, stop using the nickname “Ephs.”

Hart called the current naming of the College “incredibly triggering to the 7 percent of Black people who attend Williams College [and] incredibly triggering to be at a school whose namesake is after a slave owner.” In reference to the $500,000 the College has committed to support racial justice organizations, she questioned why “this money is being thrown to all these different places” when the College has not changed its name. “I was very perplexed why those changes weren’t made,” Hart said. “What exactly is in the way of the school to actually make those changes? Is it still committed to this legacy of a slave owner?”

Hart emphasized that discussing how Ephraim Williams is portrayed is just as important as the actions the College has promised to take to support racial justice. “I’m unearthing this history because I want you to understand that it’s very hard to find this information about Williams College,” Hart said. “And when [revisionist history] happens it is, generally speaking, an intentional erasure of the history so that we can create some revisionist experience about it.”

“It should also be of no surprise that these sort of conditions have not ended for Black students at Williams,” she continued. “That’s why I wanted to call today’s presentation ‘(Calling Out) Williams’ rather than ‘Claiming Williams’ because as a Black person, but also as a person, I was appalled at the experiences of Black faculty and students at Williams College.”

Hart mentioned the threatening hate letter sent to a Black queer staff member in 2020 and the 200-person march that occurred in solidarity with two Black faculty members who left, citing racism at the College and in the Town, in 2018 (this latter event presumably refers to the leaves of Assistant Professor of English Kimberly Love and Assistant Professor of Women’s, Gender and Sexuality Studies Kai Green ’07 in the spring of 2019). Hart also discussed posts from “Black at Williams,” an Instagram page created for Black members of the community to share their experiences at the College.

When asked during a moderated Q-and-A session about how she could “verify the claims of these students without actually being here,” Hart said that this discussion was more of a matter of whether or not people were ready to believe the experiences of a Black person, rather than a search for evidence. Earlier in the webinar, Hart had asked the audience to consider why they needed verification to take action when in the past, facts have not prevailed.

“One example I will give you is the heartbreaking story about Laquan McDonald, who was murdered in Chicago by a white police officer who had over 100 complaints against him about racism,” she said. “So the next time that you say ‘oh, we just need a lot of information about this, or a lot of data, or we need to collect more information and then we can take action,’ consider that that has a lot to do with silencing Black people and our concerns.”

Hart concluded the webinar by sharing a passage written by the late poet and activist Audre Lorde, who would have turned 87 years old on Thursday.

“[Lorde] spoke often about breaking our silences and really speaking out against the things that we experience and not holding our anger but actually expressing our anger so that we can be free of it,” Hart said. By breaking the silence, Hart continued, there can be a “trail of experiences” for future members of the community to discuss.

“No institution is willing to separate themselves from white supremacy, and that’s just the truth,” Hart said. “There has been no institution that has done that work, so Williams is going to have to be the model. The pressure is on Williams.”