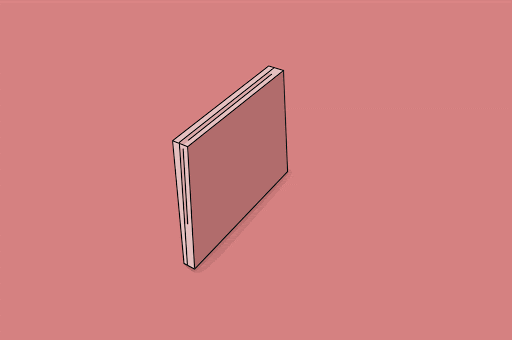 The College has welcomed back hundreds of students in the past week. For many of these students, Valentine’s Day was spent in quarantine. Thinking of all those students socially distanced or quarantined from loved ones, the Record reached out to professors who study poetry asking for recommendations for love poems. The Record received five responses and compiled them into a small list of recommendations.

“There have been lots of love poems traded on social media the past few days,” Cleghorn writes. “My taste at the moment runs to Sappho, the great ancient Greek lyric poet. She gives me what I most crave from a love poem: vivid desire. Here’s a bit from one of her most famous poems:

“‘Glimpsing you but for a second unvoices me, /speech impossible, //my tongue a boat-broken wave, some fire’s thin husk /burns its fine edge beneath my skin, as if blind, /my open eyes see nothing, some hum, some buzz, /is all I can hear. . .’”

Feldman writes, “One of my favorite love poems is Robert Penn Warren’s ‘Love Recognized,’ which is wonderful for its conceit — which I consider a truth — that loving someone is not so much a state of being as an event. He writes,

“‘Many things keep happening and / You are one of them, and the happening that / Is you keeps falling like snow / On the landscape of not-you.’

“I also love how this poem takes its central metaphor, that the beloved is falling like snow, and treats it literally. The poem ends,

“‘But you, like snow, like love, keep falling, / And it is not certain that the world will not be / Covered in a glitter of crystalline whiteness. // Silence.’”

Feldman also sent a link to a recording of the poem on Spotify so that one can listen to Warren read the poem himself.

Associate Professor of English Jessica Fisher: Frank O’Hara’s “Having a Coke with You”

“Oh there are so many wonderful love poems!” Fisher writes. “But it’s hard to find a more joyful one than Frank O’Hara’s ‘Having a Coke with You,’ which reminds us that life unfolds in the present, in moments as sweet and effervescent as Coca-Cola, and that to love well matters more than anything. It’s a hard poem to quote from, but in it, he beautifully captures the mutual unfolding of time spent with the beloved.”

“‘it is hard to believe when I’m with you that there can be anything as still / as solemn as unpleasantly definitive as statuary when right in front of it / in the warm New York 4 o’clock light we are drifting back and forth / between each other like a tree breathing.’”

“There are times when a love poem is not just a love poem,” Hicok writes. “Audre Lorde’s “Love Poem” is a case in point. Published in Ms. Magazine in 1971, it served as both a personal and political statement, an act of defiance in the face of the homophobia Lorde faced in the English department at John Jay College of Criminal Justice where she was teaching. After the poem was published in Ms., she brought it into the department, and, in a further act of defiance, tacked it up on the wall for all to see.”

“It’s a singular “love poem” in so many different ways,” Pethica writes.  “Firstly, because it’s about a parting between established lovers. That’s not so unusual, but the poem starts with a stanza about people dying, framing what follows, at least in part, in terms of the inevitability of terminal parting. But the poem then makes its extraordinary turn into proclaiming that their parting is nothing to fear, since their love is beyond that of the merely physical (for ‘dull sublunary love[r]s’’ the ‘soul is sense’): they, by contrast, are ‘inter-assured of the mind’ so physical parting is nothing. The poem’s greatest power, for me, comes in the last four stanzas: first, the lover assures that this parting will not be a ‘breach’ but an ‘expansion / Like gold to airy thinness beat,’ and then follows one of the finest ‘metaphysical conceits’ of the Elizabethan-Jacobean era —  their love compared to a set of drawing compasses — interdependent, and mutually creative.

“Read in terms of today’s gender politics, some might find this conceit’s association of the male lover with action and agency (he is able to “roam” in drawing the circle) while the (implied) female lover is the ‘fixed foot’ —  but that’s hasty: it’s not just that the poem reconceives 17th [century] gender roles so deftly — the active verbs are associated with her — she ‘makes’ his describe the course he does, but that the erotics of the language, too, subvert and complicate — she has ‘the firmness’ and her arm of the compass is the one that ‘grows erect’ as ‘his arm’ returns home. The poem is playful, ideologically complex, philosophically hard-hitting and — most of all — moving and intimate in its profession of mutual trust and understanding.”