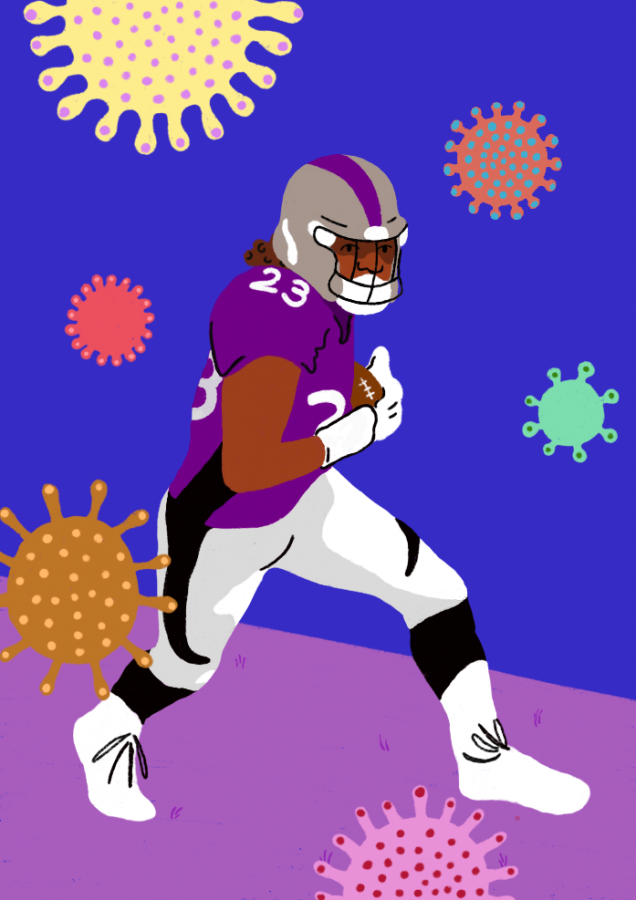 After all athletic events grinded to a halt due to COVID-19, the world of sports has been slowly making a comeback. Soccer leagues in Europe were the first to resume. The NBA and MLB soon followed, and the NFL hosted its first pandemic-era Super Bowl last weekend. Even college football and basketball are back.

Now, signatories of an online petition ask: why not the NESCAC?

In January, a petition calling for the NESCAC to resume inter-collegiate competition in the spring — despite the ongoing pandemic — was launched on change.org. Within a week, it had gathered 2,500 signatures. At the time of publication, that number has risen to 3,083. The petition has been met with skepticism from many members of the College athletic community, although some said they sympathized with the petition’s aims.

“It has since been proven that athletic competition can be conducted safely,” the petition reads. “This has been true at the professional, collegiate, high school, and youth level. This past fall, NESCAC students proved that they could return to campus, the classroom, and the practice field safely and responsibly. They should be afforded the opportunity to prove that they can return to athletic competition in the same manner.”

On Jan. 27, the NESCAC released a statement about the uncertainty of the spring season. While it did not directly mention the petition, it addressed many of the concerns raised by its contributors and signatories.

“After a careful review, the NESCAC presidents have agreed that conditions will need to improve significantly in order to conduct conference competition this spring,” the statement read. “In the meantime, each of our institutions will continue to do everything we can to provide meaningful opportunities for our students to engage in athletic activities on campus.”

Athletic Director Lisa Melendy further addressed concerns raised in the petition from the perspective of the College. According to Melendy, the reopening of other larger athletic conferences is not comparable to the situation faced by the NESCAC.

“Div. I programs are making choices given different parameters and pressures,” she wrote in an email to the Record. “Div. I programs have different priorities and resources dedicated to athletics. The choices we have made at Williams, and in NESCAC, seem consistent with the educational mission and values we hold.”

Many athletes at the College have expressed significant doubts about the petition, among them Russell Blakey ’23, a member of men’s cross country, who called the petition “willfully ignorant.”

“Athletic competition can be (and has been) conducted safely when every team in the league quarantines, when they all become one massive pod,” he said. “But that’s not possible with student athletes.”

Blakey cited the difference in academic schedules, the sheer distance between schools, and the risk of spreading COVID-19 among close contacts as challenges to the safe resumption of spring season.

Kirstin Mapes ’21, a member of women’s softball who decided to take a year off last spring in an attempt to preserve her final softball season, also questioned the feasibility of the petition.

“I’ve heard a lot from the administration and people who are talking to both the president and the administration at Williams, and I know they’re very much pushing for spring sports,” Mapes said. “So I think they already know how badly we want to play, and it’s kind of redundant for Williams [students], particularly, to sign [the petition].”

Mapes added that she understands the desire to compete. “I completely get it,” she said. “If we get to play one game against Amherst, I’ll be happy. But there’s some things that are just not feasible. If it’s not safe, it’s not safe. And the community comes first.”

The fate of the spring season is still up in the air. While conditions would need to improve for competition to occur, the NESCAC will not make its final decision until late February or early March.

Despite uncertainties, a delayed, limited spring season remains possible. “If conference competition proves feasible, regular season conference play would likely not start until late March or early April, and would necessarily be limited in scope and duration,” the Jan. 27 statement from NESCAC read.

Billy Shea ’22, a co-captain of men’s baseball, is among those holding out hope that his team could safely compete with other colleges in the area, while abiding by College public health guidelines.

“We recognize that the school has been tasked with a difficult decision of whether or not to play sports this spring,” Shea said. “Our team just hopes the administration will think about the decision sport-by-sport. For example, baseball is inherently a socially distant sport. It has already proven feasible in collegiate and AAU [Amateur Athletic Union] summer leagues in addition to the MLB.”

Along with other spring sports teams, men’s baseball lost their season last year. Shea said that the loss of another season would severely impact the college experience of him and his teammates.

“Athletics at Williams has always been a critical component of the student experience,” he said. “The prospect of a second spring season being cancelled would be devastating to the mental health of student-athletes who have trained rigorously since last March and have consistently complied with the Colleges’ protocols to [ensure] a safe fall.”

Last November, along with tennis, golf, and softball, men’s baseball sent a letter to President Maud S. Mandel, Director of Student-Athlete Services Carolyn Miles, and Melendy, asking for “a more local, shorter season” that falls within the College’s public health guidelines. In that letter, signatories stated their dedication to communal safety as well as their willingness to make modifications to minimize inter-personal contact during games.

The possibility of holding any inter-collegiate games, however, will always be contingent upon the public health status at the College, Melendy noted. “If [NESCAC presidents allow competitions], we have developed a responsible plan that puts the health and safety of athletes, coaches, staff, and campuses at the forefront of any decision to compete,” she said.

Katrina Wheelan ’21 is returning to campus for her last season on women’s crew. While the team has been an important part of her well-being and college experience, she said that the NESCAC should resume competition when and if it is safe to do so, regardless of student signatures.

“As a spring athlete, I recognize that it is difficult and disappointing to miss a second year of play,” she said. “However, NESCAC competition this spring should depend on public health considerations rather than the interests of students… I strongly believe we should prioritize the health of our communities over rowing or playing lacrosse.”

“We are not entitled to compete; it is a privilege,” Wheelan said.

Like Wheelan, Mapes also plans to return to campus in spring, knowing that having a normal season would be a long shot. “Just being able to go back out on the field and play would be everything,” she said. “If it’s doing scrimmages against my teammates, so be it.”