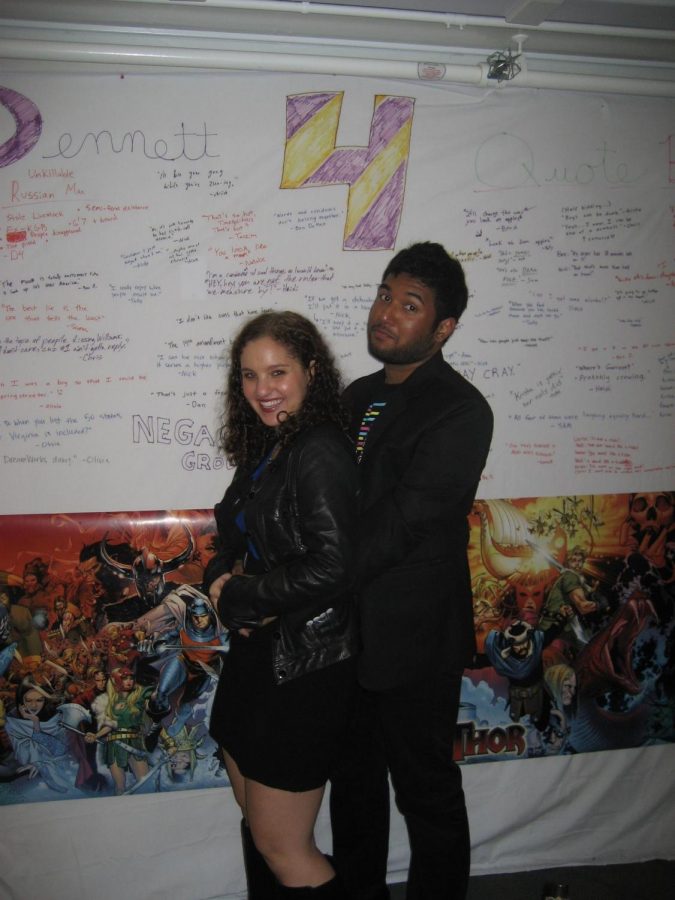 Lauren Bender ’15 and Tanzim Milkey ’15 have been together since the first week of their first year at the College. (Photo courtesy of Tanzim Milkey.)

“I feel incredibly grateful to the Williams housing department right now,” Lauren Bender said in her vows for her wedding in the summer of 2019. She and her husband-to-be were placed in the same entry and WOOLF group in their first year and spent the first couple weeks flirting their way through hikes and entry snacks.

Nothing happened until the first First Fridays — a College program cancelled after 2015 that hosted a dance at Goodrich Hall on every first Friday of the month — when Milkey, jealous of the person Bender was dancing with, went up to her and asked, “Do you want to dance with me?”

And the rest was history.

“We just got really lucky,” she said. “We clicked so instantaneously and fell in love so quickly. That’s not to say that everything has been easy ever since then, but we’ve been through a lot together.”

“We also come from two very different backgrounds,” he added. “There is no other place on Earth that we would have met outside of Williams because I grew up poor, and Lauren’s family paid full tuition.”

Culturally and ethnically, Bender and Milkey were very different as well. Milkey is Bangladeshi and Muslim, and Bender is Jewish. One of their most cherished memories is the first time their families and friends met.

“It was a blending of cultures, and the people that we love — a bunch of our friends got to meet each other for the first time,” he reminisced. “And they all clicked, and it was just all so harmonious and lovely.”

“Just the way that we were able to combine the cultures but still make it our own was really special,” she said.