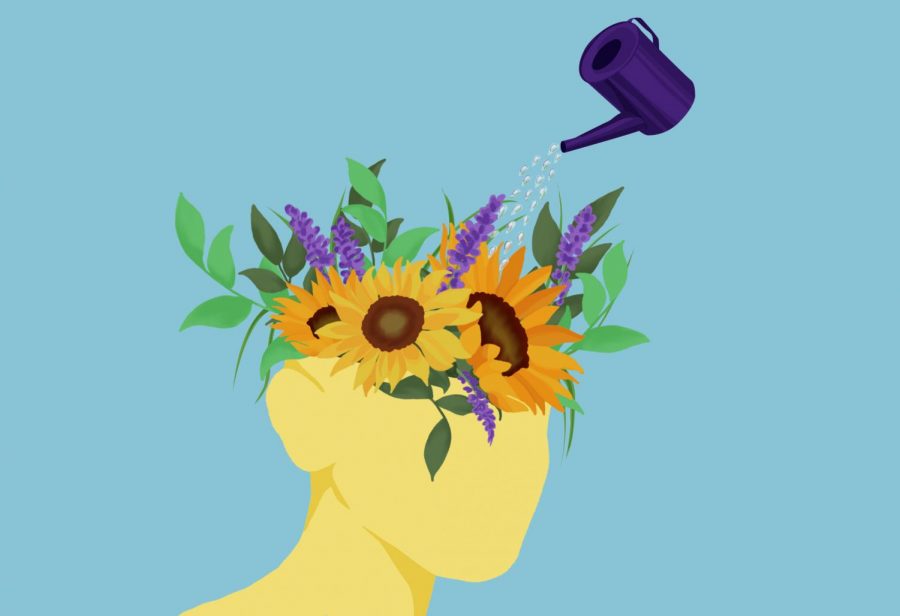 Between taking classes during a raging pandemic, a contentious presidential election, and just about everything else, 2020 proved to be an extraordinarily stressful year for Williams students. Many students experienced difficulties with mental health and, in response, the Junior Advisor Advisory Board (JAAB) asked the College to hold a mental health day on Election Day (Nov. 3). The day would have involved suspending the day’s classes and activities so that students, faculty, and staff could healthily take in the emerging news.

However, the College denied the request, adding momentum to the growing question of how the school can work to alleviate and prevent student mental health issues amid a troubling world.

While the College works to answer this question, adapting its mental health efforts to operating during a pandemic, student groups have begun to fill the gaps and call attention to student needs. Working to address the unique challenges brought by the fall semester, their combined efforts point to paths toward an improved response this spring.

The Unmasked Project social app is one avenue of mental health care that has emerged from students themselves. The platform, which provides a forum for anonymous discussion posts, allows students to freely express their academic struggles, family matters, and other frustrations, and most importantly gives them a space to exchange advice and consolation with other users. Last spring, several students created a branch of Unmasked for Williams students specifically to use, and since then the College’s Unmasked community has grown to over 430 users.

Claudia Iannelli ’23, one of the students who brought the app to the College, said she is proud of how much interaction has grown on the app, both in discussion posts and in the increasing number of students who continued to use it through the end of this past semester.

“Many have been asking for advice and thoughts on students’ decisions to return to campus or remain remote for the spring semester,” Iannelli said. “There are mixed opinions on this but the students who are remote seem to want to come back because they miss campus and routine. Also, there’s been posts about on-campus students [who are] sad and nervous to return home until February.”

Other student-led efforts to address mental health challenges took place in-person. JAAB had to deal with the unprecedented challenge of welcoming a class of first-years in the middle of a pandemic and of fostering a sense of community among both remote and on-campus students under a strict set of public health guidelines.

JAAB Co-President Surabhi Iyer ’21 shed light on the process behind preparing JAs for this year’s work.

“Because we didn’t know much about how the pandemic would affect life on campus (or whether we would be returning to campus at all), we were not able to do much specific COVID-related training for JAs,” Iyer wrote in an email to the Record. “We did focus a good portion of JA scenario training on pod dynamics and the possibility of having frosh who do not take the rules seriously, and we also placed a greater emphasis on the importance of virtual community-building to engage the entry.”

Request for a mental health day

Among the many challenges students faced this semester, one topic caused more commotion than any other, both on campus and virtually: the presidential election.

On a social app like Unmasked that is based on the principle of user anonymity, moderating partisan politics added a new dimension to preserving student mental health. “It was really important for us to try and keep our opinions and political views at bay when looking at some of these posts,” Iannelli said. “As long as conversations aren’t turning hostile or harmful, we think open dialogue on the app is important because you can get a wide range of perspectives … especially since people are more likely to share honestly when anonymous.”

Iyer explained that JAAB made the decision to ask for a student mental health day on Election Day in response to growing anxiety around both the pandemic and the impending election. The idea formed as an integration of the personal experiences of JAs, input from first-year students, and the understanding and experiences of JAAB seniors.

“[JAAB] felt that student mental health on campus had reached a significant low and that, during this unstable time, it was very difficult for many students to take on the challenges of a Williams workload while caring for themselves in the ways that they needed,” Iyer said.

The College ultimately denied JAAB’s request. Although some professors took it upon themselves to cancel their classes that week to give time off for their students, others continued with their normal schedules.

Iyer said she was not surprised by this decision. “I think that the lack of a unified response among faculty to the stressors of Election Day and the pandemic is indicative of a broader lack of discussion about the effects of global/national circumstances on student life and mental health,” she said. “Often, it seems that faculty or administrators are not aware of the depths of the issues that students are facing — both individually and as a collective — until they have a conversation with students.”

The main office of the College that deals with student mental health is Integrative Wellbeing Services (IWS), which includes a team of therapists (and one psychiatrist) offering one-on-one support sessions, workshops, special events, and outreach activities to students. In response to the challenges the pandemic presents, IWS also provides its services on virtual platforms such as Talkspace for remote students.

During this winter break, IWS is hosting “ChooseWell Winter ’21 — A New Year for You,” which is a series of workshops aimed at promoting student engagement and well-being. Offerings include creative writing sessions, social identity discussions, and sourdough baking, among others. Several of these workshops are being held throughout the day, four or five days every week, through early February.

According to IWS Director Wendy Adam and IWS Assistant Director Alysha B. Warren, student demand for IWS services was slightly lower than expected and lower proportionally than last year during the equivalent time period. Although psychotherapy services can only be offered to on-campus students due to licensure and liability issues, IWS has consistently emphasized the availability of Talkspace for remote students.

In an email to the Record, one factor Warren and Adam attribute to the decreased demand is screen fatigue; many students who might benefit from IWS services may not want to stare at their computer screens on top of what their virtual classes and extracurriculars require.  They took an optimistic view of decreased demand as well; positive factors such as increased student sleep, reduced course load requirements, decreased commitment to clubs and socialization, and increased time for other pursuits may have led to an improvement in overall student mental health, they said.

Iyer, however, said that JAAB has observed more negative than positive effects on students’ mental health this past semester, and said she thinks that a major reason for the disconnect between students and faculty is a lack of communication.

“It’s great that we have resources like IWS for individual students, but the issue of mental health also needs to be approached in a systemic way,” she said. “Taking this systemic approach would require faculty and administration to understand the particular challenges that students are facing in returning to an academically demanding college environment in the middle of an ongoing global pandemic.”

Iannelli agreed that a combination of support from other students as well as IWS was key to helping students. “We have a page on the app directing students to specific resources that include Williams resources, like IWS, and more general resources, like Talkspace or Calm,” she said. “We try to guarantee Unmasked to be a safe space for Williams students. The app is a great addition to the mental health resources offered at Williams but it should not be a substitute for professional help.”

Reflections on the fall, plans for the spring

Iyer, along with the rest of JAAB, is working to facilitate conversations between students and faculty on how mental health days can be incorporated into the College’s calendar in the future as well as how mental health should be considered in general. “Hopefully,” she said, “these conversations will start a long-overdue discussion about the more stressful side of academic culture at Williams, and lead to a greater understanding of the importance of systemic measures for student mental health and community care.”

Recently, three “Health Days” have been scheduled for the spring semester — on April 21, April 22, and May 7. Dean of the College Marlene Sandstrom met with students to discuss their vision of what these days should provide for students in a spring academic calendar condensed by the removal of the traditional spring break. In an email to the Williams community, she said these Health Days should serve as “an opportunity for students to take a break from their traditional academic responsibilities, and to immerse themselves in whatever activities bring them relaxation, rejuvenation, and (hopefully) joy.”

Reflecting on the fall semester, Sandstrom praised the Williams community for weathering many difficulties. “One of the resounding messages we have received over the past few months is gratitude that we were able to keep the college moving forward, and thus allowing students to move forward with their academic plans,” she told the Record.  “Though the semester was not normal in any sense, it allowed for forward momentum and a sense of community.”

When asked about the school’s denial of a mental health day on election day as well as students’ generally low morale around mental health, Warren and Adam focused on individual decision making. “While taking needed time off to rest or having set days to do this can be supportive of overall well being, and are at times essential, it is the day to day decisions students make and wellbeing practices they implement that most impact their ongoing mental health,” they said.

Warren and Adam also cited positive changes students can make in their lifestyles — such as better sleep, nutrition, exercise, and reaching out for help — that can steadily prepare them for what the world throws their way.

“These practices are even more essential in times where environmental stressors are especially difficult and chronic — like the pandemic, ongoing racial injustices and trauma and economic difficulties,” Warren and Adam said. “In this sense, every day is a mental health day, replete with opportunities and the ongoing personal invitation to engage in practices that support wellbeing, regardless of one’s schedule.”