Conversation with Brad Wells, founder of Roomful of Teeth 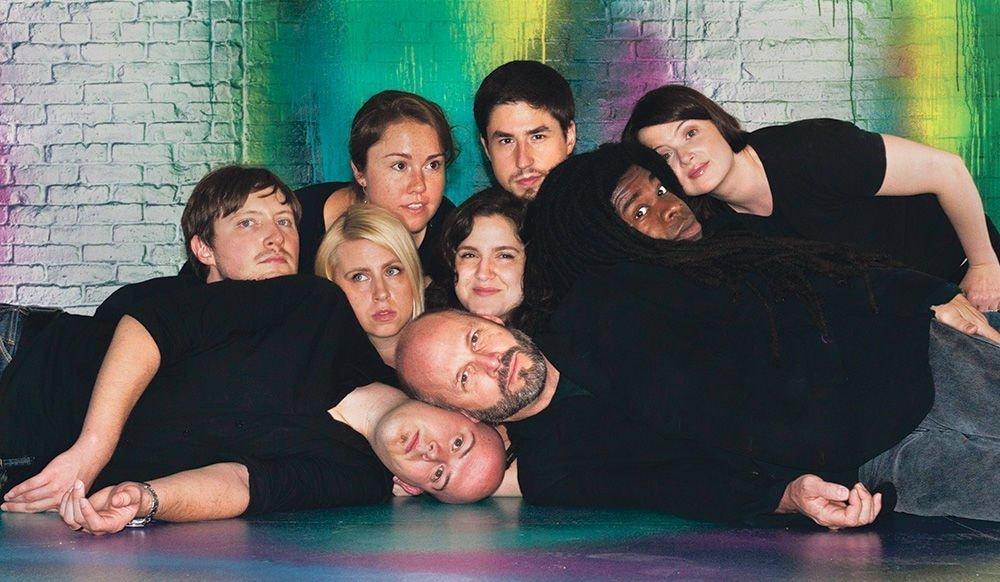 Roomful of Teeth, the contemporary vocal ensemble founded by lecturer in music Brad Wells, performed in Chapin Hall last Friday before an enraptured crowd. I got the chance to sit down with Wells and ask him some questions about Teeth before the concert.

How did you first get started with music?

I went through a ton of instruments; violin, trumpet, piano, guitar and clarinet. I still play guitar and piano, but I got serious about singing in high school and college.

Did you know that Roomful of Teeth was a project you wanted to do for a while?

In college, I started getting interested in out-of-the-ordinary uses of the voice. I didn’t know quite what form or shape it would take. It took a number of years of both getting to know vocal traditions from around the world and meeting practitioners in those traditions and having the confidence that they could teach those traditions to classically-trained singers.

How has Teeth changed musically in the ten years since its founding?

In the first few years, there was a kind of signature sound, both based on the voices I compiled and the techniques we studied, like belting and yodeling. Several of the singers got really good at that, and the composers got interested in how those things sounded, so it became a self-fulfilling thing. People will now say “Oh yeah, that sounds ‘Teeth-y’” if someone writes a belt-y or yodel-y passage. It’s also spreading in different directions though: we’re doing a Berio sinfonia [a 1968 piece by Italian composer Luciano Berio] that we’ve done with orchestras around the world, and I feel [that] it fits the group really well. It asks for this Protean ensemble that can talk and scream and sing and do any matter of things. And I’m interested in aspects of the voice that appear in, say, death metal – what happens within the voice when it goes in and out of pitch in a Screamo way? Composers are exploring that.

Wow. Would you consider composing anything in the Screamo tradition?

Yeah… [It’s] probably not in the tradition [laughs]. Bill Brittelle’s Psychedelics, which is a great example of a second-generation Teeth piece. The raw vocal techniques are so organically incorporated. We want things to be far from the original traditions, not cookie cutter

So just how many composers have written for Teeth over the years?

Not counting student composers, probably 20 or 25. It is always nice when earlier composers loop back though. Brittelle almost feels like a house composer now, since we’ve worked with him since 2010. We’re thinking of doing an even bigger piece of his. With lasers.

Do you have a dream composer you’d like to collaborate with?

A few come to mind – one is the original inspiration, Meredith Monk. She’s a performer who’s been down in [Greenwich Village] since the ’60s. The way she uses her voice was really an inspiration to me for finding new musical vocabularies and leaving the tradition of the classical, operatic sound. The contemporary voice can be all sorts of things.

I was struck by the rawness of Teeth’s music. How do you work emotion into your performances?

For me, it’s so much about the music connecting with both the performer and the audience. As with a lot of things, the more you live with it, the more you get out of it. We do keep a certain distance in rehearsal, I think, and turn the emotional stuff on for performance. We just started performing David Lang’s piece The Little Match Girl Passion? this summer, and it’s devastating. The group definitely knows how to bring theatricality that generates emotion. They’re like method actors.

Method actors – I like that. Have you considered doing theatrical pieces with Teeth?

We’re starting a kind of theatrical project in January with Bryce Dessner from The National. Here’s the crazy thing – Teeth is pretty gig-focused. We normally do one or two days of rehearsal, and now we’re locked into four weeks of rehearsal at Mass MoCA and BAM (Brooklyn Academy of Music). It’s a whole new ballgame when it’s staged.

Do you think Teeth attracts people who might not otherwise listen to more traditional vocal music?

Caroline Shaw [a composer for Roomful of Teeth who won the Pulitzer Prize for Music in 2013] and her sort of visible cross-genre work as well as appealing music has maybe helped people outside of the new music world listen and appreciate new music. I’m not sure Teeth has done that kind of thing yet. What I do notice at a lot of Teeth concerts around the country is that a lot of people who aren’t necessarily interested in new music get super excited about what they’re hearing because it’s accessible and energizing in a way that more serious, densely composed music might not hit. The more people who can find meaning in what you do, the better. On the other hand, that’s a fool’s errand. Better to just keep making music you think is awesome and if people dig it, that’s great.