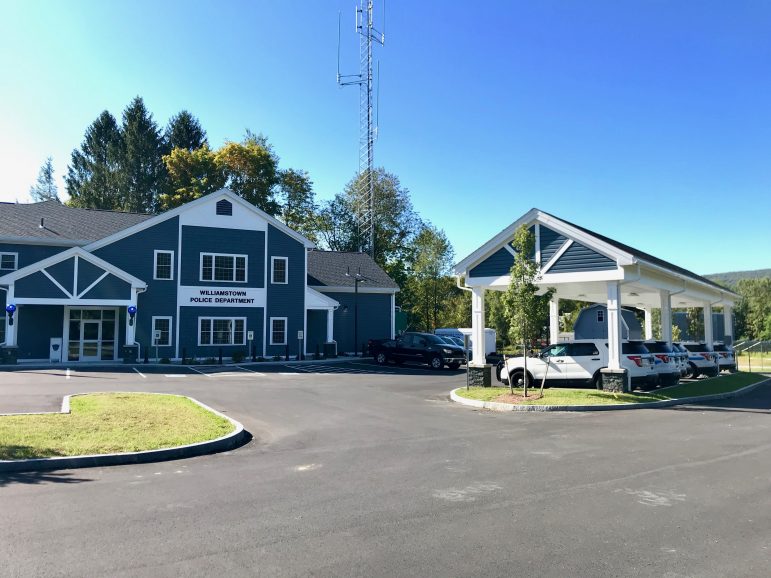 Hoch announced that WPD Lieutenant Mike Ziemba would take responsibilities for Johnson as interim chief. In the meantime, local residents called during the meeting for a nationwide search for a new police chief — much like the process that the Select Board for Adams, Mass. underwent for its search this year.

Effective immediately, Johnson’s resignation comes in the wake of a federal lawsuit that alleged sexual assault, anti-Semitism and racial harassment committed by Johnson and officers under his command. Some of the allegations have been confirmed, including a 2014 incident in which a WPD dispatcher shouted the N-word when a Black Williams student was being given a tour of the station. The lawsuit also alleged that Johnson himself created a discriminatory environment and detailed instances in which Johnson allegedly sexually and racially harassed officers, including the plaintiff.

Hoch previously decided to retain Johnson in October, after three out of the five members of the Select Board — Anne O’Connor ’86, Jeffrey Thomas and Hugh Daley — expressed their support for retaining him. Local police accountability organizers, including members of Williamstown Racial Justice and Police Reform (WRJPR), called for his removal, and two Select Board members, Jane Patton and Andy Hogeland ’76, also supported his removal.

Bilal Ansari, a member of the town’s Diversity, Inclusion, Racial Equity committee (DIRE), expressed thanks to WRJPR for having “led the way” on racial justice issues within Williamstown.

“I absolutely look forward to following [WRJPR’s] leadership in going into the new year and what that brings,” Ansari said in the meeting. “I believe there needs to be a national search. I want us to be very optimistic about being able to find that one [chief] who is out there for us.”

Hoch and the Select Board members reaffirmed their commitment to continuing serving in their positions, after a Williamstown resident called for those who voted to retain Johnson to resign.

“Respectfully appreciate the comment, and respectfully disagree,” Thomas said regarding the resident’s call. Hogeland and Daley also said they would not resign.

O’Connor said that she thought about resigning at various points during her tenure. Still, she said she wants “to stay on as long as I thought I could be an effective part of moving us forward toward transformation and change, which I do think is necessary.”

Hoch and Patton did not comment during the meeting regarding the call for resignation.

The WPD and Johnson faced increased scrutiny this fall following further revelations surrounding the WPD. In late September, WPD officer Craig Eichhammer was one of the officers listed by Berkshire County District Attorney Andrea Harrington as having engaged in or having been accused of misconduct that would undermine their credibility as witnesses in court. In November, the WPD dispatcher involved in the 2014 racial harassment incident resigned after acknowledging that he made a series of racist, anti-Black Facebook posts.

Peg Kern, a member of WRJPR, said this is a “hopeful moment” for the town.

“My sincere wish is that this marks a new chapter here of vigorous police accountability and reimagining public safety beyond precincts and patrol cars,” Kern said. “We cannot forget what happened here. There is much work ahead of us, and we are ready to get started.”