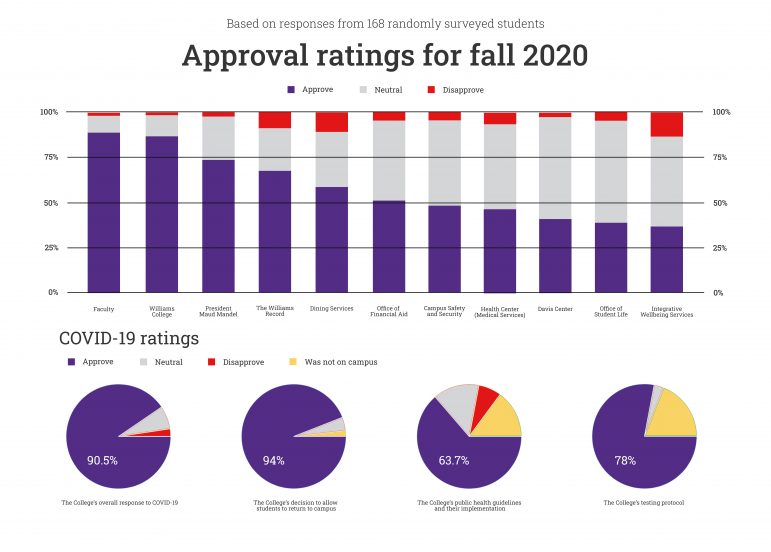 Last week, the Record sent its biannual approval ratings survey to 500 randomly selected students, who were given the option to indicate whether they “approve,” “disapprove” or feel “neutral” regarding various campus figures, institutions and policies.

The results of the survey revealed broad approval of the College’s response to COVID-19, though most institutions experienced a decrease in approval as compared to last spring.

Compared to the results of the approval ratings survey from the spring 2020 semester, approval of the College remained the same at 86 percent, while approval of President Maud S. Mandel and the faculty both dropped by 5 percent to 72 and 88 percent, respectively.

The student government body has consistently received the lowest approval rating in recent years, a trend which continues this fall. The Three Pillars experienced a decline in approval from 21 to 12 percent and was also the survey item most disapproved of, at 13 percent disapproval. The other 85 percent of students expressed a neutral attitude toward the Three Pillars.

While student approval of the Health Center fell slightly from 46 to 45 percent, the disapproval rate went from 21 percent disapproving to 8 percent, an improvement of 13 percent.

Not all percentages may add up to 100 due to rounding.