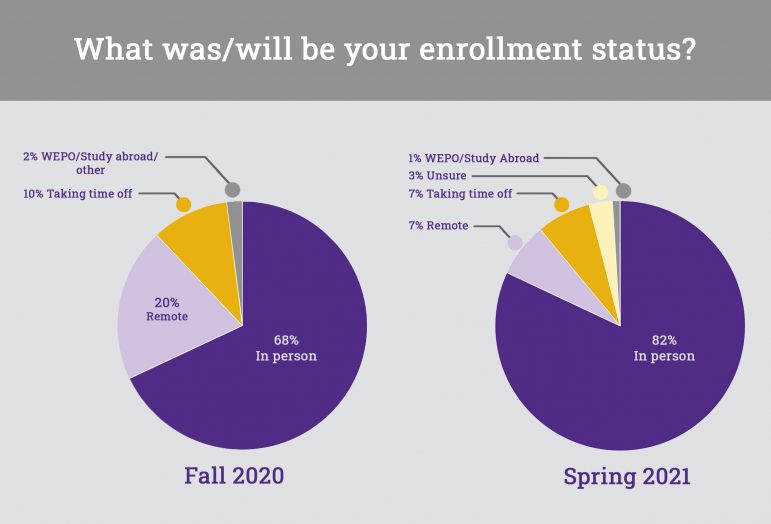 Meanwhile, only 7 percent of respondents said they plan on enrolling remotely, a drastic decrease from the 20 percent who said they were enrolled remotely for the fall semester. Another 7 percent indicated they plan on taking time off, similar to the 10 percent of respondents who said they did so this semester. (Included in this number are first-years taking time off, whom the College required to take a full-year leave.)

Only three percent of respondents — 21 students in total — said they are still unsure about their plans for the spring semester. The intent to enroll deadline is on Dec. 1.

Other factors listed as options were extracurriculars, family & home lives, career plans, athletics, personal financial situations and romantic relationships, each of which was selected by between 20 and 40 percent of respondents. 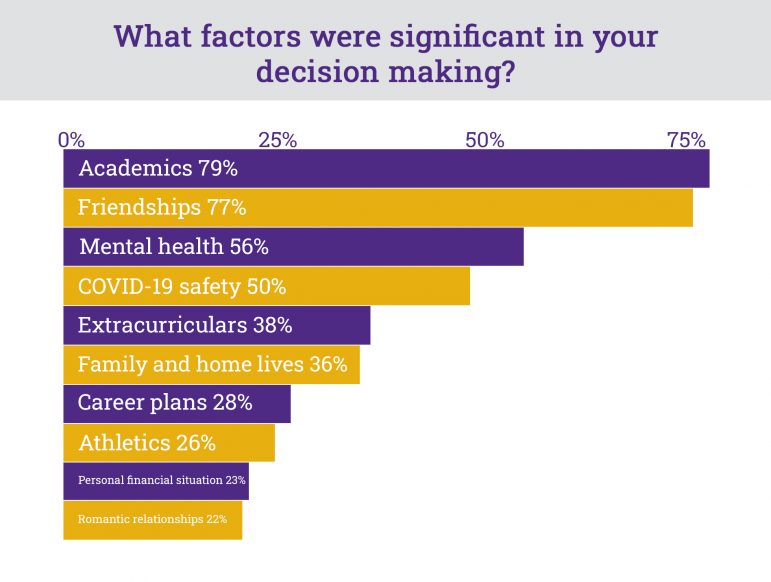 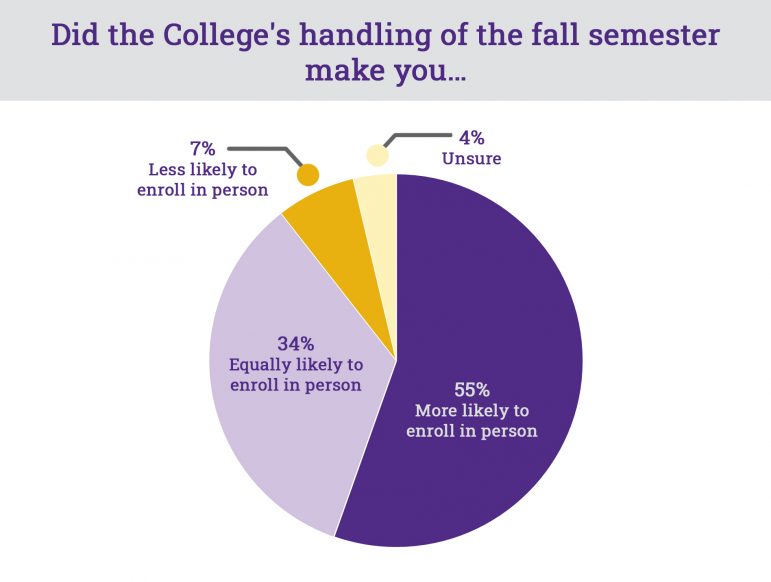 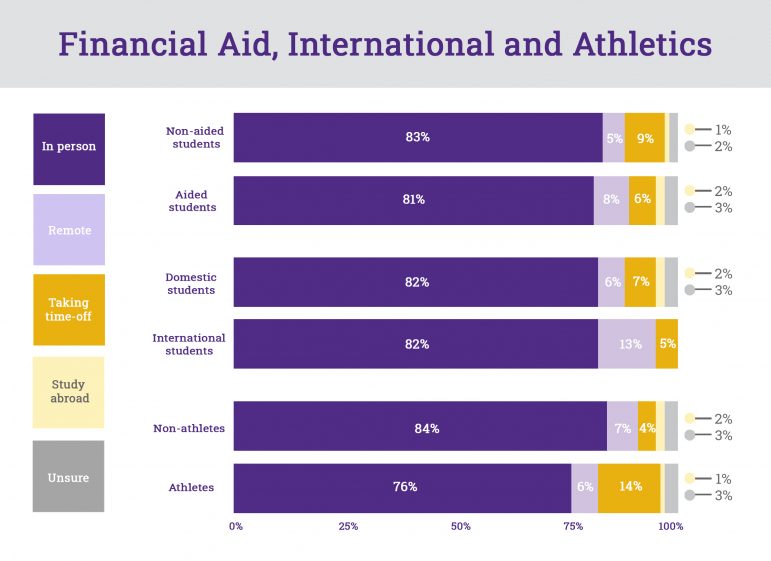 Statistics are helpful, but they can’t tell the full story. In addition to running a survey, the Record also profiled six students about their experiences and decisions regarding the spring semester.