The First Intrapodular Championship of Corridor Soccer, or the strange sports we created to stay sane 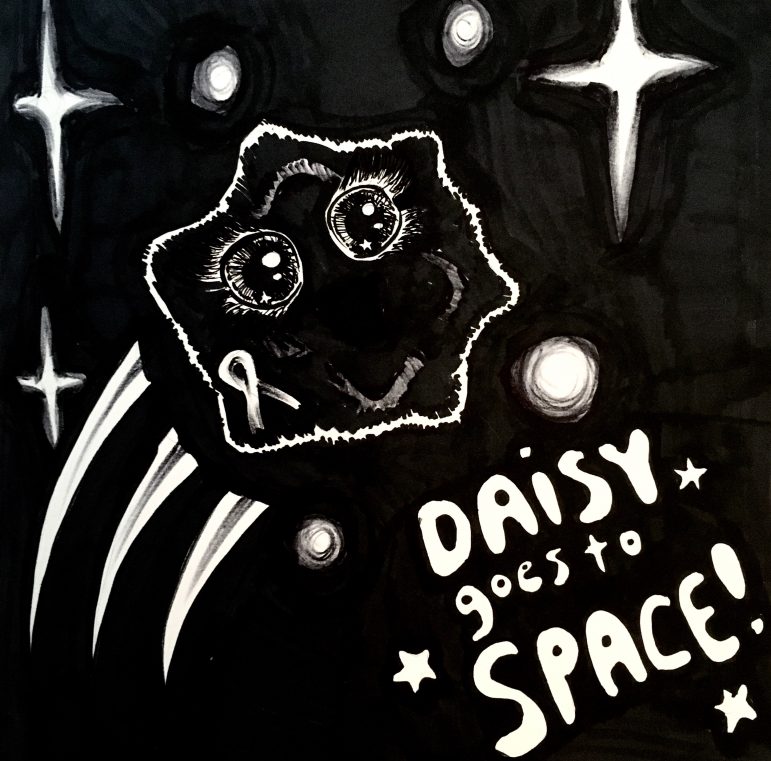 Daisy, a product of GIANTmicrobes™, was the absolute star of Corridor Soccer games. We may have kicked her out of the door a few times, but just a few. (Graphic courtesy of Allyse Pratt ’22.)

The First Intrapodular Championship of Corridor Soccer drew to a close over the weekend. It ended as it had started: suddenly, unplanned, in the empty corridor of Mark Hopkins, A2. No winner was announced, and future fixtures remain uncertain.

If you have never heard of the First Intrapodular Championship of Corridor Soccer (or the FICCS, as no one has ever called it), do not worry: You should not have. It is, at its least, a silly game designed and played by children above the age of 18, and at its best, an inside joke among college students, the kind of joke that will elicit a nostalgic laugh over a beer or two, 10 or 20 years later, at an alum reunion.

Literally, it is where two barefooted students square up in an irregular, narrow corridor, furiously kick at a quasi-spherical plush toy and try to land said toy under the little space beneath one of the exterior closets, which serve as goals. Figuratively, it is a ready excuse to express restlessness, to relax stiff backs and tired eyes, to search for sanity in the small, safe space of my pod, to create — just for five minutes! — the dear sense of normalcy.

Had it not been for Daisy, the FICCS would not have been invented. Daisy is a product of GIANTmicrobes™, a company that makes plush toys that resemble microbes. Daisy happens to be somewhat spherical and roughly the size of an apple, the perfect shape to be rolled or thrown or kicked or bounced around. That was the most readily apparent purpose it could serve, so serve it did: as our surrogate soccer ball.

The FICCS started after my podmates and I had all just moved in and cleared initial quarantine, and I had presented Daisy for entertainment. Someone gave Daisy a halfhearted, joking kick, volleying it straight into the closet (you know, the closets in the Greylock hallways). Another rose to challenge his possession, at first for amusement, then for semi-serious competition.

We soon made two discoveries: One is that Daisy rolls surprisingly well for all her irregularities and the second is that we are all terribly out of shape. To combat the onset of quarantine boredom, therefore, and to fight the dangers of a sedentary lifestyle, the FICCS came to life.

There is no court, or pitch, or field. No lines, no rules, no refs. In fact, what characterizes corridor soccer is how ridiculously unprofessional it is: it’s a game scraped together by what a limited life on campus has to offer.

Sometimes, as I see people playing volleyball in Sawyer Quad, or spikeball in front of Greylock, I am reminded of the kind of energy that even a pandemic cannot stop: the restlessness that must be expressed one way or the other, even when courts are closed and equipment unavailable.

In a way, quarantine has served to demystify sports and athleticism: what is usually so professional, so structured and sometimes prestigious has been suddenly reduced to what it originally started off as: an inherent desire for competition, a youthful expression of energy and liveliness.

Over time, corridor soccer became a tradition in our little intrapodular world. “A round of Corridor soccer?” became a common greeting after long afternoon classes, or a late night at the library. We kept an ongoing tally on a makeshift scoreboard made from the back of a paper bag and pinned it to the wall. Corridor soccer offered a brief window where we could shift gears from chemistry or history to a little rolling object in front of us, when we could simplify the world into a ball and two human beings contesting it.

It is a game played not for its results, but for its process: whether a win or a loss, we will always let out a deep breath, say “Good Game!” to each other, knowing that now real life and its sense of burden will resume. The winner takes their tally, the loser puts back the ball, and both will disappear into their private bubble of struggles once more.

We don’t have any athletes in our pod, but that’s not to say we don’t have people who love sports. There are a few fanatics of baseball, figure skating, football (American) and football (association). All sporting events on television were also social events: We crowded around on the couch, eyes fixed on the glowing screen, and cheered or groaned in sync with whatever content was streaming.

In that sense, maybe the FICCS is not so different from professional soccer or basketball. For all its absurdity, it has the same power as all other sports to draw people in, to create a moment of shared focus, a way to appreciate what we can do with our bodies, whether it be dribbling past three defenders and putting a shot in the back of the net, or landing a triple axel, or kicking Daisy under the closets in your corridor, Rabona-style.

Pandemic problems require pandemic solutions, and corridor soccer was one of them. The tallies went on, but we had long lost count — the purpose of the game was never to win anyway. The scoreboard was left on the wall, occasionally collecting tallies, most of the time collecting dust, until it was finally packed up and tucked into boxes, along with the rest of our memories of this odd semester.

And thus, the First Intrapodular Championship of Corridor Soccer drew to a close over the weekend. It ended as it had started: suddenly, unplanned, in the empty corridor of Mark Hopkins, A2. No winner was announced, and future fixtures remain uncertain.