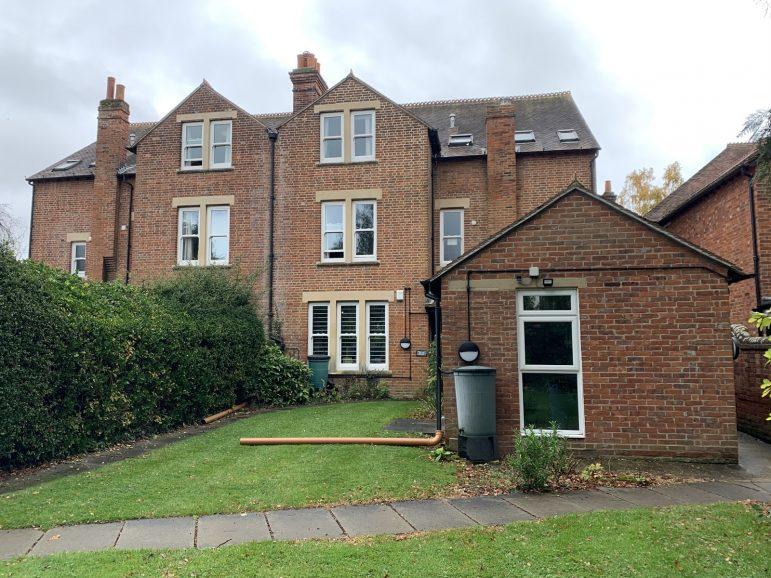 After two of the 22 students at WEPO tested positive for COVID-19, several students went into two-week quarantine. (Photo courtesy of Mae Burris-Wells.)

After two of the 22 students at WEPO tested positive for COVID-19, several students went into two-week quarantine. (Photo courtesy of Mae Burris-Wells.)

Two students at the Williams-Exeter Programme at Oxford (WEPO) have tested positive for COVID-19, the first on Oct. 31 and the second on Nov. 3.

The two cases at WEPO arose as COVID levels surged at Exeter College, where WEPO students are enrolled, and throughout England. On Oct. 29 — two days before the first WEPO student received a positive test result — Exeter College had 23 active cases among its roughly 550 students, according to an email sent by the Exeter chaplain to students in the college. The day the first WEPO student tested positive, the U.K. government announced a lockdown in England.

Quarantined students must stay in their rooms until receiving two negative test results and then remain in their houses for the remainder of the quarantine period; roommates quarantine together. WEPO students have been getting two tests weekly, funded by Williams.

Three rooms in the WEPO compound are designated for students who test positive for COVID-19. According to Professor of Biology and Director of WEPO Steve Swoap, there is additional space available at Exeter College if needed. Swoap declined to give an interview to the Record but emailed information about WEPO’s protocols and confirmed the number of cases.

Shreyas Rajesh ’22 recalled that when he heard that a podmate had tested positive, he was mostly worried about that friend.

“Everyone had a different reaction,” he said. “For some people, it was incredibly scary and anxiety-inducing — people were in tears and otherwise just very upset.”

The quarantine has also presented logistical challenges for the WEPO students, whose tutorials often require them to read several books a week, which they would normally obtain from the WEPO library or from libraries across Oxford University. Some students had trouble getting course materials during the early days of quarantine, but the WEPO library has now purchased books for them, Avivah Malin ’22 said.

Access to food has also proven tricky for students in quarantine. Quarantined WEPO students may access their kitchens, one masked student at a time, but obtaining groceries has become its own challenge.

Malin said that she has encountered more difficulties in getting food than she did while quarantining on the Williams campus in September. She noted that though it is possible to get groceries delivered, the selection is limited.

“Our favorite grocery store theoretically has delivery slots, but in reality, it’s impossible to get one,” she said. Instead, students have been ordering contactless deliveries from convenience stores.

With limited options for groceries, quarantined students have also been ordering more takeout for delivery, which, Malin said, “can get kind of expensive.” Because WEPO does not have a dining hall, students mostly pay for their own meals, though they receive a food allowance, according to Rajesh.

Despite the stresses of quarantine, Rajesh said that the experience has been, “for me personally, fine.” He noted that he has enjoyed talking with his roommate and doing his chemistry homework, and he expressed gratitude for the other people in the program.

“It’s hard, but I think people have really tried to support each other and help each other through the challenges of it, particularly the first few days when there was a lot of anxiety about who might have COVID,” Rajesh said. “If I had to go into self-isolation, I couldn’t reasonably ask for anything more than what I have.”

He added that he viewed the fact that there have been no more confirmed cases after the two students tested positive is “quite a testament to how well the testing and isolation protocol worked.”

Though most study-abroad programs did not run this fall, WEPO persisted despite the odds, albeit with COVID-19 restrictions. Students must remain in Oxfordshire, where the University of Oxford is located, and get tested twice weekly, Swoap told the Record. When around people outside of their pods, WEPO students are expected to remain six feet apart and wear masks.

“Not all of the students here followed the social-distance rules all of the time,” said Noah Cohen-Greenberg ’22, though he added, “It’s really hard to blame them.”

Cohen-Greenberg, who is not in quarantine, said that both the Oxford administration and Oxford students have taken a looser approach to COVID protocols than the College has, thereby putting the WEPO administration in a difficult position.

“Walking around Oxford, especially early on, the percentage of people wearing masks outside could not have been higher than 20 percent,” he said. “I mean, it’s absurdly low… You would just see, early on, really, really big groups of university students walking around maskless. You would have no idea that there was a pandemic. So I think in the midst of that, holding a line in COVID regulation is incredibly difficult.”

Malin described the adherence to COVID-19 protocols by other Oxford students as “not great,” especially compared to the College.

“Williams is in such a unique place of the community feeling really strongly about upholding the rules together, and it being such a small campus, and everyone kind of knowing each other and being able to provide little reminders,” she said. “It has so much to do with social norms.”