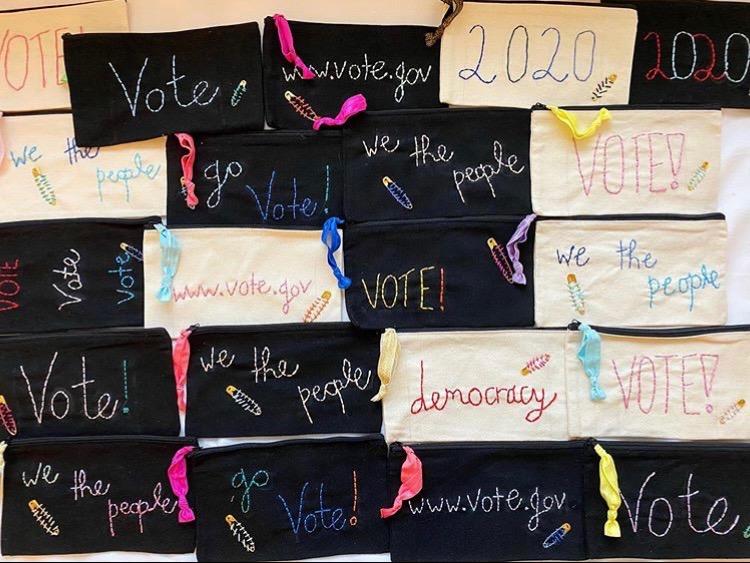 To Emily Bleiberg ’22, voting, and especially the right to vote, is vital. Coming from a family of immigrants from Mexico and China, two countries with a history of corrupt electoral practices, voting is something that deeply matters to her on a “personal and political level.” As a result, she wants to help “[secure] voting rights for all Americans.”

Although Bleiberg recognizes that “getting involved with politics can sometimes feel super overwhelming,” in her efforts to combat such suppression, she “wanted to be able to do something as an individual [to] contribute to voting rights this election season.” She decided to launch a fundraising project this year that blends her interests in art, history and politics, using embroidery as the main medium. With this, she hopes to simultaneously raise awareness about voting while donating 100% of the proceeds to American Civil Liberties Union’s (ACLU) Voting Rights Project.

Throughout her research process on picking the best-fit charity, Bleiberg found it most important that “every dollar donated was being put directly and efficiently to use.” After getting in contact and working with Lisa Laplace, a senior staff attorney at the New York Civil Liberties Union, Bleiberg recognized that the “ACLU’s voting rights project … would utilize the donation effectively.” 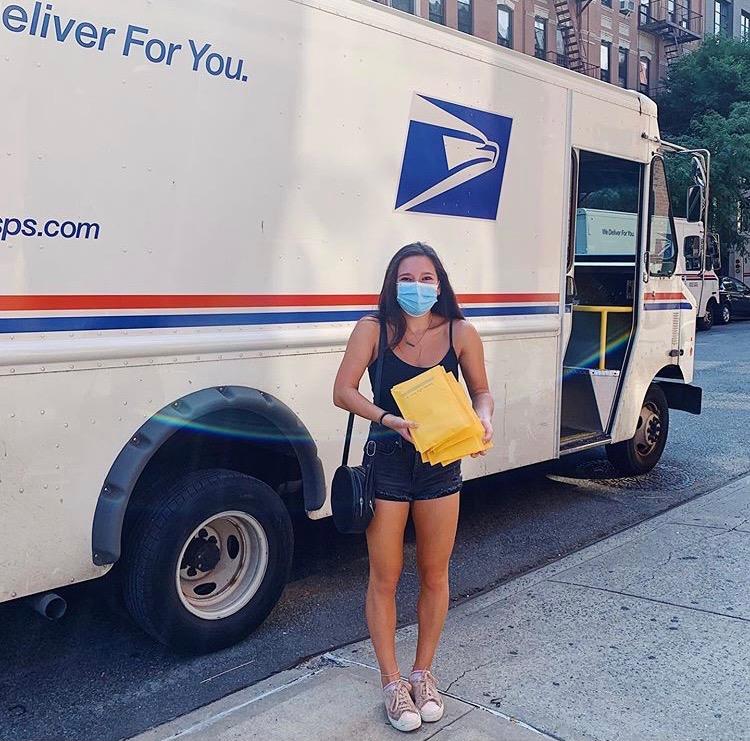 Bleiberg begins her embroidery process through a series of brainstorming sessions where she sketches different designs and then considers possible color schemes. Some of these designs include simple phrases such as “we the people,” “www.vote.gov” and “democracy,” in colorful embroidered letters. Customers place orders through the Instagram page @voting_rights_embrodery, where they can specify what phrases and color scheme they prefer. Bleiberg suggests that those who order contribute $10 per bag, but welcomes additional donations. As of publication, Bleiberg sold over 100 bags and raised over $1,000.

“Register to vote!” Bleiberg said, listing off other ways people can get involved beyond purchasing an embroidered bag. “Engaging in conversations and discourse with people who you care about who may have different political views and encouraging them to vote. Individual connections can go a long way.”

Bleiberg said she strives to create positive change, even in small ways. “I’ve always been pretty intimidated by getting involved in politics as it feels somewhat hopeless given the magnitude of systematic issues, but doing your part and voting and encouraging others does make a difference.”