‘The ball’s not bouncing but the game’s on’: Professor Rowan Ricardo Phillips on sports, politics and writing 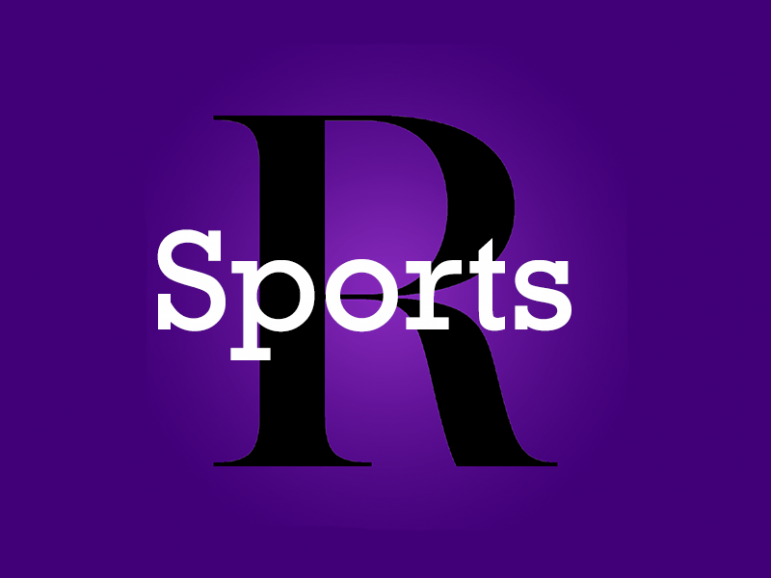 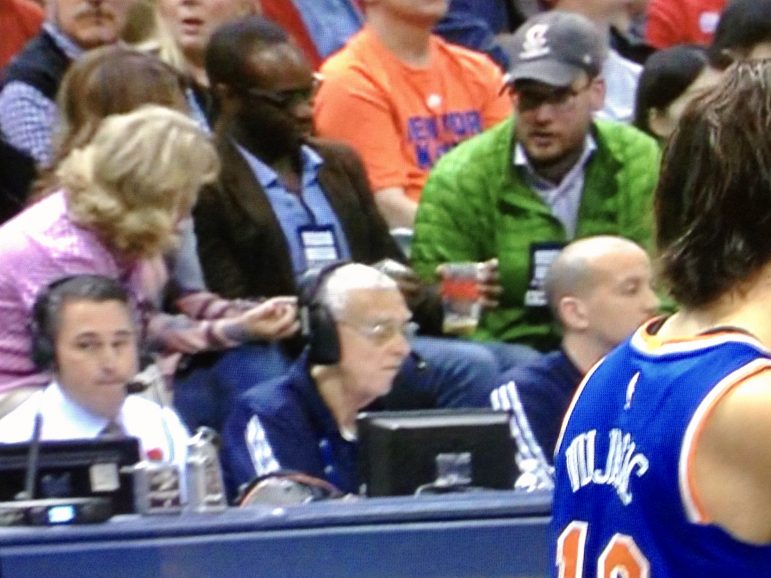 Phillips (top center) attends a basketball game between the New York Knicks and the Indianapolis Pacers along with author John Green (top right), a long-time friend of Phillips who shares his love for sports. (Photo courtesy of Rowan Ricardo Phillips.)

Rowan Ricardo Phillips, Margaret Scott Bundy Professor of English, is a multiple award-winning poet who has published three books of poetry and a book of literary criticism. He holds a doctorate in English literature, and he has taught at Harvard, Columbia, Princeton and Stony Brook before coming to the College earlier this year.

He is also a sports writer, even if he doesn’t think of himself that way.

Over the past eight years, his writings on soccer, tennis, basketball and more have appeared in The New Yorker and The Paris Review, among other magazines. In a New York Times Magazine feature story published on Sunday, Phillips reflects on “baseball’s silent season,” beginning with a meditation on how the mass death of the COVID-19 pandemic provided the “room tone” for the 2020 Major League Baseball (MLB) season.

“I don’t think of myself as having roles,” Phillips said. “It all is just me.” He flipped through the pages of his notebook on a video call. “In this notebook are, among other things, doodles from my daughter, poems on the other side, MLB notes — notes that come from talking with [Los Angeles Dodgers pitcher] David Price,” he said.

Phillips got his start in sports writing in December 2012, when he covered the return of former New York Knicks point guard and Asian American icon Jeremy Lin to Madison Square Garden as a member of the opposing Houston Rockets. In The Paris Review, a literary magazine in which he had previously published his poetry, Phillips said he reflected on “the first step towards something else” in an essay entitled “2-0.”

But Phillips had been remarking on the little moments that serve as microcosms of athletic contests for years, in increasingly long email chains with friends from Hunter College High School in New York, graduate school classmates from Brown University and a group of writers including best-selling author John Green, who formed a fantasy soccer league in 2014.

“I didn’t realize it, but they were getting like these 1500-, 2000-word emails from me,” Phillips said. “And it got to the point where they were like, please, send this someplace.”

A year and a half after making his debut for The Paris Review as a sports contributor, Phillips agreed to write a series for the publication on the 2014 World Cup in Brazil, which he described as a challenging but eye-opening experience because of the quick turnaround between games. He followed the assignment with a commitment to tell the story of the 2015-16 NBA season in real time and later covered the 2017 men’s tennis professional tour, which turned into his 2018 book The Circuit.

Along the way, Phillips said he saw the “grind” that full-time professional sports writers face from stadium to stadium and the “grist mill” that young reporters in particular are often thrown into.

“I respect everyone’s journey, but that just was never going to be my journey,” Phillips said. “And so you know, when I want to write a poem, when I want to write an essay, or when it’s time to just kind of sit and teach Williams students, I have that. And it’s really healthy and useful to be able to come up for air, you know?”

In search of beauty

Phillips said he has always enjoyed sports — he remembers playing stickball in the street growing up in New York — but his identity has shaped his approach to watching games or matches in ways that have made him a relatively impartial observer.

“My folks are from the Caribbean,” he said. “They’re from the island of Antigua. And their love of sports, which I think I’ve inherited, is purely aesthetic, in that, they don’t have any type of provincial interest in an American team or in a European team.”

Phillips said he is particularly fascinated by the ways in which sports can connect — or divide — people. He is a lifelong supporter of F.C. Barcelona, and when he met his wife at a party, they bonded through their shared frustration with the president of the soccer team at the time. He speaks and frequently tweets in Catalan and he is a socio, a club member eligible to vote in its presidential elections.

But he also understands the historical weight of soccer rivalries like El Clasico with Real Madrid. He described the 99,000-seat Camp Nou as a major site of resistance during the Franco dictatorship.

“The stadium was where you could express your culture, where you can speak your language,” he said. “And that was the only place except for clandestine meetings.”

His interest in stadiums and in the politics of self-expression ultimately led him to the conclusion of his most recent article on the baseball season. After recounting how professional basketball players went on strike following the police shooting of Jacob Blake and assembled a coalition across different sports that fought for stadiums to be converted into polling places for early voting, Phillips ends with the image of voters standing in line outside Dodger Stadium in Los Angeles, the home of the recently crowned World Series champions.

“I’m really excited by the fact that there are stadia and arenas where the ball’s not bouncing but the game’s on,” he said. “That to me is a really great metaphor for possibility. We can’t congregate at these places now because of COVID, but we can go there and express what is fundamental part of our expression as citizens within a democracy.”

Sports literature at the College

Phillips’s journey brought him to the College nearly exactly a year ago as the W. Ford Schumann Distinguished Visiting Professor in Democratic Studies. The faculty fellowship was designed to start at the beginning of 2020 and lasted only one semester, but at the end of spring, Phillips received an invitation to stay.

“I was happy to, because it’s an opportunity to stay, and because I found myself really liking it here,” he said. “I love the community and it makes sense to me.”

Now, Phillips is teaching a remote seminar on the literature of sports. On Monday and Wednesday mornings, he hops on Zoom and talks to his students about sports and their deeper intersections with politics and history. As voices echo from one rectangle to another on his screen, Phillips said he sees how sports writing serves as a “lingua franca” for students with different athletic backgrounds.

“I have … all types of different people,” he said. “Some are on teams and some aren’t.” Among the group are a tennis player, a tennis coach, an alpine skier, two who play soccer, two more who play football, a squash player, and those who do not play sports at all, including a prospective English major interested in creative writing.

For Phillips, listening to students talk about their experiences with sports makes literature “very alive” and is heartening amid the pandemic. He said his own training as a writer is not so different from the athletic training that he once did as a varsity athlete in men’s soccer as well as men’s rugby at Swarthmore College. Both require endurance and resilience through constant practice.

He compared writing to weightlifting. “When you work your body, and you look to grow muscles, they have to tear and then they reform stronger,” he said. “There’s a sense in that you trust the process.”

As his students read sports literature, Phillips encourages them to think about moments from their career that “will last for 50 years, or 70 years,” and how to embrace their eventual retirement as a varsity athlete.

“That’s what we’re trying to do when we teach you all, I hope, is really teach citizens,” Phillips said, “You are citizens of the future.”