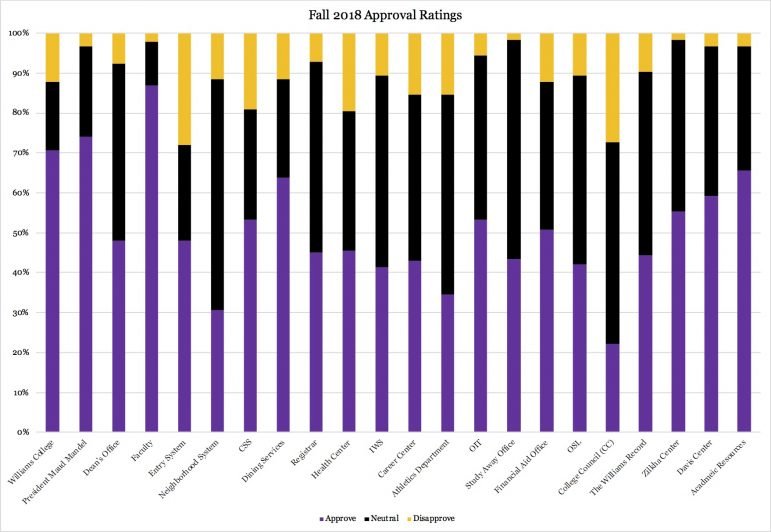 This week, the Record sent out its biannual approval ratings survey, which measures student views on a variety of campus institutions. Students could answer “approve,” “disapprove” or “neutral” for each question. The survey was distributed randomly to 500 students, and had a response rate of 47 percent, resulting in 235 participants in the survey. The 95 percent convidence interval for each approval rating ranged from four to  seven percent.

The Office of International Education and Study Away and the Zilkha Center both had the lowest disapproval ratings with two percent each.

IWS, which received the lowest approval rating last semester, increased its approval from 30 to 41 percent. Disapproval, however, did not change significantly.