External firm releases recommendations based on audit of CSS 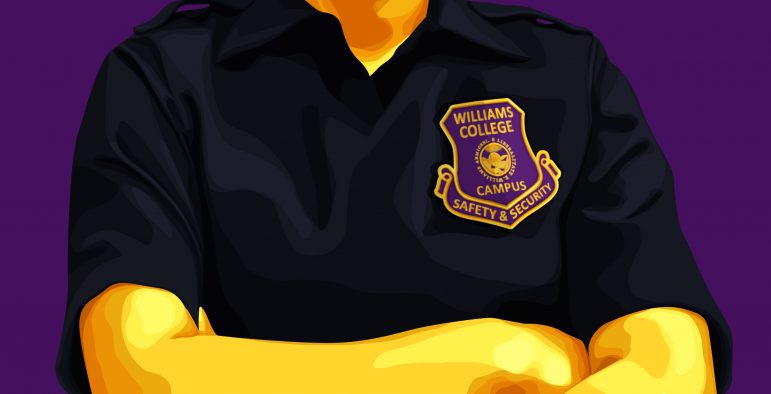 An external audit conducted on Campus Safety and Security (CSS) released recommendations this spring on improving relations between CSS and the College community, and has critiqued CSS as being under-resourced and having vague and overly broad responsibilities. These recommendations come at a time when, according to a report from the audit, there is a need to restore “legitimacy and trust in the department.”

Margolis Healy & Associates, a firm that specializes in security and safety for K-12 educational institutions and higher education, finalized the 32-page report this spring, which was shared with the Record this summer. The audit paints a picture of an under-resourced CSS with ambiguous and vague responsibilities, compelling it to be, at times, “the only unit responding to campus needs after 5 p.m.” Such an expectation, Margolis Healy wrote, is “extremely complex.” The audit also highlights the issues of trust CSS has had with students of color, particularly some Black and Brown students who have felt in the past that they have been policed “disparately.” Among other issues, the audit notes that CSS officers are the only 24/7 staff on duty during the weekend and after business hours, making them responsible for responding to a wide variety of issues ranging from health transports to noise complaints.

The broad recommendation was that CSS can clarify CSS’s mission and role along with policies related to safety on campus.

“As the role of CSS has changed,” the audit states based on its interviews with members of CSS, “it appears that the College tasked CSS with essentially handling the leftovers, without a uniform mission or vision for the work. … CSS’ role is unclear, over-diffused, potentially invasive, and confusing for some campus members who do not know whether to interact with them as security/law enforcement presence or as support staff.”

The auditors said that there lacks a “culture of mutual respect” between CSS and the College community and that the College needs to work with CSS to build an infrastructure that would allow CSS to “fulfill its critical campus safety mission in a professional, just, and respectful manner.”

“It is clear to us that CSS must find ways to build and sustain stronger and more substantive relationships with all campus constituents, and especially with students,” the audit states.

The findings come from 16 small group interviews and four larger forums conducted in October 2019 by the firm. Margolis Healy also spoke with the Williamstown Police Department, the Davis Center, MinCo staff and advisors, Campus Engagement, The Office of Diversity, Equity and Inclusion, Human Resources and CSS officers themselves.

The audit was initiated by the College after “Where’s My Safety?”, a student-led campaign launched in the spring of 2019, highlighted negative interactions that numerous Black and Brown students have had with CSS. Student groups, including the Coalition Against Racist Education Now (CARE Now) made separate demands to the College for an investigation of CSS. The audit states that the period following the campaign became a “missed opportunity” for the College to “document and investigate the complaints of misconduct in the aftermath of the allegations.”

Margolis Healy representatives listened to a recording of the Black Students Union’s Nov. 11, 2018 Town Hall meeting, in which students, faculty and staff discussed incidents related to CSS that appeared to involve over-policing, leading to a sense of distrust toward CSS from some Black and Brown students.

The audit noted deficiencies in CSS’ bias training programs for officers and recommended having more frequent and mandatory sessions. The training materials that Margolis Healy examined did not reflect “required training for anti-bias and cultural competencies” that the interviewees who spoke with the investigators claimed to include. Trainings had taken “over an undefined period of time,” and “… very few of the trainings … address cultural competencies and anti-bias topics, and that the department instead generally approved additional training for those who requested it.” With these observations in mind, the audit recommended that the CSS adopt the training standards developed by the International Association of Campus Law Enforcement Administrators.

Other broad recommendations included having the College independently investigate the allegations of racial profiling and unfair treatment that students made toward CSS in the Where’s My Safety campaign.

“We recognize that some may view this suggestion as reopening old wounds, but given the strong perception that the issues remain today, not addressing them directly will likely result in on-going dissatisfaction with CSS and may inhibit the ability to reestablish legitimacy,” Margolis Healy wrote.

Margolis Healy noted that the limited and small interview sample hampered their understanding of the nature of CSS’ work and relationship to the campus, especially after a meeting with students of color was cancelled due to a “scheduling mishap regarding the location of the meeting.” The few students, staff and faculty that did meet with Margolis Healy gave a more positive evaluation of CSS in comparison to the sentiments presented in the campaign. The six students who spoke with Margolis Healy said they attended the Margolis Healy forum because “they ‘liked CSS,’” “wanted to equalize voices” and say that they think campus is “‘generally safe’ with low levels of crime.”

On the flipside, MinCo staff and advisors told Margolis Healy representatives that many students involved in the campaign were, according to the staff and advisors, “exhausted” and “taking a break” from their activism.

Additionally, Margolis Healy noted that multiple participants highlighted the College’s lack of a uniform and adequate platform for campus members to file complaints about how they are treated by College employees. The audit states that the College’s web resources for filing complaints do not properly outline an investigation process, “causing confusion of responsibility and lack of transparency for the process.” Margolis Healy called for a reporting system such that individuals’ complaints can be investigated through an independent party. With regards to the Where’s My Safety campaign, the audit suggested that CSS publish “resolutions and/or clarifications” to the complaints, and more broadly, that CSS engage more facilitated dialogue with student groups to resolve areas of tension.

The audit provided other recommendations to CSS, namely entering a strategic planning process to help clarify the purview of CSS. Margolis Healy also supported having non-security staff, such as 24/7 in-residence Office of Student Life staff or on-call residence life staff, to be trained in de-escalation, implicit bias and appropriate College policies so that they could respond to “low level complaints.” Regarding CSS response to campus incidents, Margolis Healy said that CSS should not be “first responders to these and similar low-level reports of policy violations, and should only respond if non-security staff are unable to manage the situation or if the situation involves criminal conduct.”