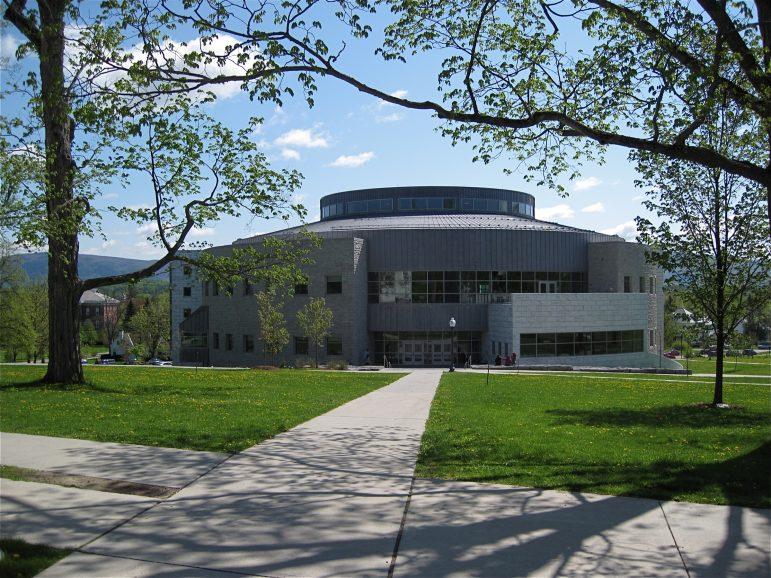 Middlebury College removed 22 students who had gathered at two separate 15- and 16-person parties last month, suggesting that the students had violated the college’s gathering limits and social distancing protocols. Not everybody present at the parties was removed, as some of the students had left the building before Middlebury’s officers could request identification.

In a Sept. 21 announcement, Middlebury’s Dean of Students Derek Doucet wrote, “We have concluded that 22 students violated College policies related to COVID-19. We took swift action according to our sanctioning guidelines shared earlier with the community. These sanctions included revoking on-campus housing privileges and disallowing the students from visiting, studying, or taking courses on campus.”

Middlebury’s student newspaper, The Middlebury Campus, reported that Middlebury gave the students the chance to appeal, but all who appealed were rejected. Students were given 24 hours to move out.

According to the article, Middlebury’s disciplinary response is in line with its past actions and statements. “From day one, the administration has established a zero-tolerance policy when it comes to Covid-19 policy violations,” the article said. “There are no strikes or warnings: one violation, and you could be out.”

Middlebury’s COVID-19 dashboard reports that 52 students in total have been disciplined by the college and 27 of those 52 have been removed, indicating that five students had been removed prior to the weekend of Sept. 19-20.

Like Williams, Middlebury has advocated for a system of peer accountability rather than administration-driven policing of campus activities. However, Middlebury also instituted a non-anonymous online reporting system, asking students to “provide a detailed account of the incident with as many specifics as possible, including the names of the individuals involved, the date and time of the incident, the exact location of the incident and the identities of any witnesses.” This reporting system is not anonymous.

Middlebury student and digital director of The Middlebury Campus Benjy Renton wrote that Middlebury’s reporting and disciplinary process has created a “concern that people will snitch on others (and that has happened).” Still, he thinks students have responded well to Middlebury’s policies.

“I have been really impressed so far with Middlebury students’ willingness to follow the rules,” he said.

Dean of the College Marlene Sandstrom wrote in an email to the Record that Williams had “explicitly decided not to use any sort of anonymous electronic reporting system, because it is contrary to the collective commitment we all made to speak up and act proactively to protect each other.”

Sandstrom, who has been in constant contact with other NESCAC deans, also clarified the Williams reporting system, writing in an email to the Record  that the administration has “encouraged all community members … to step up and have a conversation with anyone who is not adhering to our public health guidelines.”

“This can be done respectfully and in a low-key way[:] ‘Can you please put on your mask?,’ ‘This group seems really big…can you split up to be safe?’”

She additionally emphasized that “if community members see something worrisome that they are not comfortable addressing themselves, they should contact [Campus Safety and Security] CSS or Dean Rachel Bukanc for assistance.”

Regarding campus concerns over violations of the large gathering guidelines, Sandstrom said, “Students who violate the guideline in an egregious way will be asked to transition to remote learning, and may also go through the disciplinary process.”

Sandstrom added that thus far, the College has yet to receive names of students engaging in violations of the gathering policy, saying that “Campus Safety has been called on numerous occasions; when they arrive, however, the groups they find are not out of compliance. It may well be that large groups are dispersing before CSS is able to collect IDs.”