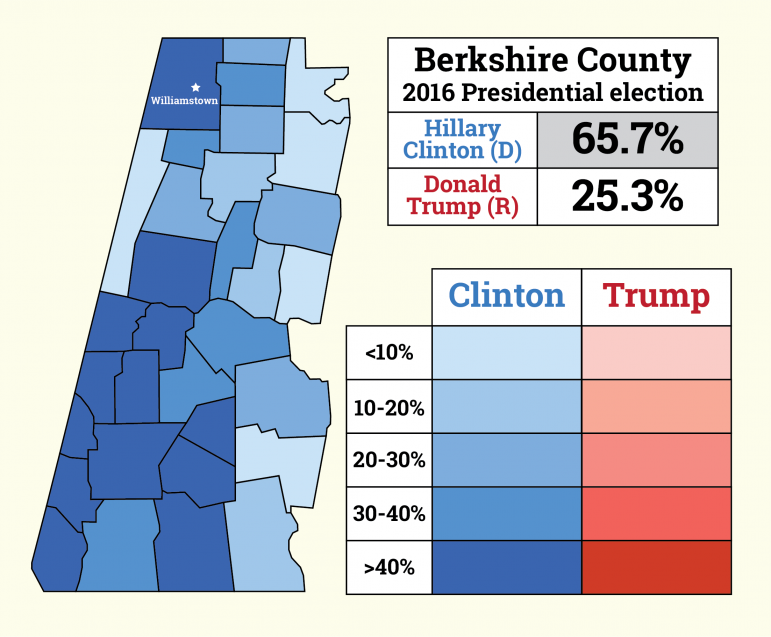 Berkshire County, like many other counties and states around the nation, is expecting a substantially high turnout for this November’s general election. Already, Berkshire County has seen a noticeable increase in voter turnout this year. The Sept. 1 primary election, which included competitive statewide primaries for both Republicans and Democrats saw an unusually high turnout. Ed Markey retained his Senate seat, while Richard Neal won the house seat for Massachusetts’ first congressional district.

Adams Town Clerk Haley Meczywor stated in an interview with WAMC that over 1,300 absentee ballots had been mailed out on Aug. 31, a dramatic increase from past primaries, where only about 100 absentee ballots were mailed. WAMC additionally interviewed sources from Pittsfield, Great Barrington and Lee, all of which attested to similar increases of mailed ballots, with requests in the thousands. The COVID-19 Pandemic is likely partially responsible for this increase, as voters may be reluctant to risk voting in-person; but recent statistics suggest that we may see an increase overall voter turnout in Berkshire County.

Predicting that a traditionally Democratic-leaning county like Berkshire County will be won by Biden may not seem like news to some, but when looking closely at available data, the potential increase in voters is certainly significant. Though it’s impossible to predict exactly how things will play out for Berkshire County on Nov. 3, the county’s strong voter engagement is undoubtedly a positive.