What Mountain Day will look like in a pandemic 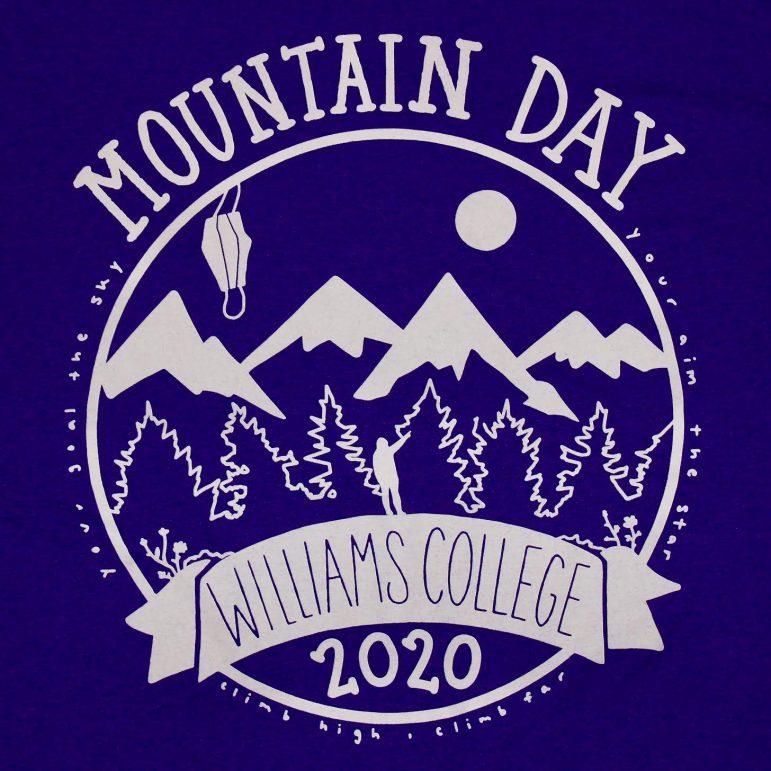 “It’s pretty straightforward,” Williams Outing Club (WOC) Director Scott Lewis said of planning Mountain Day in a normal year. “We adjust the donut numbers and that kind of thing. We get the hike leaders we need. This year was just turned upside down.”

Every October, students start hypothesizing about which of the first three Fridays of the month will be Mountain Day, but this year, many were unsure if Mountain Day would even happen due to COVID-19. However, after months of planning for a pandemic-safe day of hiking and getting outdoors, many Mountain Day traditions live on, with a few key changes.

In a normal year, there are around 30 leaders running large 50-100 person hikes up to Stony Ledge on Mt. Greylock, according to Lewis.

But despite the restrictions on the size of gatherings, Lewis and the WOC student board were able to organize a total of 49 small-group hikes for this year’s Mountain Day. Hikes are now capped at 10 people plus two leaders, which is similar to this year’s WOC model of hikes, said WOC Vice-President Aidan Lloyd-Tucker ’22. These hikes will total around 500 students, or approximately a third of the student body on campus.

Kristen Chou ’23, who was supposed to be a WOOLF leader this fall, will be leading one of the Mountain Day hikes this year. “It’s definitely gonna be a Mountain Day that’ll stand out because I doubt anything like this has been done before with so many hikes going on at once,” she said. “Honestly, a part of me was surprised that we were still having Mountain Day and that they told us so early after letting us know we’d be coming back. It was a good surprise.”

WOC board member Rachel Morrow ’22 helped coordinate the 49 trips and trip leaders. “I enjoyed the logistical part,” she said. “We thought we weren’t gonna have enough trip leaders, but we have plenty, so it worked out.”

Along with hikes, there will also be a few activities led by the athletic department throughout the day, such as three yoga programs and an ergathon sponsored by the head men’s crew coach, Marc Mandel.

Another big change is the cancellation of a cappella performances — there is no way for vocal groups to perform safely in front of an audience, Lloyd-Tucker said. “We’re not gonna have a concert on Stony Ledge or Stone Hill, and that’s a pretty huge … break from tradition,” he said. “But a lot about the spirit of the day will stay the same.”

On Thursday, Oct. 1, Lewis sent an email to the student body with a list of student performances to be held in Sawyer Quad on Mountain Day, including dance groups such as NBC and Ritmo Latino as well as instrumental groups such as Zambezi and Cello Shots.

The email also included a colorful menu of hikes ranging from “skim” (moderate hike) to “whole” (long hike). Many of these are similar to hikes led in previous years on Mountain Day, with the exception of the traditional hike up Mt. Greylock, which will not be happening this year.

“I couldn’t get a permit for Greylock, so we’re not allowed on Mt. Greylock,” Lewis said. “Fortunately, Williams is blessed to have trails literally outside our door.”

And of course, this year’s Mountain Day will be distinguishable from other years because everyone will be wearing masks while they hike, which might make it a bit more difficult to smile for photos. The 2020 Mountain Day T-shirt design gives a nod to this new requirement with the inclusion of a mask.

“The mask was definitely a last minute addition, but I think it’s very representative of this crazy year and a good reminder to wear one,” said Chou, who designed the T-shirt.

Lewis said that another small difference this year will be the way that food is served. Traditionally, students line up on Stone Hill for apple cider donuts, which are baked on campus. This year, donuts will be individually wrapped, and apple cider will be available in individual bottles in order to comply with COVID-19 guidelines. Lewis said he appreciates Dining Services’ extra work to make food safely available for Mountain Day.

Lewis said he is also grateful to the College, specifically President Maud S. Mandel and Associate Vice President for Finance and Administration Matt Sheehy, for working to make sure that Mountain Day could still happen this year.

Lloyd-Tucker echoed Lewis’ sentiment, adding that the safety protocols will be critical to ensuring that Mountain Day goes well. “I see it as, the administration let us do this, and we’re going to do everything in our power to make it as safe as possible,” he said. “I see it as a favor granted by the administration to the students wanting a fun day. We need to keep it safe.”

Morrow stressed the importance of having Mountain Day in a year when so much of students’ lives have been forced to take place online. “Being able to get outside and being in the mountains and nature around us is really the best way to build community,” she said. “So I think, with so much virtual these days, being able to get outside and build community outside is really important.”

She also mentioned that Mountain Day is her favorite holiday by far. “I know a lot of people didn’t even expect Mountain Day to be happening,” she said, “so I think the excitement and joy of Mountain Day and that spirit of getting outside and building community outside lives on despite the challenging circumstances.”