A lesson in acquisition: what we can learn from the cancellation at the Whitney 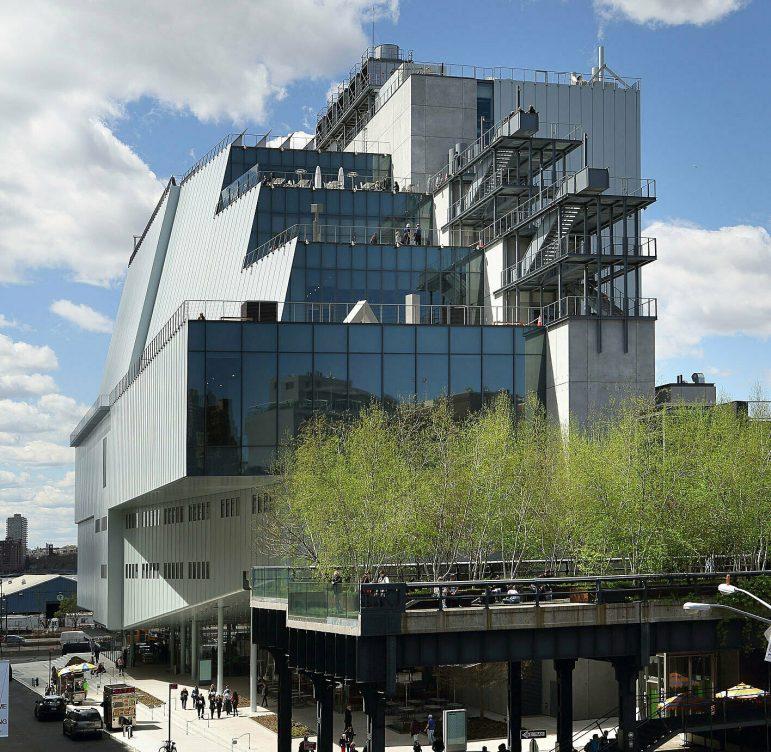 Photo of the Whitney Museum where the “Collective Actions” installation was to take place (whitney.org)

After closing their doors to the public back in mid-March, museums across the country and the world are slowly beginning to welcome visitors back in. In stark contrast to the unchanging art objects in their collections, however, the world outside those doors is notably different. Faced with this new reality, curators have been dealt the difficult question of how exactly to reflect this pivotal moment in their exhibitions.

The protests of the summer left many cultural institutions scrambling to assert their ‘wokeness’ through impassioned statements of solidarity, although many were criticized for being both self-aggrandizing and overdue. It has become clear that the occasional posting of Black artists on social media is not enough. Thus, museums throughout the Berkshires have attempted to combat their own institutional white fragility in constructive ways, with Mass MoCA exhibiting Shaun Leonardo’s provocative show, The Breath of Empty Space, and WCMA releasing a series of letters pledging action steps. Beyond the Purple Bubble, however, attempts to capture the current state of affairs have varied in success.

Last month, the Whitney Museum of American Art canceled its planned exhibition “Collective Actions: Artist Interventions in a Time of Change” after numerous artists criticized the methods with which many of these works were acquired. The exhibition, announced on Aug. 25, was intended to display prints, photographs, posters and digital files that have been created this year in response to the COVID-19 pandemic and the Black Lives Matter movement. Many of these pieces, however, were purchased from social justice and COVID-19 fundraisers and included in the show without the input of the artists. Critics of the exhibition have argued that the show exploits the labor of creators of color, noting that many of the works were priced below market value, or even downloaded free of charge as digital files submitted to Printed Matter’s open call for anti-racist protest material.

Rather than discussing pricing and context with the artists as would happen with a typical exhibition, curator Farris Wahbeh notified most selected participants of their inclusion over email, less than a month before the exhibition’s intended opening – offering a lifetime admission pass to the museum in place of payment. “We have heard the artists who have voiced their concerns,” the museum stated perfunctorily on Twitter. “We apologize for how we handled the exhibition and the pain and frustration it caused.”

Two weeks ago, on Sept. 17 ­– the intended opening date of “Collective Actions” – a group of artists that were selected to be in the show released an open letter to the Whitney, asking the institution to “commit to a year of action – of mobilization and introspection.” The letter was written by Chiara No, Kara Springer and fields harrington, and signed by 47 artists from the show. In it, the hurried nature of the show’s cancellation was criticized, noting that “the brave move would have been to lean into the discomfort rather than further demonstrating our dispensability to your institution by cancelling the show within hours of receiving criticism online.” The immediacy with which the show was called off thus could be seen not only as a testament to the value assigned to these artists’ work, but to their agency as creatives as well.

Another example of criticism came from See in Black, a collective that sold photography prints by Black artists to raise money for five organizations supporting Black Americans, some of whom produced the prints. See in Black condemned the exhibition as an “unauthorized use of the works to which the artists do not consent and for which the artists were not compensated.” Gioncarlo Valentine, a photographer who worked with See in Black, even tweeted about his experience, including a screenshot of the tone-deaf email he received from Wahbeh.

The cancellation of “Collective Actions” is only the latest in a series of protests against the Whitney in the past few years. Last summer saw the stepping down of board member Warren Kanders in 2019, amidst controversy over his ownership of Safariland, a company that makes teargas and other weapons.

Indeed, cultural institutions throughout the world have undergone a sort of reckoning throughout the past few months, and it would be unfair to discuss the Whitney as an isolated case. Rather, we must hold all cultural institutions accountable – including those in Williamstown – for not only increasing diversity in their collections but doing so in a manner which involves conversation and consent on both ends. Our current reality is not only novel, but still unfolding. To rush the preservation of this moment is to do injustice to our past and our future.