College towns have struggled. Here’s what Williamstown was like without students. 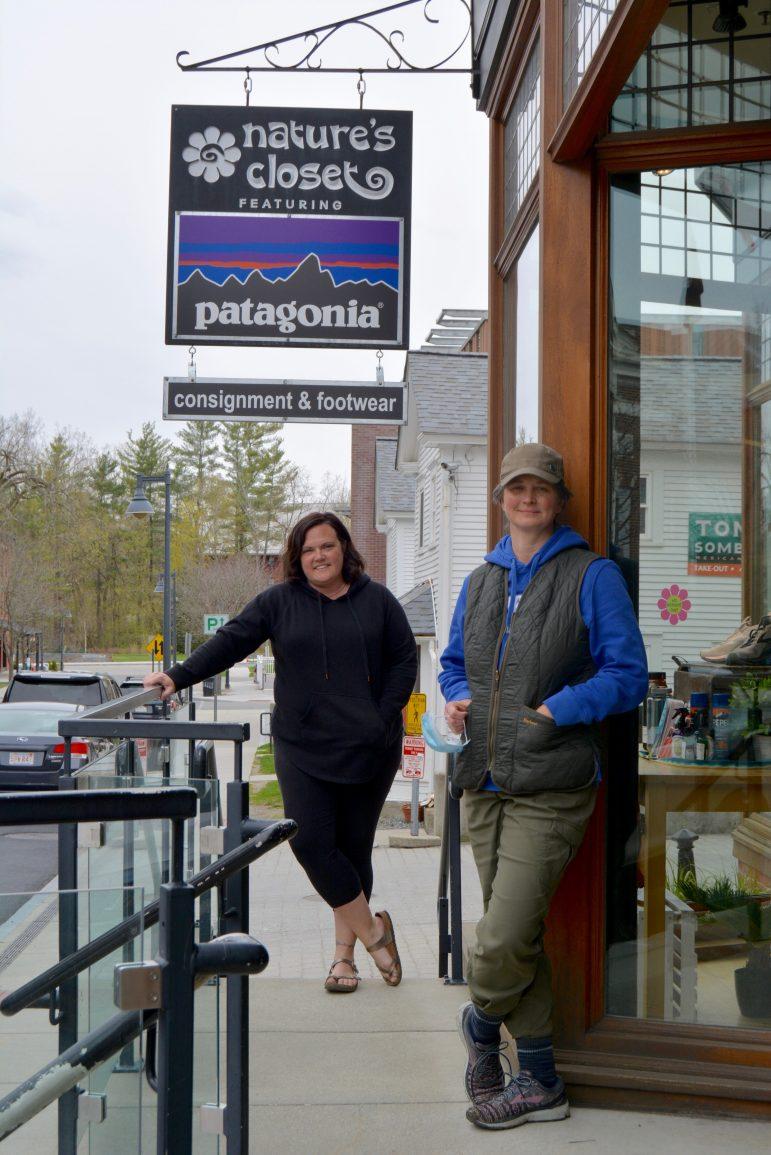 Nature’s Closet co-owners Beth McLean, left, and Amy Jeschawitz, right, were photographed in April for the Front Steps Project, a nationwide fundraising effort that the Office of Human Resources participated in. (Photo courtesy of Cecilia Hirsch.)

The following is the first part of a four-part series on how small businesses, cultural institutions and local government in the Purple Valley responded to the COVID-19 pandemic in spring and summer 2020.

As college towns across the country have reeled from the economic effects of the COVID-19 pandemic, small businesses, cultural institutions and local government in Williamstown have weathered heavy losses while managing to avoid the absolute worst of the crisis. Still, lasting pain from the spring and deep uncertainty about the future remain.

Since early June, when Massachusetts moved to phase two of its reopening plan, Williamstown’s small businesses, including retail, restaurants and lodging, have cautiously resumed some in-person services. These businesses have managed to meet daily challenges and steep new costs in order to stay in business while continuing to face difficult questions about how to operate. They have also experienced conflicting emotions about the return of students to campus.

Cultural institutions like the Clark Art Institute and Massachusetts Museum of Contemporary Art (Mass MOCA), which typically drive much of the economic activity in the northern Berkshires, reopened in mid-July, a week after Massachusetts moved to phase three. The museums, which endured a financial hit that will affect their operations for years to come, have since drawn some regional tourists to the area but at the same time face a long road to any semblance of normalcy.

For local government, much is riding on the strength of the recovery. The town expects its revenue for the current fiscal year to fall considerably but for the moment, has no plans for major budget cuts or tax or fee increases (unlike the town of Amherst, which released a contentious proposal to raise water and sewer charges). Although only modest changes are in store at the moment, town leaders made clear that they could not withstand another year like 2020.

The sudden onset and rapid worsening of the COVID-19 pandemic dealt a one-two punch to daily life in Williamstown. On March 11, President of the College Maud S. Mandel announced the closure of campus. Less than two weeks later, on March 23, the state announced the temporary shutdown of non-essential business and organizations, which — unbeknownst to town residents and business owners at the time — would be extended twice.

For small business owners, the back-to-back blows brought forth a flood of emotions. Beth McLean, the co-owner of Nature’s Closet and Smoothie Spot, recalled crying with College seniors whom she had known since they were first-years when the announcement from Mandel came. When the state ordered businesses to close their doors after days of uncertainty, she reached out to her neighbors on Spring Street.

McLean, who depends on students and especially their parents to purchase the outdoor clothing that Nature’s Closet carries, quickly transitioned to online services. Throughout the shutdown, she continued to come into the store every day, mostly to keep herself busy, but revenue declined almost to zero. She credited town residents, including professors and administrators, for keeping her afloat through the spring in the absence of students and tourists.

“Poor locals, they supported us March, April and May,” McLean said. “If I made $25 a day, I was happy, any sale I got during that time.”

With the drastic drop in business, McLean said she had to lay off 12 employees. She has since worked with a skeleton crew of three employees, one of whom is her daughter, and she told the Record she cannot foresee needing 12 employees again for “at least two years.” 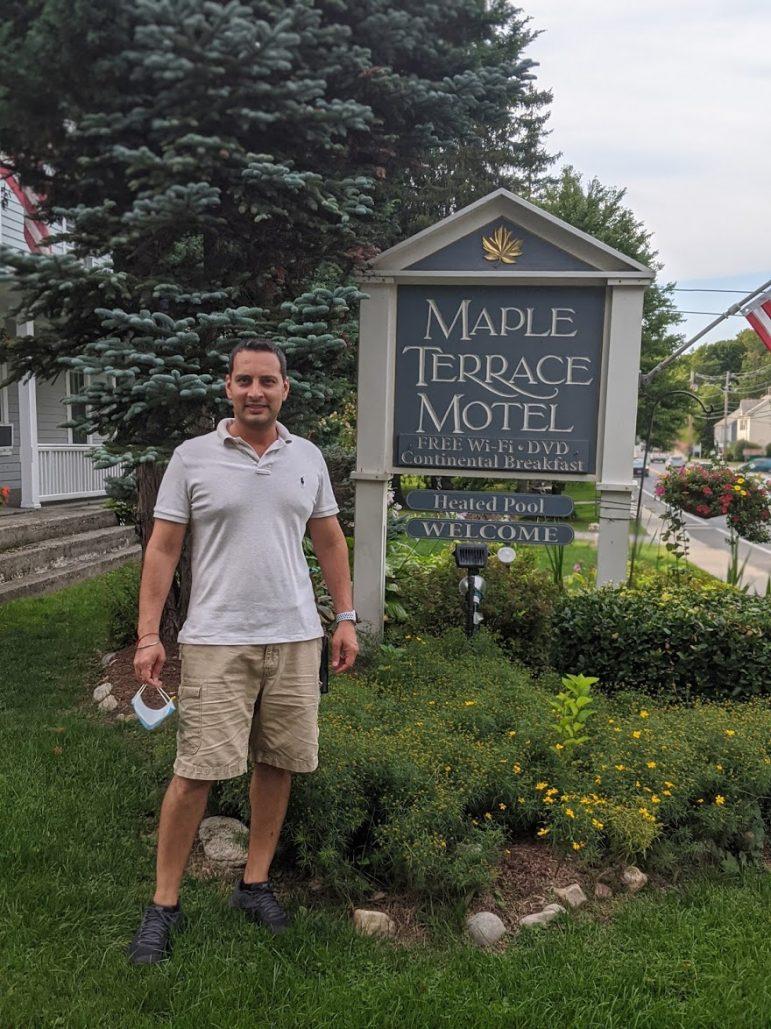 Maple Terrace co-owner Ashwan Malhotra did not host guests at his motel from mid-March to mid-June. The spring months are usually among his busiest of the year. (Ben Platt/Williams Record)

Ashwan Malhotra, the co-owner of Maple Terrace, a motel east of the College on Route 2, also testified to the extent of the crisis, which has been particularly far-reaching in the lodging industry. Unlike retailers, hotels and motels could not rely on online services during the shutdown. They remained completely closed and hosted no guests until Massachusetts moved to the second phase of its reopening in June.

“Spring was nothing actually,” Malhotra said. “We were closed for March, April, May. We opened up in June and graduation, reunion, everything was cancelled.”

Malhotra estimated that, since the beginning of the year, he has experienced a 65 percent loss in revenue while continuing to face large fixed expenses such as property taxes and the mortgage payment.

“This loss will take us back three years,” Malhotra said. “All the income that we have made in three years is wiped out completely.”

Though the campus closure and suspension of college-related travel contributed to businesses’ financial squeeze, the College recognized the potential impact of the crisis for the community early on in a March 19 all-campus email from Mandel. The email notably announced that the College, which owns many of the buildings on Spring Street, had waived April rent for retailers in College-owned properties on Spring Street.

Sue Briggs, the executive director of the Williamstown Chamber of Commerce, praised the College for its decisive action. She told the Record that the College extended the support beyond its initial commitment in the email by waiving rent for May and June as well.

“It was trend-setting,” Briggs said. “I mean, it saved so many of our small businesses, honestly, and with them as a trend-setter, it encouraged the other landlords on the street to at least have the conversation.” 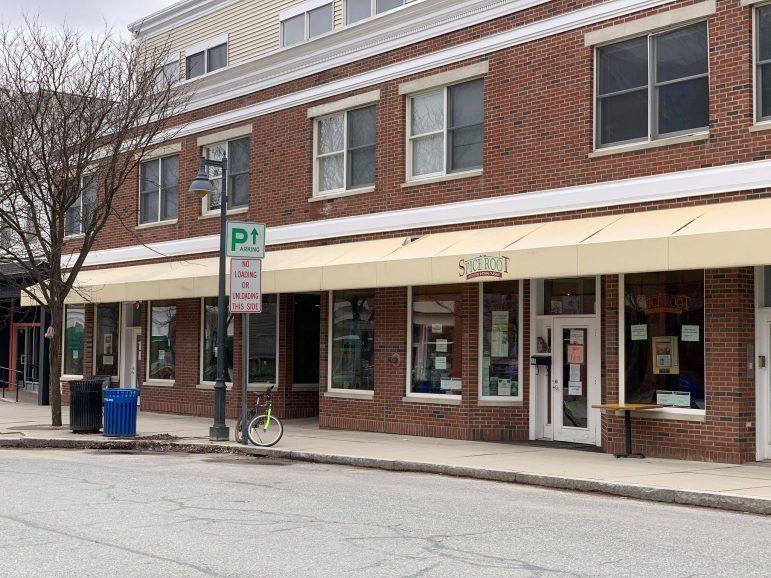 The College waived rent for businesses in Williams-owned properties on Spring Street for April, May and part of June. (Kevin Yang/Williams Record)

The College also assisted the Williams Inn, which is managed by the Waterford Company, by paying its furloughed staff through April 6 and continuing benefits until employees transitioned to the state unemployment plan. The Chamber, as well as the town, later helped the hotel prepare for the new guidelines issued by the state.

Amid the many uncertainties, questions and concerns that came with the pandemic, the Chamber stepped back from two of its three primary responsibilities — organizing large events and marketing the town as a tourist destination — and focused entirely on educating businesses in the spring. Following the Zoom calls that McLean convened with other small business owners early in the crisis, Briggs said the Chamber organized several online meetings by sector.

The seminars covered a range of strategies for small businesses to improve their websites and social media presences, as well as boost their search engine results. They capitalized on the many different skills of the businesspeople in town and extended conversations that were already happening in smaller groups.

McLean, for example, who spearheaded the initial efforts at meeting over Zoom, is known in the community for her social media savvy. The co-owners of Ramunto’s at the Log hosted virtual trivia nights that proved popular with students. Michele Gietz, co-owner of the gift and toy store Where’d You Get That, scheduled FaceTime calls for her customers to browse the store from the safety of their homes. 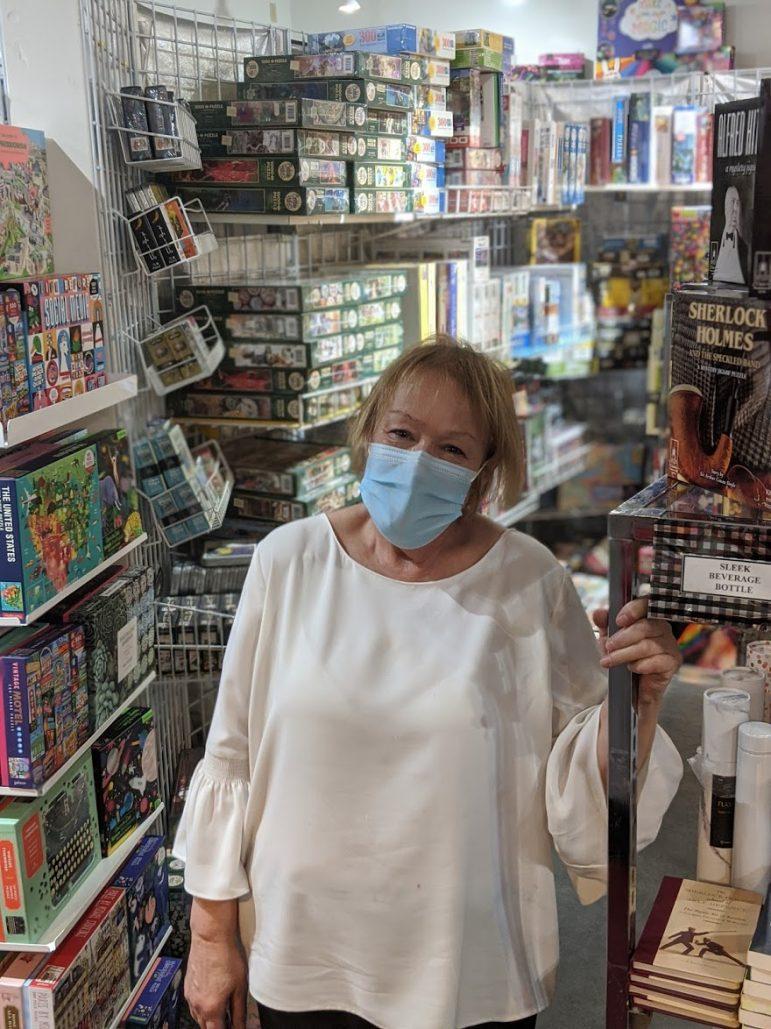 Michele Gietz co-owns the gift and toy store Where’d You Get That with her husband Ken near the southern end of Spring Street. (Ben Platt/Williams Record)

“We’re very lucky to be where we’re located,” Gietz said, before detailing how the stores on Spring Street worked together to pool their expertise and exchange ideas.

Even when business seemed the slowest, and the crisis deepened by the day nationwide, the networks old and new provided a level of personal and professional support that went a long way. McLean, the Nature’s Closet co-owner, said a shared feeling of appreciation developed.

“We’ve really fostered a sense of community,” McLean said. “We used that time to really figure out what it means to be a business on Spring Street.”

Still, the losses from a spring without in-person services were staggering. And even as phase two of the Massachusetts reopening plan neared, a summer without graduation, reunion or the Williamstown Theater Festival loomed.

The second part of the four-part series will be published the morning of Friday, September 11.