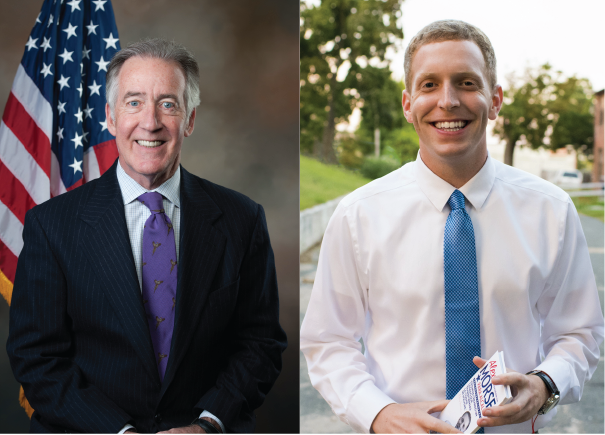 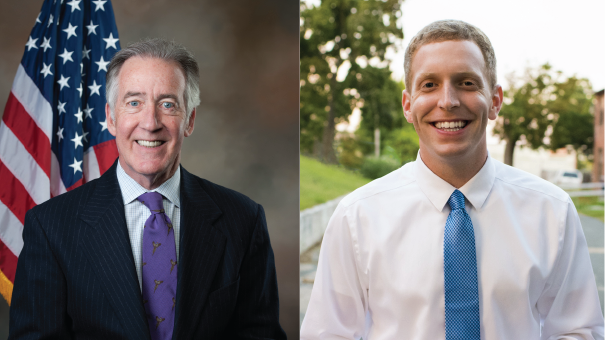 Massachusetts’ 1st congressional district, home to Williamstown, Berkshire County and most of Western Massachusetts, isn’t exactly competitive territory in most general elections. Hillary Clinton won the district by 20 percentage points in 2016, and the Democratic incumbent, Richard Neal, didn’t even face a Republican challenger in the midterm elections two years ago.

But this year, Neal has a different sort of challenge to worry about: Alex Morse, the 31-year-old mayor of Holyoke — about an hour-and-a-half southeast of Williamstown — is running against Neal in the Sept. 1 Democratic primary.

Morse, who has been running since last July, made national headlines this month after he was embroiled in unconfirmed allegations of sexual misconduct which were later revealed to be based in an effort to damage Morse’s campaign. But here in the district, the election has been waged along lines well separate from the controversy.

In some ways, the contest is an ideological one. Neal is commonly thought of as a moderate or mainstream Democrat, while Morse is running distinctly to his left on a platform of Medicare for All, the Green New Deal and other progressive priorities.

The race could also be viewed as a generational contest. Neal is quick to point out the things he’s done for the district during his 30-year tenure on the Hill; Morse, who was born a few weeks after Neal was sworn in for his first term, counters that the congressman has lost touch with the district over his many years in office.

But as anyone in Western Massachusetts will tell you, the district also has plenty of local needs that urgently need to be addressed. Both candidates stress what they’ve done and what they can do for Western Massachusetts; the Record was able to talk with Morse about his plans for Williamstown and the Berkshires if he’s elected. Neal’s campaign did not respond to multiple interview requests.

“When it comes to Berkshire County and this district,” Morse said, “I think one of our most important and biggest differences is the fact that congressman Neal is largely absent and unaccountable and refuses to do town halls and meet with everyday people in the district.” While Morse has plenty of ideas of his own, this was one theme he continually emphasized: Neal simply has not done enough.

Morse highlighted his work as mayor on education and college affordability, transportation and infrastructure, marijuana legalization and immigrant justice, all issues he hopes to focus on in MA-01. “I was one of the first mayors to declare my city a sanctuary city back in 2014,” he said, “and I was the first and only mayor in 2016 to publicly support the legalization of the recreational use of marijuana in order to dismantle the war on drugs and the negative impact on Black and Brown communities and allow folks who have been harmed by prohibition to build wealth.”

Perhaps the issue Morse is most passionate about, and one that is central to many Berkshire County residents, is the opioid epidemic. His brother, who struggled with heroin addiction his entire adult life, had to navigate “a healthcare system that really doesn’t value substance use disorder” and passed away from a heroin overdose this past February in Pittsfield.

When Morse became mayor in 2012, one of the first things he did was open a needle exchange program in the Holyoke, which had one of one of the highest rates of HIV and hepatitis C via IV drug use in the state. Morse said this program was “very unpopular” when he first introduced it, but it is now run in 30 different locations across the state.

Morse also implemented implicit bias training and de-escalation to the Holyoke Police Force. In his nine years as mayor, he said that not a single officer has fired a weapon.

“One of the reasons I’m running is because there’s only so much I can do regarding criminal justice on the local level,” he said. “Yes, I declared my city a sanctuary city and barred my police department from complying with ICE [Immigration and Customs Enforcement] and yes, I support the decriminalization of marijuana and the legalization and not criminalizing poverty and addiction and homelessness in our country, but we need federal legislation to make more of a difference.”

On national priorities, Morse is a strong supporter of single payer Medicare For All and the Green New Deal, noting that Neal is the only member of the Massachusetts Congressional delegation who has not signed on to legislation supporting the Green New Deal. “[Neal] just fails to completely grasp the urgency of the climate crisis,” said Morse, who led Holyoke away from fossil fuels and onto 90 percent carbon-neutral energy by 2020.

Like Morse, Neal got his start in politics as a mayor, running Springfield — Western Massachusetts’s largest city — from 1983 until 1989. And, like Morse is trying to do, Neal jumped straight from mayor to U.S. congressman, eventually rising to the chairpersonship of the powerful House Ways and Means Committee.

Neal’s campaign did not respond to the Record’s multiple requests for an interview, but his website lists many of the issues he’s fought and will fight for. Some of his key priorities include affordable and dependable health care, a fair tax code and the dependability of Social Security and Medicare benefits.

Throughout the COVID-19 pandemic, he has also written and negotiated many Democrat-led bills, such as the Coronavirus Aid, Relief and Economic Security (CARES) Act with House Speaker Nancy Pelosi and Treasury Secretary Steven Mnuchin.

In an interview with The Berkshire Eagle published on Aug. 15, Neal emphasized his track record in Congress rather than his ideological differences from Morse.

Neal went on to highlight what he sees as a powerful advantage over Morse: the connections and relationships he has formed with Democrats and Republicans alike in local and federal government offices during his three decades in office. His website promises that he’ll keep doing what he’s been doing through those 16 terms: “I’ll always have your back.”

During their debate on Aug. 17, their ideological differences were on full display, with the two candidates disagreeing on issues ranging from military spending to rural broadband, health care, police reform and climate change.

In addition to policy divides, Morse criticized Neal for his position as the top recipient of corporate PAC money in the House. “Do we want a member of Congress that is bought and paid for by corporations, by big pharma, by the fossil fuel industry, by the big health care lobby?” Morse asked.

“If you contribute to my campaign, you buy into my agenda,” Neal said in response. “I’m not buying into yours.”

Neal also criticized Morse for his lack of attendance at local meetings. “He talks about all of these things he’s going to do,” Neal said. “He missed 28 of 62 meetings of the Holyoke School Committee as the schools fell into receivership … If you were a real progressive, you would have cared about those children in the Holyoke Public Schools.”

With 3 days until the primary, both campaigns are in full swing, backed by hundreds of thousands of dollars in outside spending and advertising on behalf of both candidates. Like in 2018, no Republican filed for the seat, meaning that the winner on Sept. 1 is all but assured of representing the district come January.

Neal’s endorsements feature a laundry list of heavy-hitting Democratic officials and organizations, including Speaker of the House Nancy Pelosi, late U.S. Rep. John Lewis, and the Massachusetts AFL-CIO. On Morse’s side are the left-wing groups Justice Democrats and the Sunrise Movement as well as U.S. Rep. Alexandria Ocasio-Cortez.

COVID-19’s arrival in March forced both candidates to return to their day jobs: Neal, to his work on the Hill getting coronavirus relief passed, and Morse, to his mayoral duties of 40,000-strong Holyoke.

The pandemic has also caused a rethinking of campaign strategies and styles. Morse said that his campaign has done “a ton of virtual town halls, phone banking and other ways to connect with voters” in place of in-person events and canvassing.

The race took yet another unexpected turn earlier this month when The Daily Collegian, UMass Amherst’s student newspaper, reported that the College Democrats of Massachusetts (CDMA) had disinvited Morse from their events due to “numerous incidents” of inappropriate romantic and sexual advances towards college students. Due to the allegations, many of Morse’s endorsers ‘paused’ their support, and Morse himself reportedly considered dropping out of the race.

Morse, who is gay, put out a statement soon after the allegations dropped insisting that “I have never, in my life, had a non-consensual sexual encounter with anyone,” and insisted that the allegations invoked “age-old anti-gay stereotypes.”

However, further reporting by left-wing outlet The Intercept cast doubt on the CDMA’s claims, revealing that some of the students behind the letter had deliberately plotted to harm Morse’s campaign. UMass Amherst, where Morse has taught as a guest lecturer, is still investigating the claims against Morse, while the Massachusetts Democratic Party is conducting its own investigation into the story behind the CDMA letter; neither investigation is likely to conclude before election day.

(Note: The Record conducted its interview with Morse shortly before the allegations first surfaced, and a spokesman for the campaign did not respond to a request for a follow-up interview.)

Now, barreling into the final stretch of the election, the race is as tight as it’s ever been. An Aug. 25 poll from Jewish Insider put Neal in the lead 49-40, while Morse released a poll on Aug. 17 showing him trailing Neal by five points.

In Morse’s words, “There’s a sense of urgency right now in this country and the district.” Morse certainly hopes that urgency falls on his side, but it will be the voters of the 1st district — of Springfield, Holyoke, Pittsfield, North Adams and Williamstown — who get the final say.

Early voting is open until this Friday, Aug. 28, and polls will be open from 7 a.m. until 8 p.m. on election day next Tuesday, Sept. 1. In-person voting will take place at the Williamstown Elementary School; contact the town clerk ([email protected]a.gov) with any questions.