Earning the right to say it 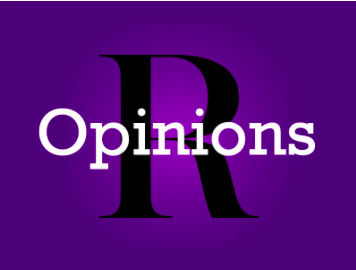 Note: This essay expresses the author’s personal opinions. It doesn’t claim to reflect the views of Williams College or its leadership team.

This summer, Black Lives Matter signs appeared in front of homes of all kinds, in Williamstown and out in the surrounding countryside. Judging by their numbers you’d expect Williamstown to have solved racism by now.

We haven’t, and the dissonance is instructive: Symbolic statements have to be backed by action or else they’re just lies. Or, worse, empty words. Take a tour around Williamstown and you’ll see a lie that white Americans are telling ourselves.

The dissonance is very noticeable on campus, too. There are really two Williams Colleges: one with beautiful facilities and intriguing opportunities everywhere (as long as they don’t involve the horror of a Black garden in front of Paresky). The other described by people I care about as lonely, unwelcoming, oppressive.

Recently, I’ve heard suggestions that Williams post a Black Lives Matter statement on the college homepage. In my personal opinion, to do so right now would be the virtual equivalent of a lawn sign. A vote for the first Williams: The place of polished surfaces. The place that obscures that other place.

Signs and statements—even territorial acknowledgements—can have symbolic value. But symbols need to be earned by those who use them. I want to see Williams earn them. I believe we can, or I wouldn’t be here.

But they can’t be earned by the labor of people of color in this community. Williams and schools like ours with a history of white supremacy have a parallel history of asking faculty, staff and students of color to teach us, their white counterparts, to be less racist.

They also aren’t earned with talk. Last year, Kyle Scadlock ’19 asked the Williams community: “How do you tell the truth to a group of white people?” Kyle and his contemporaries dared to suggest that, in order for white people to hear the truth, we’d need to stop talking.

So I’ll stop now. After I do, I’ll look forward to the time when white Williams can honestly speak up and proclaim that Black lives matter. To get there, I and a lot of other folks are going to have to stop saying so much and start doing a lot more.

Jim Reische is the Chief Communications Officer for the College.