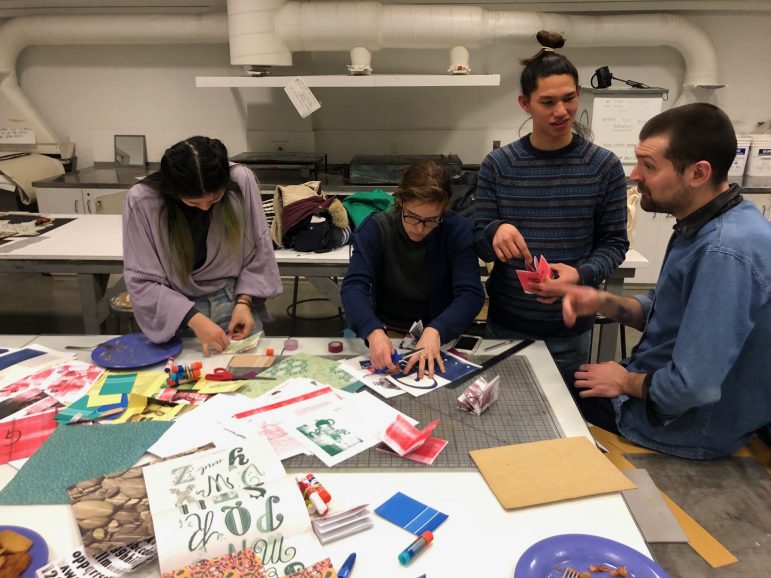 Students construct their own zines during the hands-on portion of Thursday’s workshop. Photo courtesy of Wilson Lam.

The Williams College Museum of Art (WCMA) commemorated Valentine’s Day last Thursday with “Queer Zines: A Conversation and Workshop.” As its name suggests, the event was a two-part look into the relationship between zine culture, contemporary media and queerness in all its manifestations.

The event’s first half began in WCMA’s new exhibition, “possible selves: queer foto vernaculars,” an exhibit inspired by social media’s and digital zine culture’s contributions to contemporary queer self-expression. As visitors entered the space, they encountered a tabletop spread of zines published by guest speaker Be Oakley, artist and founder of GenderFail, a publishing and programming initiative that advocates for and amplifies intersectional queer voices. Soon after, Oakley began conversing with Assistant Professor of Art Pallavi Sen, who had known Oakley since graduate school.

Sen began the conversation by reciting a Facebook post, written by queer activist Alok Vaid-Menon, that called on society to celebrate friendship as an equally valid form of love alongside romantic and sexual love. Oakley then began to recount their own history of zine-making, from smaller publications during their undergraduate studies to GenderFail, an initiative that embraces failure as a creative force resulting from the dismantling and destruction of preexisting systems.

In particular, Oakley discussed their objective to uproot the able-bodied cisgender white gay male as society’s queer default: Twink, one of Oakley’s earliest projects, was a zine that collected Google Images search results for the titular word. After pages of the expected shirtless, hairless, svelte young (mostly white) men, readers would begin to spot a woman whose face began to emerge more and more, until the final few pages were more or less devoid of the former and dominated by the latter. In creating Twink, Oakley hoped to desexualize the titular term and disassociate it from what some may consider the “default/ideal queer body.”

The conversation then shifted towards Sen’s own forays into zine culture, which culminated in the creation and publication of her own zine, the Dead Planet Cookbook. Dismayed at the contemporary culture of waste and culinary ineptitude of her peers, Sen set out to construct easy and low-budget (“under $30 a week”) meals that satisfied both the body and soul, trying to minimize the use of ingredients that came in disposable packaging. Citing cooking for someone else as the greatest act of love one could undertake, Sen emphasized that each dish she made with and for others had a story, and that the Dead Planet Cookbook was as much a book of recipes as it was a slice of her life. 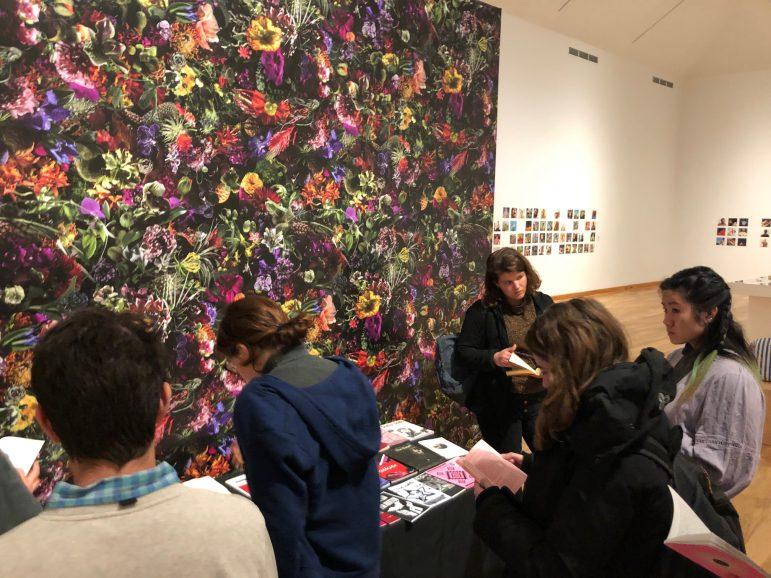 After a brief break for dinner, attendees regrouped in the Spencer Studio Art Building for the second part of the event: beginning their own adventures in zine creation. Oakley showed attendees how to make their own eight-page mini zines from single sheets of paper. Sen and Oakley encouraged attendees to think and make beyond the rectangular forms so commonly associated with paper publications.

In keeping with the event’s premise of recognizing and celebrating non-romantic and nonsexual love, Sen and WCMA Associate Director for Academic and Public Engagement Nina Pelaez even made Valen-zines for one another. This reporter also took the opportunity to make a zine for a dear friend or two. All in all, Queer Zines filled what would be a typical Valentine’s evening with radical softness, queer creativity and love in all forms.