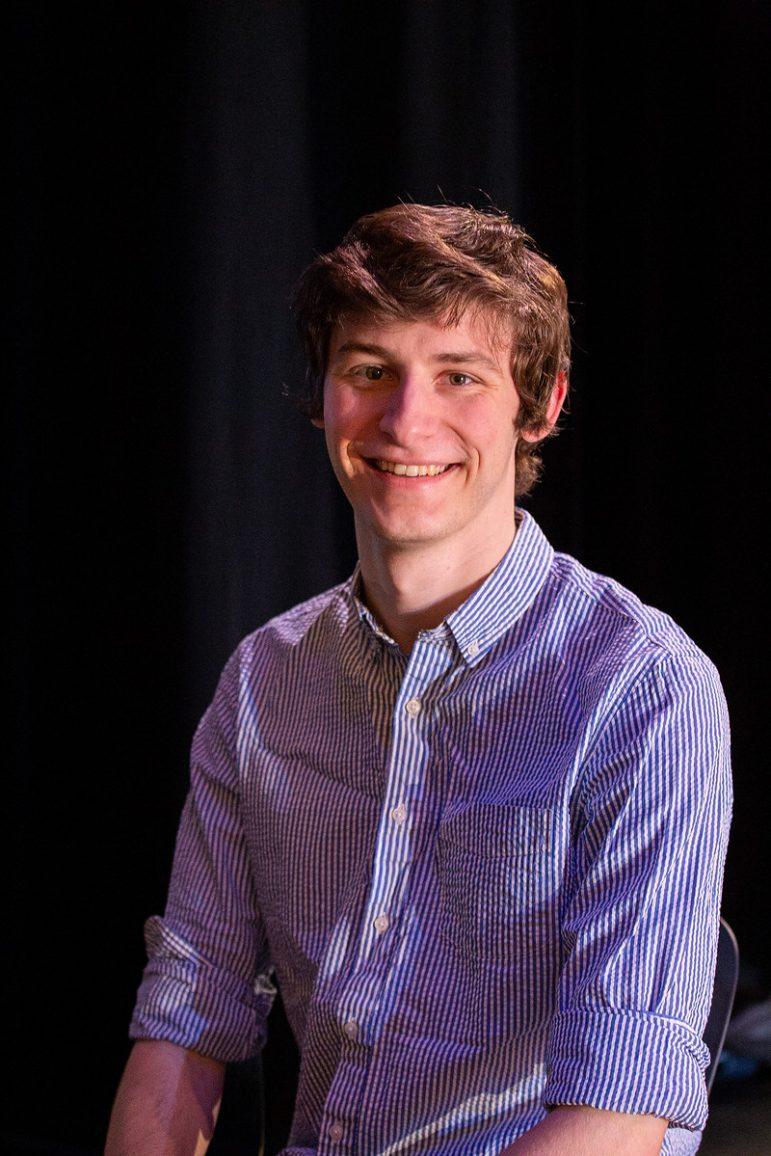 Jack Romans ’20 is using his Watson Fellowship to explore youth theatre practices across the world. (Photo courtesy of Brad Wakoff.)

While life after college typically invites adulthood, independence and rapid growth, the post-grad plans of Jack Romans ’20 do quite the opposite. In fact, the project he will undertake through the Watson Fellowship — a prestigious one-year grant for independent international research  — is titled “Never Growing Up.”

Romans had planned to travel to Indonesia, Australia, South Africa and the Netherlands, guided by the question, “What does the practice of theatre for young audiences teach us about universal storytelling?” A theatre major, Romans fell in love with the art form while participating in children’s theatre throughout his childhood as a performer, audience member and, for the past few years, as an educator in his hometown of Twin Cities, Minn.

“I think I like how children do not care about doing it perfectly,” he said. “I think that’s one of the greatest gifts to a theater production, when they don’t really care and they’re able to make whatever wild decisions they want. I think that’s something older performers can learn a lot from.”

Romans’ preference for a “lovely, reckless” type of theatre is certainly evident in the wide body of work he has done throughout his four years at the College. Romans has acted in, directed, written and designed various productions with risk and rigor. His senior thesis explores suicide and psychosis through a theatrical reimagining of Kafka’s Metamorphosis — certainly not geared toward children.

Romans acting as the hotheaded Damis in Tartuffe, the famous classical comedy, for the theatre department in 2018. (Photo courtesy of Keith Forman.)

Navigating his wide array of theatrical passions for various audiences is part of what he hopes to do with this project, learning how “some companies take content that we would consider too mature for children and actually put it in performance in a way that’s really digestible for them.” He sees this more evidently across the globe than in American children’s theatre, which he calls “more conservative.”

He plans to work with companies that use theatre to open pathways for discussion and education on topics they may not be exposed to otherwise. “I think that internationally, there is a greater appreciation for making theater that is geared towards young audiences but applicable to everyone.” He also said that children’s theatre around the world is more varied.

“In the U.S., if you say children’s theater, most people assume you’re talking about any range from about five to twelve, probably sock puppets that recite the alphabet,” Romans said. “If you say children’s theatre anywhere else, you’ll have theater makers that are like, ‘Oh, are you talking five- to eight-year-olds? Three- to five-year-olds? Are you talking younger than three? Less than one? Are you talking about mothers who are pregnant?’ There’s just a huge array of what theater for young audiences means around the world.”

With a focus on puppetry, educational, physical and public theatre, he was ready to learn techniques, philosophies and styles to create theatre geared towards young audiences that can be enjoyed by all.

Obviously, these plans are now on hold. The Watson normally starts Aug. 1 of the year the recipient graduates, but recipients are now allowed to defer it for up to two years. Romans is looking to start sometime in 2021. “Most of my contacts are being super flexible, since they’re all theater makers, and they’re all kind of taking things day by day, just like the rest of the world,” Romans said.

Despite the timeline shift, his project proposal remains the same, though the order of his travel may be altered. “Part of the project was to start by attending a big festival to kick off the trip and meet a lot of people, and then sort of change my project based on who I meet.” He was deciding between starting with Pesta Boneka, an Indonesian children’s puppetry festival, and the South Africa National Arts Festival, and intends to officially embark on his fellowship depending on when the two go live, though he still plans to attend both.

A scene from The Lesson, one of the plays Romans directed for Microdramas in 2018. (Photo courtesy of Keith Forman.)

The flexibility and eagerness to create regardless of circumstance is another factor well represented by Romans’ creative work at the College. In the fall of his junior year, he directed two fully produced productions for the department’s Microdramas one-act festival. At the same time, he took an independent study in directing with Professor of Theatre Robert Baker-White, in which he directed three one-acts, one every two weeks. “Sometimes it was script in hand, sometimes it was off book with staging, lighting and costumes,” Romans said. “It just depended on the availability of the actors and whatever we could accomplish in that two-week period.”

This “really quick and dirty theater making” is where Romans thrives. “It was a really nice balance of seeing how academia can help create grander ideas with decisive, unique decisions of why you’re doing what you’re doing, while not losing sight of creating art that is attractive, strange, and interesting.”

While primarily an actor and director, another favorite course of Romans’ was Intro to Theatre Technology, where he learned the tangible technical skills — hanging and designing lights, setting up speakers, building and scaling platforms — that allowed him to create the effects and atmospheres that his “crazy director brain” envisioned.

This “intimate and robust” training forced him to leave certain comfort zones that he did not even know he had, and is what Romans will always admire about his theatrical education at the College. “Williams taught me to stand my ground and know what the heck I’m talking about,” he said. “And to scrutinize things in a way that leads to greater discoveries about why we are making theater, what can be done with theater, what can be done with just a couple sock puppets or with a flashlight and some tissue paper. It taught me to be excited about discomfort in that way, to scrutinize and not knowing where it’s going to lead me.”

Through cold emails, researching festivals, harnessing connections and meeting friends-of-friends, Romans created his worldwide travel plan with the best professionals in the field. “The fact that I was able to sort of rope it together and talk to the artists having not ever met them is something that I have the skills that I’ve acquired at Williams to thank for, and I’m excited to see once I actually get started in these other countries how those skills and lessons manifest themselves in the work that I do.”