The Williams Record • May 23, 2020 • https://williamsrecord.com/301302/features/seniors-reminisce-on-the-clubs-they-founded/

Seniors reminisce on the clubs they founded 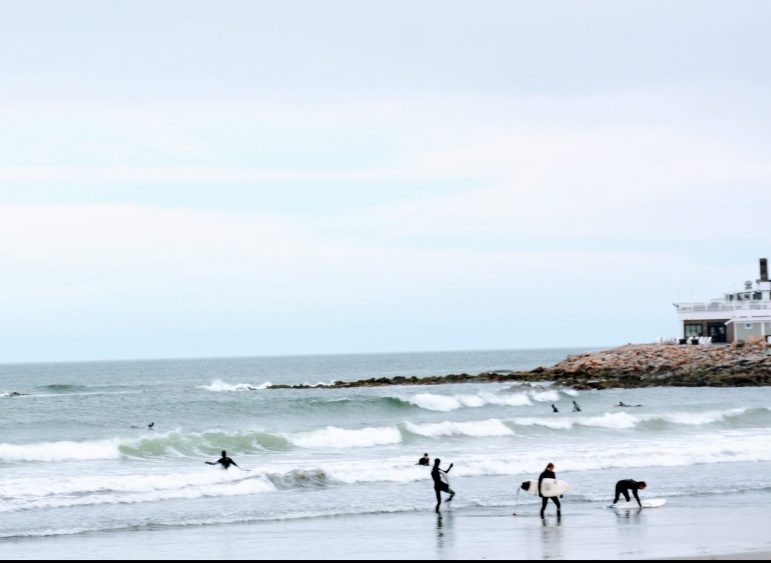 Classes are finished, finals are nearing their end, and clubs, the lifeblood of the College while on-campus and possibly even more critical in the era of Zoom, are packing up for the summer. For some members of the Class of 2020, the end of the academic year means saying goodbye to the clubs they founded, led and guided, and passing them on to a new generation of leaders.

In the spring of her freshman year, Skylar Chaney ’20 was at home recovering from a skiing-related concussion when she immersed herself in her new passion of surfing. Returning to the College and leaving the ocean in fall 2017 was a rough blow, until she thought of how to bring her enthusiasm to campus: founding a surf club.

“Wow,” she said she remembered thinking to herself, “it would be kinda cool to start a surf club, we should start a surf club at Williams! How radical would that be?” She reached out to friends and professors who were interested in the idea, but “it was still kind of a joke to us at that point,” she said. “I thought maybe we could get funding for a handful of people to go out surfing.”

That changed when Surf Club arrived at the Purple Key Fair. Despite expecting to barely scrape by with the necessary 15 signatures, the club instead got 100 signatures and a 150 student-strong ListServ. “A lot of people were interested. A lot of people at Williams surfed at home in California, or down in Florida, and just wanted to be a part of it,” she said.

Since that fateful fair, Surf Club has taken dozens of surf trips — most often to Narragansett, Rhode Island, a three- to four-hour drive from Williamstown — as well as hosted movie nights and parties. Chaney emphasized that she and her fellow leaders have always insisted that the club be open to people who may not immediately fit into surf culture.

“We wanted it to be more than just a bro-y group where people could get together and say surf lingo and act really cool,” Chaney said. “We wanted to be really open to beginners, to anybody who’s just interested in being in the ocean or wanted a reminder of what home was like.”

Nearly a year before Chaney and her surf pals hit the waves, Nikhil Palanki ’20 was on his way towards starting his own club, even though he was still only a first-year. Palanki founded Alhambra Consulting Group, “a consulting group that provides data analytics and research pro-bono for Berkshire County businesses, nonprofits and public sector groups,” after he was inspired by a CLiA fellowship.

Palanki said that when Alhambra was still in its early stages, his class year provided something of a hurdle. “The challenges with founding Alhambra, such as finding students interested in working with clients, building a team of partners and managing our clients’ expectations, were definitely exacerbated by the fact that I was a freshman and had less familiarity with Williams and the Berkshires than upperclassmen,” he said.

Once they had gotten the club off the ground, though, Palanki and his partners began to seek out the clients the group wanted: “groups that … didn’t have the labor capacity to handle tasks such as research or analysis of their data,” and thus could benefit from Alhambra’s free services. “As an organization, we care more about having a measurable impact in the greater Berkshire community than satisfying pre-professional goals,” he said.

Hannah Goldstein ’20 was in the middle of her sophomore spring when she came up with her club, Students for Israeli-Palestinian Dialogue (SIPD), an organization dedicated to providing a forum for students of any ideological leanings to discuss the Israeli-Palestinian conflict.

“I founded SIPD in Spring 2018 in an effort to fill a gap in campus conversation,” Goldstein said. “We noticed there were loud voices telling an important story of Palestinian oppression, but in doing so, these voices used language that made me feel alienated from learning more and didn’t acknowledge the nuance of this intense conflict.”

Like Palanki, Goldstein faced challenges in early days of her club, although for very different reasons. “At first, SIPD was seen as a ‘covert Zionist (pro-Israel) organization’ with a serious political agenda,” she said. “This frustrated the SIPD team to no end as the entire point of our organization was to bring people together from all perspectives and give opportunity to share and learn more — no matter participants’ backgrounds.”

“Over the years,” Goldstein continued, “through developing an abundance of programming and reaching out to different parts of the Williams community, I’m proud to say the community understanding of SIPD is aligned with our mission to support all people and political opinions and to start conversations from a place of mutual ground.”

It wasn’t until their junior years that Joelle Troiano ’20 and Dew Maskati ’20, along with two class of 2019 co-founders, started their club, the Student Choreographers’ Coalition (StuCho). The club was designed to give students an opportunity to choreograph dances outside the constraints of formal dance groups; Troiano said that “the idea is for people from whatever dance backgrounds to be able to come in and make their own piece.”

Unusual for a performing arts club, StuCho did not rely heavily on consistent, all-club meetings. “Instead,” Maskati explained, “individual choreographers will have a cast of dancers that they’re working with, and they will meet to rehearse on their own time. It would [only] be for performances that the entire group would gather.”

For their fall performance this year, the club hosted a 24-hour festival — similar to the annual 24-hour play festival — which resulted in an entire album’s worth of songs and accompanying dances. The cancellation of on-campus studies, of course, threw a wrench in StuCho’s plans for a spring performance, but the club carried on undeterred. “We started doing weekly Instagram challenges through our Instagram page,” Troiano said. “You know, not a ton, but a few people would send in pictures or videos every week.”

Troiano added that the club’s growth in the past year has made her more confident in its future. “I think it was really great to see this year how it went from a pretty small group of people where we mostly knew everyone going in — it was like Dew and I and our friends — and then this year, having a new freshman class think, ‘oh this is a legitimate group,’” she said.

With graduation nearly here, even if there is no commencement to accompany it, seniors will have to depart their extracurricular offspring. But, in true Williams fashion, the four clubs all have robust leadership plans already in place for next year.

Palanki has already, in effect, passed Alhambra on, stepping down as managing director in 2019 and serving in an emeritus role since then. But he still expressed hope that the club would thrive even without its original members. “Since all of the founding partners will have all graduated by this year, my only hope is that Alhambra stays true to its initial goals of supporting development in the local Berkshire community and providing engaging, real-world experiences for Williams students,” he said.

Chaney and Goldstein, both of whom have already found first-years and sophomores interested in leading the club forward, agreed that continuing their clubs’ spirit and enthusiasm is essential. “My main hope… is just keeping that energy alive, which they’re already doing by continuing to be interested in Surf Club,” Chaney said.

“What I’m most excited about is to leave SIPD with Sydney [Pope ’22] and Gaby [Ivanova ’23]’s creative license and see what they come up with,” Goldstein said of her club.

Troiano was the bluntest of all. “[StuCho] doesn’t need us anymore, I don’t think,” she said. “I’m not worried about that. There was definitely a point where it was like, oh no what’s going to happen, when the original founding board wasn’t there, but they’re fine! They’ve got it!”