The Williams Record • May 22, 2020 • https://williamsrecord.com/300288/features/thousands-of-miles-from-williamstown-some-students-return-to-business-as-usual-but-the-pandemic-is-never-far-from-their-minds/

Thousands of miles from Williamstown, some students return to business as usual — but the pandemic is never far from their minds 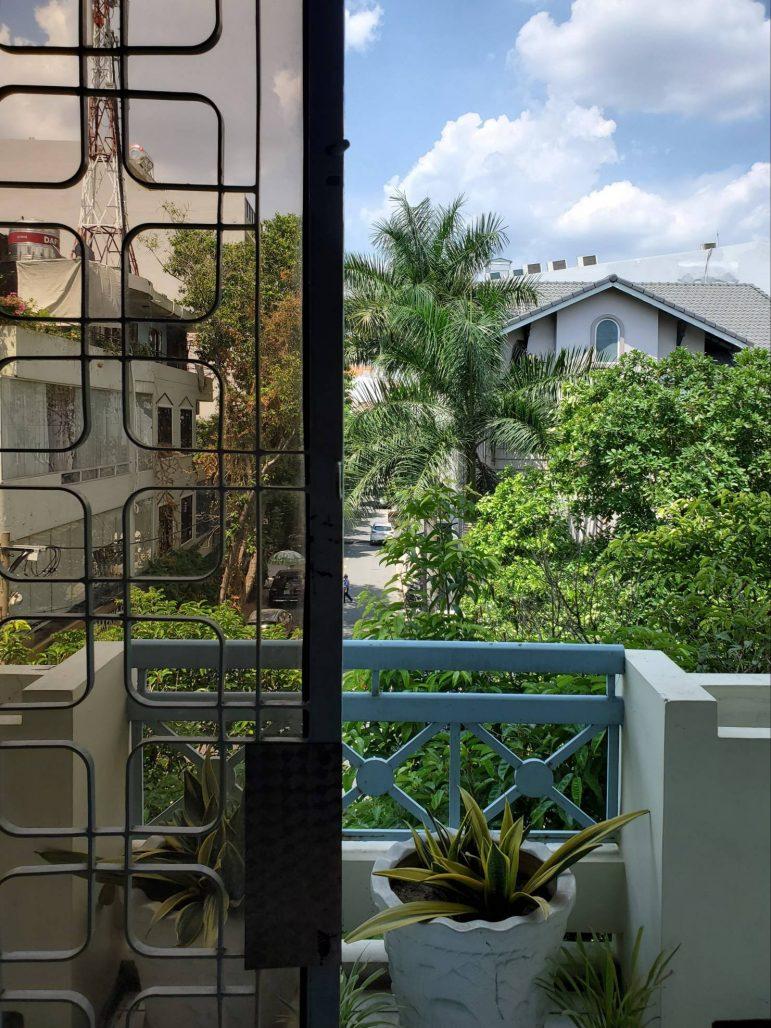 The view from Peter Le's home in Vietnam. (Photo courtesy of Peter Le). 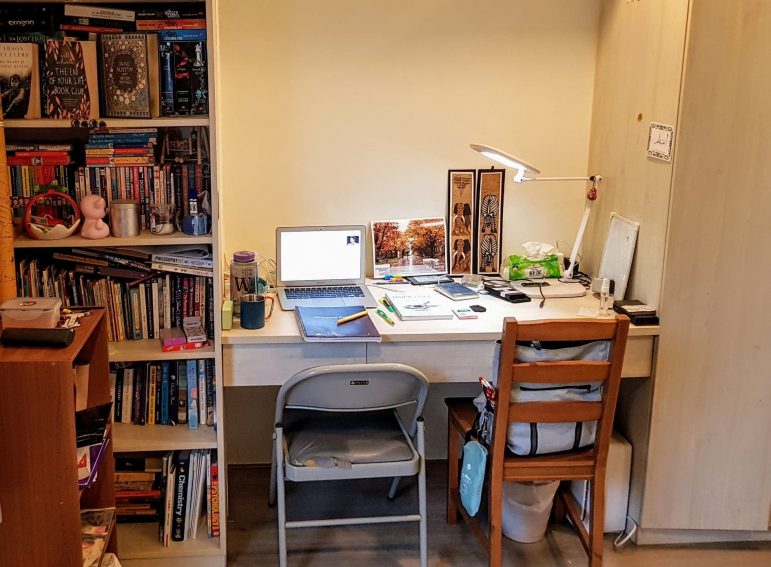 Angela Chen ’23, who lives in Taiwan, has to keep up with remote learning with a 12-hour time difference from her professors. (Photo courtesy of Angela Chen.)

“We had a birthday surprise for one of my friends who’s turning 20, and it was a lot of fun,” she said. “There were 10 of us all sitting at a restaurant, and we were just really shocked because none of us had ever considered that we would be together at this moment for this particular person’s birthday.”

While most Ephs in the United States might hesitate before going to the store or even taking a walk in the park, some international students living abroad like Chen, who resides in Taiwan, now enjoy a sense of relative normalcy and freedom. But Williamstown — and the pandemic — is never far from their minds.

Close to two months after leaving centralized quarantine, Peter Le ’21 and Vera Cao ’23 — along with Chen, who self-quarantined — are now experiencing a freedom of movement that would be unremarkable if not for the ongoing global pandemic.

Cao has broken up remote learning by seeing friends at home in Dazhou, China. “We just hung out a bit, went to restaurants and hiked,” Cao said. “I feel like things are pretty back to normal here.”

In Taiwan, Chen noted another sign of a return to normalcy. “I’m looking at the seniors who went to my high school, and they’re all gearing up for prom,” she said.

After staying in a centralized quarantine camp, Le self-quarantined at home in Vietnam for another two weeks. He also recently underwent an elective shoulder surgery, so he spends most of his time indoors now, but between self-quarantine and surgery, he had a week of freedom. He went to stores with family, and even visited a tourist attraction with one of his cousins. Even so, he said he feels more aligned with the progress of COVID-19 in the United States because, he said, Williamstown is “70 or 80 percent of my year.”

Cao observed that there were still faint echoes of social distancing at restaurants, even as practices like wearing face masks, previously ubiquitous to life under quarantine, disappeared. “It’s almost the same as before, but some people tend to choose the seats at corners… [They] try to stay away from the crowds. But other than that, I feel like everything’s normal,” Cao said. “Some of the waitresses and waiters don’t even wear masks as well.”

Chen believes that life is business-as-usual because the restrictions — which she would go so far as to call an “invasion of privacy” — were so effective.

“When you were under mandated quarantine from the government, you couldn’t really shut off your phone without someone getting alerted and people coming to your door and wondering what’s up,” Chen said. “If you were to ever leave the house and your phone was on you, they knew, and you would get fined. There are a lot of things that I think would raise eyebrows but have been super effective to level the curve.”

Some restrictions continue in Dazhou, Cao said, even as daily life goes back to normal. “If you take public transportation like the taxi or bus, then you have to sort of scan a QR code,” she said. “And then they will enter the information so that it will be kept in a record or something.”

The government in Taiwan is also taking the transition to post-COVID life carefully, Chen said. “They’re still trying to be cautious about saying, ‘Oh yeah, everybody can go on vacation, it’s normal now.’ Nothing’s going to happen, [but] they’re really hesitant to say that.”

The time difference hasn’t been a major obstacle for Cao as she finishes the semester. Most of her classes consist of pre-recorded lectures, and she said she’s been able to navigate time zones efficiently for group assignments.

But for Le and Chen, remote learning has meant shifting their schedules to work on Williamstown time — an 11-hour difference for Le, and 12 hours for Chen.

“My active schedule is more aligned with the U.S. time,” Le said. “I have meetings at midnight, classes after dinner, a lot of things happen after midnight or around that time. [12:30 a.m.] is usually when I’m the most up and running.”

The view from Peter Le’s home in Vietnam. (Photo courtesy of Peter Le.)

Meanwhile, Le usually goes to bed at 3 or 4 a.m. “My parents are trying to be OK with it, and they’re leaving me alone,” so he can stay up until whenever he needs to.

“In the afternoon, I just kind of go in and out of naps,” he said. “My parents are trying to not involve me in things in Vietnam and trying to leave a lot of mental and physical space for me… I just don’t like being very off timeline with people I’m around.”

“That’s definitely something I’m missing,” he added. “There will be days when my parents come home and sleep and our time would not overlap at all, which is really strange given that I’m always at home. That’s something that I’m definitely not really comfortable with. During quarantine, when I was by myself, and nothing outside was going on, it was more acceptable than now. I sleep when everyone’s up and doing things.”

The difficulty of Le’s lifestyle makes it hard for him to imagine doing fall semester remotely.. “I really don’t see myself being able to keep up with just being a Williams student and being a healthy and somewhat functional one, if I have to keep up this schedule for a longer time than just two or three months,” he said.

Unlike Le, Cao has had an easier time with remote learning. But she still hasn’t felt fulfilled. “I feel like although I learned all the material … the amount of stuff that I learned is not equivalent to what I would have learned if it’s not remote learning.”

That’s one reason she’s considering taking a semester off, an option which has also become more likely given the ongoing U.S. travel ban on foreign nationals which will impact international students coming back to campus. “I’ll try to figure it out if the school really reopens,” Cao said. “I feel like there’s definitely a way to come back… I could probably go to a third country for 14 days before going back to the U.S.”

But her parents are also worried about the pandemic’s trajectory in the U.S. “Even in September, when the school reopens, there might be a high risk of a pandemic still in the States,” Cao said. “So they’re a little worried about me coming back to the States as well.”