In Other Ivory Towers: Fall announcements 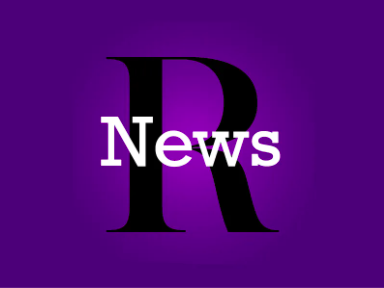 In Other Ivory Towers is the Record’s look at colleges and universities outside the Purple Bubble. In recent weeks, many schools, including New York University, Boston University, Boston College, Notre Dame, Cambridge and Harvard Medical School, have announced guidelines for the fall 2020 semester.

Boston College has announced that it will resume in-person courses for the fall 2020 semester. Using the guidelines that it developed to house the 400 students who remained on campus during the spring 2020 semester, Boston College stated that it will put in place testing, isolation and other social distancing measures to ensure the safety of its students when they return.

Although Boston University has not released plans for its undergraduate students beyond that the fall semester will take place on-campus, 44 graduate and professional programs have already adopted a mixed-mode participation model. David Kleinman, the associate provost for graduate affairs at Boston University, suggested that the finer details of such a system would need to be worked out to ensure quality remote learning.

New York University also provided a mixed-mode participation option within its detailed outline of the fall 2020 semester. Recognizing that many of its students will likely be unable to return to New York City for the fall semester, NYU has proposed mixed-mode participation in its courses, along with a plan to spread required courses across two or three semesters to give students additional flexibility. NYU is also allowing international students to take in-person courses at a satellite campus in their home country, as opposed to returning to New York or taking a remote course.

The University of Cambridge decided on Tuesday that it would cancel large in-person lectures for the entirety of the 2020-2021 school year, planning to resume them in mid-2021 if health guidelines allow. The university is leaving open the potential, however, of having in-person small group instruction – such as tutorials – in the fall.

In-Person Institutions with an Adjusted Semester

Notre Dame has taken a unique approach to reopening in the fall semester, opting to reopen its campus sooner rather than later. According to a letter written by Rev. John Jenkins, president of the college, Notre Dame will begin the fall semester on August 10th, two weeks earlier than it was originally scheduled to open. The college will also cancel its usual fall break and end the semester before Thanksgiving. The college is also asking its faculty to make mixed-mode participation options available to students who may need to be quarantined upon their return to campus.

The rationale for employing this sort of plan is that it allows for students to be put in an environment in which few people are entering or leaving campus, which would make it easier for the college to regulate and curb the spread of COVID-19 amongst the student body. To ensure this, the college has stated that it will employ mandatory testing, designate spaces on campus for quarantine, require masks and social distancing for those on campus and increase sanitation in residential areas.

The college has also asked faculty to divide their course material into two clear sections for the upcoming semester. Such a change might allow professors and students to more easily adjust to another mid-semester move to remote courses if such a need arose.

Remote Institutions for Some or All Students

Harvard Medical School took a similarly aggressive approach when it announced that all students who will be starting their first year in the school’s medical, dental and graduate programs will do so online for the entirety of the fall 2020 semester. Students returning to Harvard Medical School will resume in-person clinical training and research during the fall semester.

Harvard College is hoping to allow all of its students in all of its schools to return to campus for the spring 2021 semester.