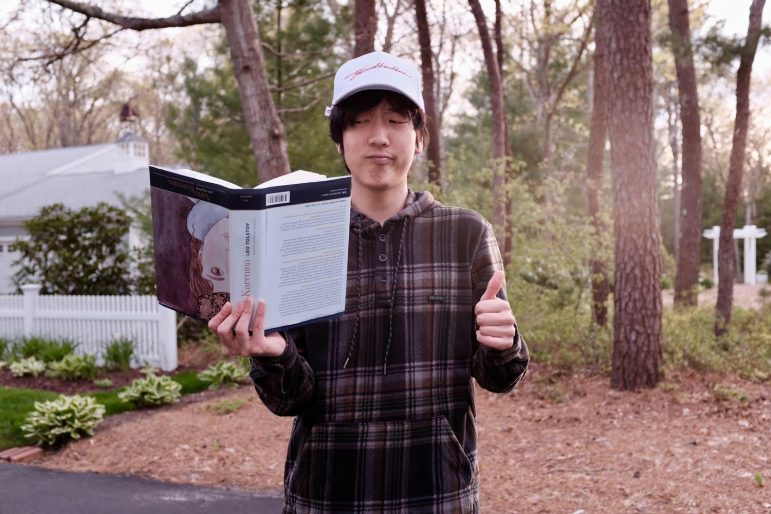 Giebien Na has taken five courses per semester since his sophomore year.(Photo courtesy of Giebien Na, taken by Shaheen Currimjee.)

Giebien Na ’20 did not expect to graduate as the first-ever quadruple major at the College. But he has earned the title after adding a fifth course to his schedule for many consecutive semesters and building passions across the three academic divisions.

The percent of students graduating from the College with more than one major has steadily risen over time, reaching 40 percent in 2019. However, Na is the first student to ever complete four separate majors at the College, graduating as a quadruple major in economics, English, history and mathematics.

Na said that as a first-year, he originally intended to major in math and economics. Although he was also interested in history and political science, he didn’t originally plan to commit to more than two majors. “I just walked into it,” Na said.

However, as the past few months have shown, plans change. When Na ended up staying on campus junior year instead of studying abroad, he was able to add the history major.

And just this past Fall during registration, he realized he could add the English major without too much difficulty by only adding one more class to his schedule. “Why not?” he said. “It’s something I did for fun.”

Each of the four majors require a minimum of nine classes, and a single class cannot be counted toward two majors. Usually, students at the College take 32 credits over the course of their four years, which would make quadruple majoring impossible.

But Na said that managing the requirements of the four majors hasn’t been too much of a challenge. He has been taking five classes per semester ever since sophomore year, when leaving the golf team opened up some room in his schedule.

However, Na’s four majors have not been evenly distributed across his four years at the College. Having picked up history and English after his sophomore year, his last two years have been more writing intensive. “Going from one mode of thinking to another wasn’t difficult, but [it was] definitely something to adjust to,” he said.

Na did not report a favorite among the four majors because of the variation between each major. “I love all of them,” he said. However, he did say that his favorite mode of class is the tutorial, because the format allows for “so many different learning opportunities.” Na has taken tutorials in each of his majors except for math and says that the style of learning and writing in a tutorial varies greatly between disciplines.

Although he said that there are a few classes outside his majors that he wishes he had been able to take, he was able get credit for his majors while taking courses that were cross-listed in multiple departments. Some of his favorite non-major classes have included a justice and law course on the Constitution and a religion tutorial about India.

When he was not in class or studying, Na found time in his busy schedule for other activities. For three years, he worked for an online tutoring company preparing high school students for the SAT and college applications. As a new challenge, Na is currently running the newly founded history department Twitter account (@HistoryEph) – his first time on Twitter.

Na said he’s not yet sure of how he will use his majors in his post-graduate life, but he is thinking about going to law school in the future. He does not want to commit himself to pursuing any one specific area after graduation, but hopes that his majors will come in handy no matter where he ends up.

When asked about advice for future quadruple majors, Na joked, “Don’t do it so I can remain the only one!”