The Williams Record • May 6, 2020 • https://williamsrecord.com/289887/arts/a-cappella-groups-discuss-the-transition-to-quarantine-new-initiatives/

A cappella groups discuss the transition to quarantine, new initiatives 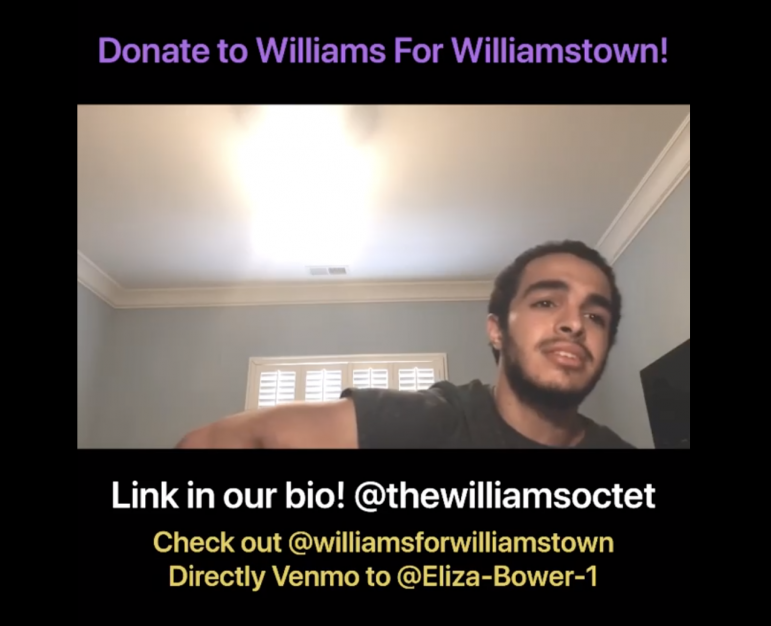 The classroom experience has been hindered, athletics have been canceled, final performances have been nixed, lives have been uprooted and, yet, some continue to sing in spite of their separation from nearly every semblance of campus life. A cappella groups that had the remainder of the semester to look forward to, and perhaps most notably final performances for seniors to prepare for, have reacted to the changes in circumstances in myriad ways, with some pursuing ways to release content and others focusing more on the interpersonal relationships and their abilities to help each one another in quarantine.

The Octet has found communication and creation to be part of their routine since the transition to remote learning. They’ve utilized Zoom and GroupMe to remain connected, creating lighthearted conversation through sending jokes and memes and have even hosted an abnormally large Zoom call with Octet alumni. While they have not recorded any new content in quarantine, their full-length album “What Could We Say” was released just a week before the semester on-campus was cut short. The group has continued to broadcast their voices through methods other than recording new songs. Kenneth An ’20, the current music director of the group, has been leading some of these new approaches.

“We have been doing a series on our IGTV called ‘Oc-Tunes,’ in which every two days one of us sings a solo of our choice,” An said. “The series is a way to raise awareness for Williams For Williamstown, a fundraiser started by a couple of ’20 classmates that helps support and feed the BMC (Berkshire Medical Center) medical staff. We wanted to find a way to sing and support our community, and we came up with the [‘Oc-Tunes’] series.”

In the coming weeks, the Octet plans to continue this series while considering other avenues, like contributing to a rendition of “Echo of Williams” (composed by Octet alum Kevin Weist ’81) with alumni members. But despite these creative projects, An sees the group’s communication and activity in quarantine as being focused on its abilities to cultivate and sustain friendships, an incredibly crucial characteristic of any extracurricular in moments of separation, isolation and anxiety. “Everything I do for the Octet, I do because I love the group and the people in it,” An said. “This has been true throughout my entire time with the Octet, and the love has been getting stronger every year.”

GQ (Good Question) has similarly seen the group’s abilities to positively create community over the past few weeks. “We’re interacting more like a friend group than a club these days,” Polly Ellman ’22 said, “which is really what we’ve always been when you put the singing aside.” Like the Octet, they’ve communicated more casually in quarantine, using GroupMe and Snapchat groups and hosting informal Zoom hangouts once a week where anyone who is available is free to drop in to discuss whatever is on their mind.

Due to difficulties in recording music over video-chat platforms like Zoom and to record in general, the group’s communication has been centered around staying in touch and providing respite, maybe even a distraction, from surrounding anxieties. Although GQ has not been able to keep up with business as usual regarding singing and rehearsals, they are considering embracing the wonders of the newer Netflix feature, Netflix Party, which allows users to chat while streaming content at the same time. “[We’re] thinking about watching Avatar: The Last Airbender together once it comes back to Netflix (like a virtual rendition of the movie nights we used to have on campus),” Ellman said, “and this Friday we’re planning to have a Zoom party because it was supposed to be the night of our final concert.”

Calling these times unprecedented is nothing new, but that doesn’t mean it’s wrong. However, within the throes of abnormality, a cappella groups have found ways to maintain community by turning to new technologies like and shifting their on-campus rituals into the ones defined by the time of quarantine and limited to digital interactions (that is, of course, if you are following proper social distancing protocols).