Faculty on sabbatical change plans due to COVID-19 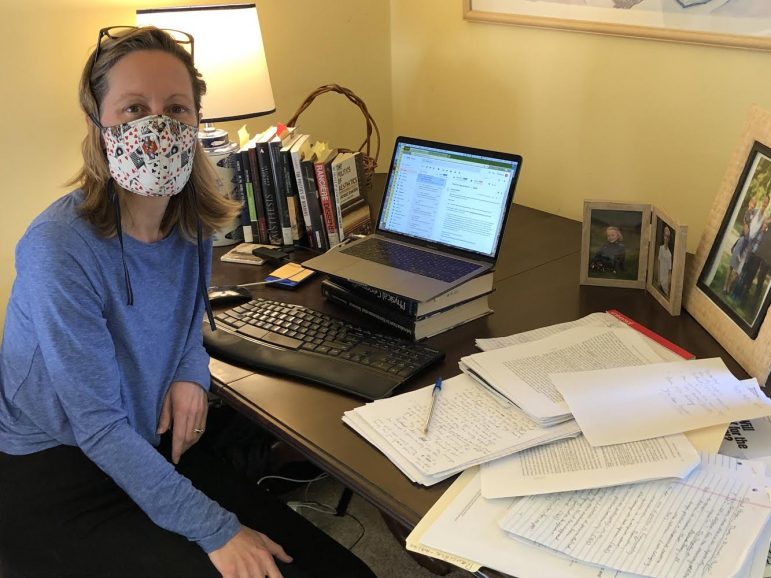 Through all of her 28 years at the College, Professor of Political Science Cathy Johnson knows the ins and outs of the sabbatical. She, like many seasoned professors, has gone on more than she can count. But Johnson’s current sabbatical has proven to be different from the rest.

Many professors are in the same boat and have been working under the confines of a pandemic to ensure a successful year away from the Purple Valley.

A change of plans

For Professor of Mathematics Ralph Morrison, the pandemic threw off plans for travel and teaching. Besides being in Amherst, Mass. for most of the academic year to work with colleagues at the Five College Consortium, he also planned to spend two months in Leipzig, Germany doing research on tropical and algebraic geometry through a fellowship from the College. Morrison worked at the Max Planck Institute for Mathematics in the Sciences in Germany for about three weeks before the country went under lockdown, and most of his talks and conferences were subsequently cancelled.

“The big choice I had to make was whether to try to get back to the U.S. as soon as possible in case of increased travel restrictions, or to sit tight until it was deemed safer to travel,” he said. “I wound up splitting the difference, flying back to the U.S. at the end of March. This meant I missed the mid-March chaos of six-hour customs lines, but also avoided some of the increased flight cancellations of April.”

Johnson’s original plans for her sabbatical included traveling to visit her son at the Chinese University of Hong Kong in February and March, but that changed when her son had to return to the United States in January. She is currently researching how Governor of New York Andrew Cuomo’s administration is managing income inequality. “I was planning on doing a lot of research trips to interview people about what they’ve been doing in economic development,” she said. “That’s been scotched too, at least the travel portion of it.”

Lecturer in Music and Director of the Jazz Ensemble Kris Allen, who is on sabbatical this semester, had a series of upcoming performances and classes cancelled. “Certainly, everything shutting down did get in the way of a lot of performances for me,” he said. “I was supposed to give a whole bunch of different master classes at schools all over the Northeast, and that couldn’t happen but maybe that will happen at a later date.”

Despite these cancellations, Allen has been practicing his instrument and continuing to make music, albeit not with other musicians, during the quarantine. “I have these two different records and recording projects kind of locked and loaded, ready to go, that I’d love to start rehearsing and book a date in the studio, but it might have to wait,” he said. “The saxophone is always there and in the absence of any other concrete projects, I do feel grateful to spend a lot of time practicing my instrument, which is a never-ending thing.” 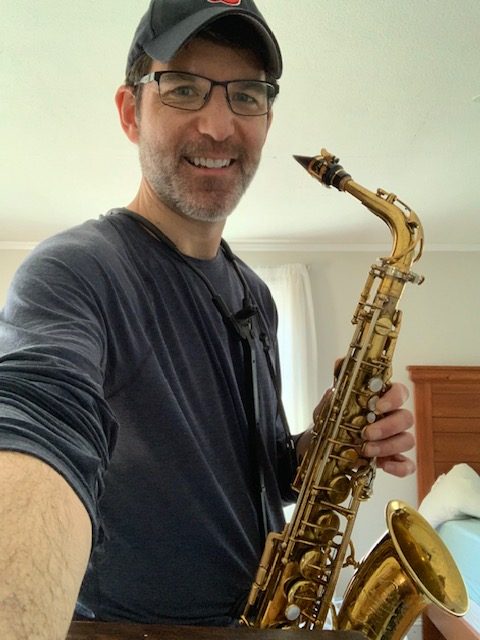 Lecturer in Music and Director of the Jazz Ensemble Kris Allen enjoys practicing the saxophone at home.(Photo courtesy of Kris Allen.)

Professor of German and Comparative Literature Helga Druxes has been on sabbatical for the spring semester and is currently a fellow at the Oakley Center for the Humanities and Social Sciences. Her current book project, which she is working on with two colleagues, focuses on how film and fiction critique neoliberal ideologies and offer alternative visions of civic engagement and social justice.

In addition to the Oakley Center program being moved online, Druxes also had many travel plans that had to be cancelled. For Druxes, who is now working on the book at home, the quarantine removed the possibility for travel. “No trip to Paris in mid-June to talk to people about the Yellow Vest movement, or interview the author Anne Weber about her latest memoir,” she said. “No reconnecting with friends and family in Germany, except online.”

Fortunately for Professor of Theatre Amy Holzapfel, she has been on sabbatical for the entire academic year, so she managed to complete her travel plans before many restrictions were implemented. Holzapfel is an Oakley Fellow alongside Druxes this year. In addition to working on her book manuscript, which focuses on revivals of the chorus in contemporary performance and activism, Holzapfel was able to travel to Stockholm, Sweden earlier this academic year to interview a group of activists who created a flash mob in the wake of the #MeToo movement.

Despite many of these changes, Johnson said she is still grateful for her time on sabbatical and the work she has been able to accomplish. “Yes, my research plans have shifted but I’m very fortunate to be able to be at home and to continue to get paid and do my work and to have access to the resources that the library [and] that the College has made available,” she said. “I would consider myself incredibly lucky.”

Druxes said that even though her plans to travel to Germany got cancelled, she has found more time to enjoy reading. “Reading and writing offers me a surprising measure of solace,” Druxes said. “It allows me to temporarily suspend all my present worries and focus on political and ethical issues that affect how we live now, and how we might change direction to have better futures for all of us.” In addition to reading, Druxes has also completed three chapters of her book.

With many programs and opportunities being revamped into online versions, Morrison mentioned the importance of easy access to technology, even if it’s not the same as face-to-face interactions. “It’s great that we’ve got the technology to stay in touch remotely  — and Pokémon Go did just add remote raids, so that’s nice — but that’ll never measure up to being in the Purple Valley together,” Morrison said.

Morrison also acknowledged that he was able to change his plans with relative ease. “Although my sabbatical plans did get thrown off a bit, I count myself very lucky in terms of how minor the adjustments I had to make were, especially compared to most of the rest of the college community,” he said. “I’m extremely grateful to all of the faculty, staff and students who’ve been putting in a huge amount of time and energy to keep Williams going in these crazy times, and I hope I’ll get to see them not-on-a-screen before too long.”

This semester, professors at the College have had to reconstruct their courses to take place online, something that professors on sabbatical have had yet to deal with, but Allen is already thinking about how to conduct jazz ensembles remotely in the case that remote learning contiinues. “I really want to find some sort of way to keep folks engaged,” he said. “Some kind of way that people can be in a jazz ensemble … even if we’re not rehearsing and performing, some sort of way to interact and keep practicing.”

Holzapfel mentioned that she is looking forward to having theater classes in-person when students return to campus. “For us in our world, the impact is enormous because so much of our work happens in rehearsal space and the studio, and so just having theater be able to take place in a shared, embodied way again is something I can’t wait to be part of again,” Holzapfel said.

Druxes said she is also excited to go back to campus in the future. “I look forward to the day we can have class again outside, go on field trips, cook or bake food together in person,” she said. “The day we can safely send you abroad to immerse yourselves in language learning or community work. The day we can shake off the oppressive feeling that COVID is lurking in the background of all our decisions.”