Love in the time of COVID-19 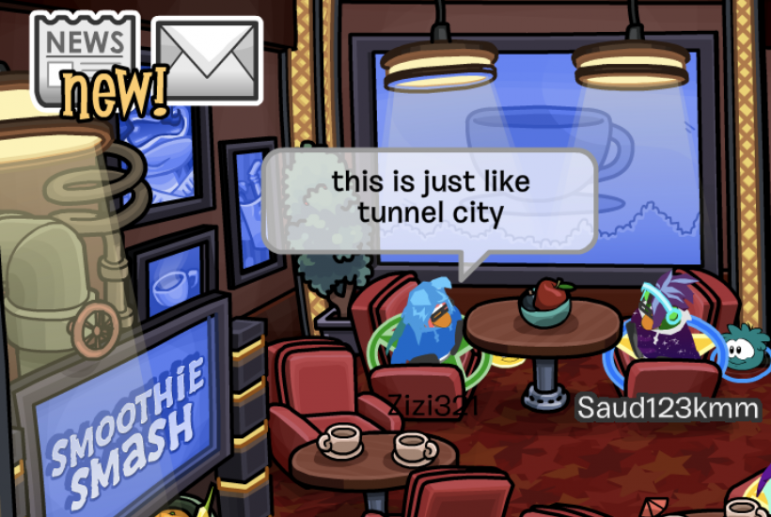 Since the campus closure, many student couples have had to trade dates at Images and Blue Mango for virtual Netflix parties and FaceTime baking. From first-years who have just begun dating, to seniors who are planning their post-college lives together, all Williams couples — even those in quarantine together — are adapting their relationships to find the best ways to be together while apart.

Mohammad Faizaan ’23 and Zia Saylor ’23 have been together for six months after meeting during EphVentures. The couple has been using the online game Club Penguin to go on virtual dates together. The pair also started a two-person book club in which they read Red Rising together, and they work on the New York Times crossword puzzle together every day.

The move back home also means that some couples must cope with time differences. For Meredith Wolf ’23, who lives in Massachusetts, and Isaki Wada-Law ’21, who lives in California, the three-hour time difference has actually made some things easier. “I wake up early usually and Meredith wakes up later, so it syncs up,” Wada-Law said. “I’ll wake up at 7 or 8 in the morning and she’ll Snap[chat] me ‘good morning’ and it’s 11 [for her].”

Faizaan, who lives in New York, and Saylor, who lives in California, have a more organized method for dealing with the same time difference. “We have a daily scheduled FaceTime every single day,” Faizaan said. “A lot of the times we do try to schedule because of the three-hour difference, and sometimes we’re spontaneous and we’re like ‘Hey, let’s call.’”

Being apart for the past few weeks has made Abe Eafa ’21 and Cassie Deshong ’21 reflect on what they appreciate about their more than two-year relationship when they’re together at school. “We got to see each other every day when we were on campus and spend hours of each day together, and now we haven’t seen each other in person in weeks,” Eafa said.

Due to the shelter-in-place protocols that many states have implemented, some couples are reckoning with the realization that they may remain apart for a long period. In the meantime, Wolf and Wada-Law are looking forward to when they can next see each other.

“We’re going to visit each other as soon as it’s safe for everybody, so we’re just waiting to see,” Wolf said. “Both of our states have stay-in-place orders right now, so I’m waiting to see when those get lifted, and then I’ll probably visit as soon as they’re lifted.” Laughing, Wolf added, “Or whenever Dr. Fauci tells us we can.”

Not every couple is experiencing distance. Some, such as Will Cozadd ’21 and Ingrid Song ’21, who have been together for over a year and a half, are spending even more time together now. Song had been abroad in Ireland and was planning to spend some of the summer with Cozadd in California, so they decided to start their time together sooner with two weeks of self-quarantine in an Airbnb in California, near Cozadd’s home. Now, they are staying together at Cozadd’s mother’s house.

The couple reflected on a “weirdness” they have experienced in navigating the quick emotional and logistical timeline after Song’s semester abroad. “A lot of our relationship was exclusively through video calls,” Cozadd said.

“Something we did that I thought was pretty helpful was reading this book together, this trashy YA fantasy novel we were both super into,” Song said.

“Not trashy!” Cozadd interjected. “It was so good.”

Song has not yet booked a return flight home. She plans on being home in New Jersey for most of the summer but is staying in California until safe enough to do so. Until then, the two have been appreciating the core dynamic of their relationship, which started as entry-mates two years ago in Pratt 2: “Just doing homework next to each other,” Song said.

Song said she hopes that the safety guidelines will relax and allow her to spend time with Cozadd’s hometown friends, even if they are six feet apart from each other. Until then, the couple has been hiking and enjoying each other’s company.

While most couples are adapting to distance with uncertainty, long-distance romance can be even more difficult for couples trying to plan their post-Williams futures.

Jack Romans ’20, currently home in Minnesota, and Caroline Fairweather ’20, at home in Pittsfield, Mass., have been together a little more than two years, and were already prepared to spend a significant amount of time apart – it just came sooner than they planned. Both had intended on doing at least a year of independent international travel after graduation. “The biggest thing that quarantine has done is put all of our friends in the same situation and just made the conversation start earlier,” Romans said.

“Honestly, I think that the more we plan, the more disappointed we’ll be when plans change. It’s nice to know that the person that I’m with is just as adventurous as I am, and it’s cool that we’re both doing a lot of stuff by ourselves now,” Fairweather said.

With restrictions constantly changing, it is hard for them both to know what their futures will look like. “It’s not as if we were not going to have any conversations about this, but we didn’t want to have super specific plans for all seven or eight different possibilities, because that’s just more stressful without knowing the specifics,” said Romans, who is planning to work and research in Australia, South Africa, the Netherlands and Indonesia on a Watson Fellowship.

In advising couples who are navigating a long-distance relationship for the first time, the two emphasized the importance of honesty. “You have to be clear, with yourself and your partner about what you need,” Fairweather said.

Romans added, “Acknowledge that, obviously, you’re now in a different place, and that will change the relationship. I think the more you try to say, ‘I can make the relationship the same thing as it was before,’ the more upset and stressed you are going to be.’”

Other couples shared similar bits of advice to keep up a healthy relationship during this difficult time. Deshong stressed the importance of keeping in touch even when it doesn’t feel like there is anything new in your life to share. “Even if you don’t really have anything to say, you can still send a message and just know that you’re thinking about the other person,” she said. “FaceTimes help, [and] just random things that you found funny.”

Cozadd said that it is important to recognize that everyone is all in the same situation right now. “This [pandemic] is affecting everyone,” he said. “We’re both mourning the loss of the end of a great semester for both of us. [It’s important,] just recognizing that if we’re feeling tense, it’s not necessarily because of each other, it’s because of a global pandemic.”

Saylor agreed that emotional support is crucial. “Communicating feelings has been really big just because this is a really stressful time, and there’s just a lot of emotions” she said.

Although Faizaan and Saylor are currently across the country from each other, Saylor said that her relationship has helped her navigate the COVID-19 pandemic, and that Faizaan has supported her through the difficult time.

“I lost someone very dear to me in this pandemic, and so realizing that I had someone who would support me through everything, as he has been, is just a really wonderful thing,” Saylor said. “Something that I’m grateful for, too, is at the end of the day, I have someone who I can call, and maybe we don’t have to talk about the daily depressing news – maybe we can just be happy together about little, simple, stupid and wonderful things.”