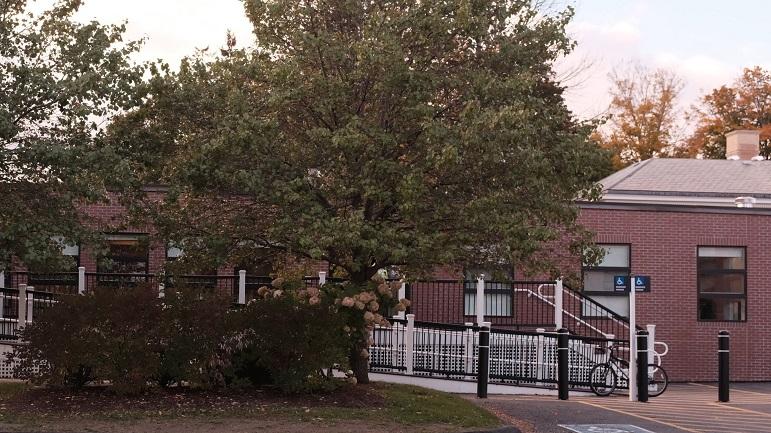 The psychology department will join Division III starting in the fall of 2021. (Photo courtesy of Shaheen Currimjee ’20).

The psychology department will change its curricular affiliation from Division II to Division III beginning in the fall of the 2021-22 academic year, at which point most psychology courses will be reclassified accordingly. The motion to make the switch was approved at the virtual faculty meeting on April 15 following discussion of the proposal at the March 11 faculty meeting.

Changes in divisional credit for individual courses will not be applied retroactively, so psychology courses taken before fall 2021 will appear on transcripts with their original divisional attributes.

The decision came after several years of deliberation on the topic within the psychology department, which recently underwent a formal self-study and sought input from reviewers external to the College as well as from the Curricular Planning Committee (CPC) and Committee on Educational Affairs (CEA). Both committees endorsed the motion, which was presented at the faculty meeting by Professor of Philosophy Bojana Mladenović, chair of the CEA.

“Psychology resembles the natural sciences more than it resembles the social sciences and humanities, and Williams ought to recognize that,” Mladenović told the Record. “I think the move makes perfect sense and is long overdue.”

Chair of Psychology Noah Sandstrom and Professors of Psychology Laurie Heatherington and Steven Fein said that conversations about whether psychology would fit best in Division III have been ongoing in the department for many years. Fein noted that the self-study and external review, which were conducted while he was department chair, indicated that psychology is typically placed in the equivalent of Division III at schools with comparable curricular structures.

According to the College’s catalog, Division III courses are “intended to provide some of the factual and methodological knowledge needed to be an informed citizen in a world deeply influenced by scientific thought and technological accomplishment, and to cultivate skill in exact and quantitative reasoning.” Division II courses, by contrast, “consider the institutions and social structures that human beings have created, whether knowingly or unknowingly, and which in turn markedly affect their lives.”

A statement provided by the psychology department cites the department’s closer alignment with the principles of Division III as the primary rationale for the change. “Most of us are not studying ‘institutions and social structures’ that characterize Division II,” the department’s statement reads. “Instead, we use scientific methods to study empirically falsifiable theories.”

The rationale included with the proposal stressed a methodological distinction between psychology and fields in Division II, asserting that psychology is an empirically based science and therefore best classified in Division III alongside the physical and earth sciences.

Although courses in psychology often involve topics that are of interest to disciplines across the three divisions, Mladenović said that departments are grouped according to similarities and differences in areas and methods of study that go beyond just subject matter.

“For divisional requirements to be meaningful, we need to sort out departments in ways that reflect their current methodology and ways of thinking, teaching and doing research,” Mladenović said. “This change represents not a value judgment but an observation that I think nobody could deny about the nature of psychological research.”

Like many students majoring in Division III subjects, psychology majors regularly conduct lab-based research projects under the direction of faculty, and some do senior theses based on original empirical studies. All psychology majors are required to take at least one empirical lab course within the department, as well as PSYC 201: Experimentation and Statistics, which covers experimental design and statistical methods.

“As we thought about our discipline, our methods, our research goals and our learning objectives, it became clear to us that we align better with Division III,” Sandstrom said. “The department’s affiliation with Division II has puzzled many of us for years — particularly given how integrated psychology is with the other sciences at Williams.”

Sandstrom noted that the department has long been associated with Division III in practical ways that set it apart from others in Division II. “For example, we attend and participate in the weekly science lunches attended by faculty in the sciences; we participate in the summer science research program; our research with students is often supported by the Divisional Research Funding Committee (a Division III committee); with the exception of our temporary housing on Stetson Court, we were and will be physically located among the sciences,” he said.

At the faculty meeting, several professors voiced objections to the motion on the grounds that smaller departments in Division III, such as geosciences or astronomy, would have more trouble attracting first- and second-year students to their own introductory courses if PSYC 101: Introductory Psychology were allowed to count for Division III credit.

“For small departments in Div. III, the addition of a behemoth intro course, which could affect student choices sufficiently to reduce our number of majors, is a big risk,” Professor of Geosciences Rónadh Cox said. “We have alumni, now professors of geoscience, for whom their first geosciences course was taken simply as a necessity. But they fell in love with the discipline and realized that in fact they, too, could be a scientist.”

She pointed out that on average, approximately 260 students, or 13 percent of the undergraduate student body, take PSYC 101 every year, a figure that Sandstrom said represents a significant reduction from some prior years, when enrollment in the course could top 400 students annually.

Enrollment in PSYC 101 has never been capped, as Brooks Rogers and the auditorium in Bronfman Science Center held more than enough seats to accommodate each semester’s total. Sandstrom noted that in 2021-22, PSYC 101 will be capped at 180 students because of the projected capacity of the preferred auditorium in the yet-to-be-completed North Science Building, where the department will be housed. He maintained that it is difficult to predict what effect the change to Division III will have on enrollments.

“We will not allow the class size to grow significantly from its current numbers; as such, we do not anticipate that its impact on the enrollments of other introductory courses should be substantial,” reads a statement from the psychology department.

The most recent four years of available data indicate that about 20 percent of students in PSYC 101 who filled out the Student Course Survey reported taking the class primarily as a “college/divisional requirement.”

“We are concerned by the idea that a juggernaut PSYC 101 could attract so many general-education students looking for fulfilling a distribution requirement that we wouldn’t get a chance to intrigue students … through their participation in ASTR 101/102/104,” Chair of Astronomy Jay Pasachoff said.

Each year between 2016 and 2019, an average of 13 students majored in geosciences, and an average of three majored in astronomy or astrophysics, according to data from the office of Institutional Research.

“Simply put, pretty much nobody goes to college planning to major in geoscience,” Cox said. “So our majors are students who elected to take one of our intro courses, often for the most random of reasons.”

Cox unsuccessfully put forward a motion at the meeting to postpone the vote until May in order to give more consideration to the potential impact of making PSYC 101 a Division III course. She suggested removing all divisional affiliation from the course in order to keep it from becoming a magnet for students seeking Division III credit, an idea that Pasachoff said he would support.

“I argue that if the consequences can potentially damage an existing Div. III department, it would be better to engineer a workaround, rather than asking their new divisional neighbors to just throw our hats in the ring and see how things play out,” Cox said. “We can avoid unwanted negative impacts from PSYC 101 by leveraging its interdisciplinarity and designating this course as non-divisional.”

A statement provided by the psychology department dismissed the idea, arguing that PSYC 101, as a representative sample of the department’s offerings, is as well-aligned with Division III as any other course. “Psychology is a science. We teach it as a science,” the statement read. “We would never ask introductory statistics or geosciences courses to be anything other than Division III, nor would we ask introductory sociology or philosophy courses to be anything other than Division II.”

Sandstrom and Mladenović suggested that departments concerned about decreases in enrollment find ways to better attract prospective students to their courses. Fein noted that PSYC 101 may currently draw students away from introductory courses in other Division II subjects, so the change could increase enrollment for those departments.

“Worrying too much about enrollment and using that to determine where a department best fits seems, to me, like the tail wagging the dog,” he said.

“It would be intellectually unsatisfying if we gave courses divisional distribution in light of questions concerning enrollment,” Mladenović added. “I understand the concern that comes from geosciences and astronomy, but the solution for that concern is not to mislabel a course.”

Although most psychology courses will be assigned Division III credit, some exceptions will be made, primarily for courses that are primarily listed in a Division II department. These include COGS 222: Minds, Brains, and Intelligent Behavior, HIST 485: Freud: A Tutorial and JAPN 258: Language and Literacy Development.

The change will have implications for faculty governance, as membership on faculty committees is often balanced so that each division is represented equally. Professor of Classics Amanda Wilcox, who chairs the Faculty Steering Committee, said that special elections will likely be held if the term of a professor of psychology extends past when the department formally moves to Division III.

Sandstrom said the close alignment of the values and interests of the psychology department with those of Division III as a whole means faculty from other departments in Division III will be well-suited to represent psychology on committees, and vice versa.