One in Two Thousand: Georgia Ganser ’22 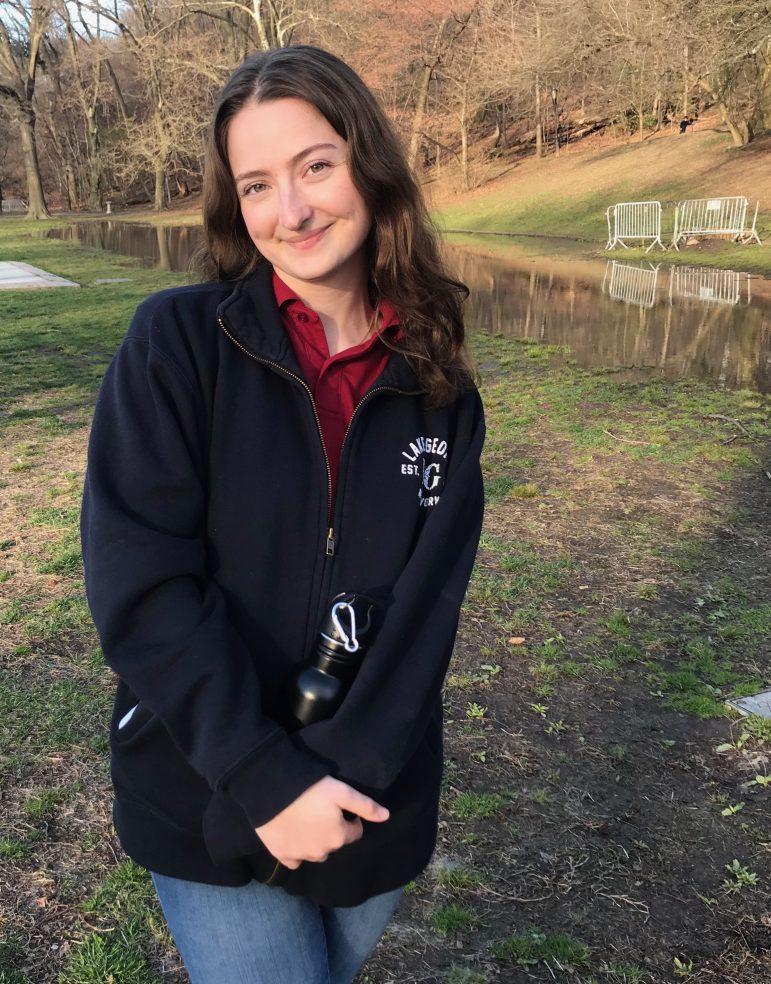 We randomly select unixes from a list of all current students at the College for our weekly One in Two Thousand. So long as the owner of a selected unix is willing to be interviewed and not a member of the Record  board, that person becomes the subject of our interview. For this week, the computer (using a very simple script in R) chose Georgia Ganser ’22.

So, I’ve always wondered: you constantly use the word “chicken” to refer to everyone and everything. What’s up with that?

So basically, my love for chicken, it definitely did not originate at the beginning of sophomore year, like many believe happen[ed]. I don’t eat chicken now, but I used to love a good chicken nugget. But this year [chuckles], I don’t know why, but the video of Kylie Jenner being like, “is that a chicken?” resurfaced on the Internet. And I just thought it was the funniest thing. And Sam Lazar [’21] and I were just laughing at it and it was so funny. And then Ella [Napack ’23] thought Chapin Hall Drive was Chicken Hall Drive, and it was just too perfect. Everything could be turned into a chicken joke. And then Sam found the chicken nugget song, and then “chicken” became a term of endearment. It kind of just was the word of first semester that I used to refer to my friends, used as an adjective, basically any part of speech. It was so ridiculous, but it all came from that Kylie Jenner meme.

Do you have a favorite meme?

Yes. It’s a text post of this blue rat, and it’s a puppet, and it’s in various parts of a kitchen, and it literally looks insane. And the person wrote, “this is how I look in my mind’s eye.” I don’t know how else to explain it. It just resonates with me. [Laughs.] 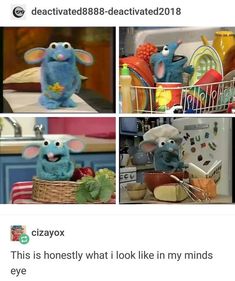 Yeah, that was my senior superlative. I actually had to pick. I won two superlatives, but you can only actually accept one of them.

It was between most dramatic and most likely to be on Broadway. [Laughs.] And I picked most dramatic because it made me laugh. I think part of it came from the fact that I just was into drama and theatre and I think a lot of my friends knew me to be dramatic in that sense. But definitely I also was, and I still am, pretty dramatic in terms of my personality I think. [Chuckles.] One of the anecdotes that comes to mind – that doesn’t make me seem particularly chill – is: my friends were at my house one day on some random weekend, and we were having brunch. I think I was just in a really bad mood and they were doing things that were bothering me and then basically we were filling the dishwasher, and when one of my friends was putting a glass into the dishwasher [that] was half full of orange juice, she just poured it, and it went everywhere, and that was the last straw. I was literally like, “OK, I think you guys need to leave. I’ll take care of the rest of the dishes I just think you guys should go.” And they were like, “You’re being insane.”

What were you like at sleepovers as a child?

I was definitely the kid who tried to stay up the latest, but I always got too tired, so I would fall asleep. Not early, but I would never be the last one up. I also always wanted to be the last one to leave. I felt weirdly protective over whatever name I could make for myself at a sleepover.

So, I know that your dad is a voice actor, and he sometimes acts in commercials. Do you ever see your dad on the TV or are listening to something and realize it’s your dad?

Less so with audiobooks; he records for Audible, but he records books that I would never read or listen to. They’re all like econ books, or books about Google and science. That’s just not really my style. It’s more the commercials, and actually funny story, he was just in a Mountain Dew commercial that aired a couple months ago, and I was in upper Lassell on the elliptical, and I look up, and I see my dad on one of the TVs, and I was like “Woah, hey Dad.” [Laughs.] It was so weird.

I’m curious, since we were trying to get FaceTime to work for the interview, what’s the story behind your first childhood email?

[email protected], and the .net is really important. Peachy comes from one of my nicknames, my parents called me “Peach,” or “Peaches.” And then 101 came from “Zoey 101,” of course.

Great question. No one knows. I guess an old email server. I’m not sure it even exists anymore, but it was emails that my parents had. I guess when I wanted to get an email, I think I got an email in third grade, they were like “OK, you can make one and it will be through Earthlink.” And I just wanted an email at AOL, or Hotmail, I don’t even know, and I hated that it was earthlink.net. I don’t know, I felt like a loser. I just wanted to be cool on the Internet. So then in fifth grade, I think I convinced my parents to let me get a GMail.

Why did your parents name you Georgia?

That’s a great question. I actually just asked them about that the other night. My parents named me Georgia, I think, mainly because they liked the name, but my dad really loved the song, “Georgia On My Mind,” and I think other than just thinking that it sounded pretty and having positive associations, there wasn’t much behind it.

Do you have a middle name?

I do. It’s Marie, just like every other white bitch out there. [Laughs.] I like my middle name  because it’s a family name. My grandmother’s middle name is Marie, and I like knowing that part of my name is connected to my family and isn’t just, “Oh, we liked it.” But I don’t like how many memes there are that are like, at least my middle name isn’t Marie.

Is there really a whole meme-subculture specifically about people with the middle name Marie?

Yes – do you not know about this? Oh my God. I’ve come across, once every three months probably, someone being like, “If her middle name is Marie,” or, there was this TikTok of this girl. She took a picture of herself every time she was sobbing, crying, and she would just write on the picture, “At least my middle name isn’t Marie.” [Laughs.] Damn.

So, during this period of social distancing, how have you been wasting time on the Internet?

Definitely on my phone, on TikTok. The first week I was back I looked at my phone usage, and I had spent over 24 hours in a 10-day period on TikTok.

What’s your TikTok vibe? Do you make your own TikToks?

I have been known to make a TikTok or two, mostly to “Renegade.” But I guess my TikTok vibe is as close to Vine as you can get. Just random, niche, funny-but-it-shouldn’t-be-funny videos.

Have you made any other TikToks?

I made a video of me making breakfast. I’m a little bit ashamed of that one. I made oatmeal and coffee, but I kind of did it in this weird, influencer way, and I really tried hard, and I’m just embarrassed by that one. There’s this weird trick that you can do if you time your movements correctly, you can just do fun interesting transitions that make it seem like you’re being pushed and pulled around but it’s really just a trick of the camera. I tried to do that, and I looked like I was just dropping my phone. I’m not cut out for TikTok.