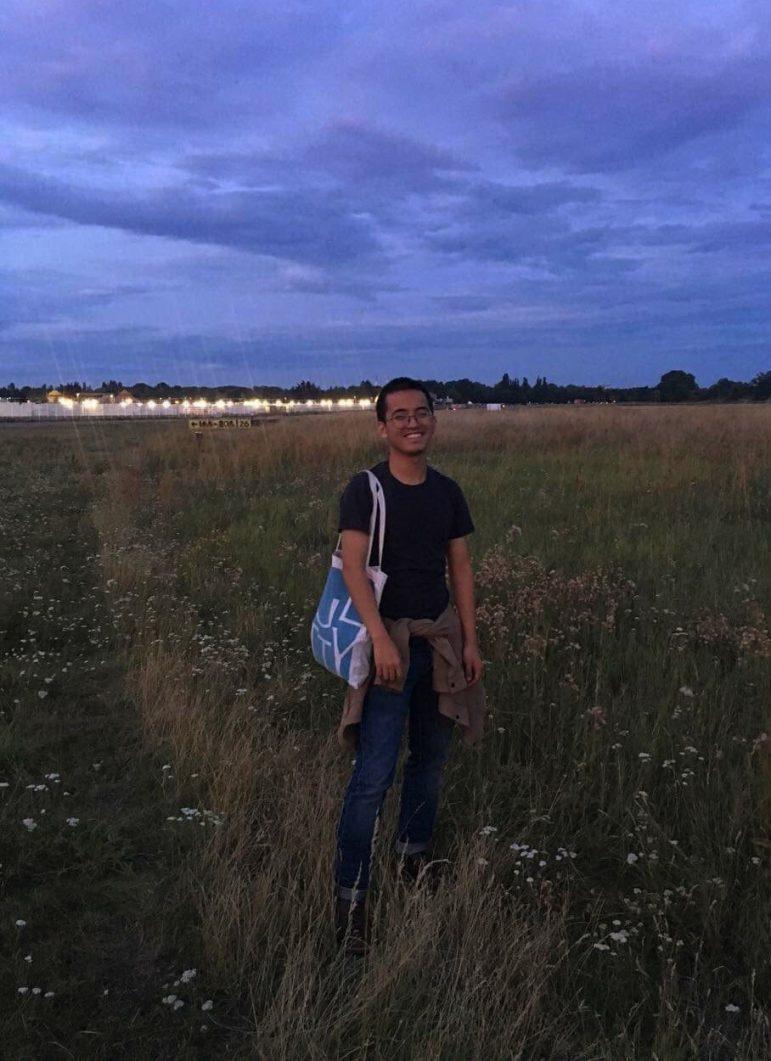 There is something in a nationwide quarantine that, for many Americans, reconfigures their collective and individual sense of time’s passage. Entering self-isolation has forced them to upend the daily routines which they so treasure — hallmarks of productivity and accomplishment — and discover new ways to differentiate each day.

CJ Salapare ’20 knows this well. An art history major who had to relocate from campus to his home in Long Beach, California while in the midst of writing a thesis about On Kawara, a Japanese conceptual artist, Salapare described the experience of leaving Williams before finishing the year as “really abrupt.”

“This is going to sound really pathetic, but I think that all thesis students can understand this weird, almost parental sense of ownership and care with [their] theses, so it really kind of sucks to be deprived of the conditions where you can work on it optimally,” he said. “I remember one of my first thoughts when I got the email was, ‘Oh my god, am I going to have to drop my thesis?’”

Salapare did not end up abandoning the project and has instead “come up with a game plan” to continue his work, a plan that involves finding a new understanding of what it means to be productive.

“When you’re sort of lazy and a procrastinator by nature, a global pandemic doesn’t exactly help,” he joked. “But I’ve realized that I don’t need to be writing every day. There’s a way where you can think about thoughts and process them without having some kind of product as an end goal for that specific day.”

It surprised me when Salapare described himself as lazy. After our hour-long phone conversation — an interview marked by that cell connection static I’ve come to associate so lovingly with quarantine — I would have characterized him instead as passionate, thoughtful and effusively driven.

When he speaks, he is careful with his wording, repeatedly asking “how should I put this?” before going on to deliver ten minutes of uninterrupted musings on art, artists, art history, arts education and the ways in which these things overlap. After one such instance, he stops himself.

“Sorry, that was a long-winded answer.” He laughs. “I have a lot of interest in art.”

A tableau in Salapare’s bedroom in Long Beach, California. From left to right: a dog made entirely of forks found in a thrift shop; a miniature of the Petronas Towers from Malaysia; a brain frog and a tiny sea turtle from Salapare’s “cherished coworker”; a pebble from the Clark reflecting pool; an hourglass from the WCMA gift shop; and a disfigured cork. (Photo courtesy of CJ Salapare.)

Ironically enough, the subject of Salapare’s thesis, On Kawara, “is neurotically obsessed with tracking time,” as Salapare puts it.

“He’s most famous for this series called ‘The Today Series,’ which consists of these date paintings, which are the dates of production inscribed in white upon a monochrome canvas,” he said. “And the stipulations are that the date has to be written in the format and the language of the place where he was at, and the more important aspect is that the work has to be destroyed if it was incomplete by that day’s end. The process takes hours to complete, from applying layer after layer of paint to achieve a clean monochrome surface, to hand-stenciling and painting each letter, to getting rid of all imperfections.”

As Salapare continues to describe the nuances of his exploration of Kawara and his work, he consistently returns to this concept of time and its implications on how Kawara must have viewed productivity. When he does so, a kind of parallel begins to emerge between his subject — dead since 2014 — and himself.

Both Kawara and Salapare seem to thrive in liminal spaces. For Kawara, this fact manifests itself in his art which, though dubbed as “conceptual,” Sapalare argues is equally about execution. For Salapare, it shows in his inclination toward the space between artistic categories.

“My interest lies at the crossroads of art history, museum education, and museum curation, which is an interesting kind of position to find oneself in because historically when people want to pursue one of those avenues, it seems as if you must limit yourself to one of those areas.”

Moreover, while Salapare’s work appears at first to be primarily academic, it proves in many ways to be creative in and of itself, as it straddles disciplines and emphasizes new understandings of old pieces.

He explains, “I think that realizing that all of these endeavors are collaborative, that everyone partakes in some degree of creative work — whether it be the curator or the academics who are building a kind of intellectual platform for the art, or the artists themselves, or anybody else involved — I think keeping that in mind is really important.”

These connections between Salapare and Kawara are sensible enough (after all, he chose his own thesis topic) — that is, until Salapare tells me how he first encountered Kawara.

“On Kawara supposedly died on my birthday, July 10th. I remember reading his obituary.” Later, when he studied Kawara in his sophomore year at Williams, Salapare recalled this experience. “I was like, ‘this is so bizarre and sad that he died on my birthday when he’s all about kind of making something special out of these mundane days.’”

After our interview, Salapare sent me various photos to showcase his new artistic world, now displaced from Williams and its abundance of resources into his home bedroom. There is an image of a tableau by his window “inspired by Kettle’s Yard at Cambridge,” a picture of a reading stand nearly covered with stickers, a shot of his work space along with one of Kawara’s studio, and finally, a photo of himself — though, like Kawara, who “always reinforces his own absence,” Salapare says he usually prefers “using photographs of shadowed figures / favorite artworks to avoid identification.”

At the end of my virtual encounter with Salapare, I cannot help but see his thesis, artistic and academic process and self-concept as deeply connected to Kawara and his work. In this way, he provides a window into the past, breathing life into an artist who meticulously hid himself in representations of the present until his death. In doing so, I like to think that Salapare’s research and writing manifest a kind of temporal circularity, ultimately affording us with one more way — during these prolonged, quarantined days — to understand time.