Dr. Richard Besser ’81, former acting director of the CDC, reflects on COVID-19 and his career since Williams 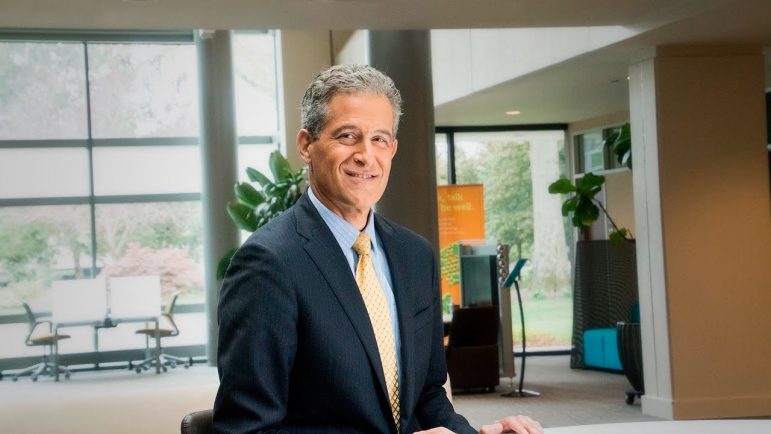 Dr. Richard Besser ’81 said he met his wife during his “first outbreak,” a befitting idiosyncrasy for the CEO of the largest philanthropic health organization in the United States, the Robert Wood Johnson Foundation. Besser’s career spans almost four decades, including as former Acting Director of the Centers for Disease Control and Prevention under President Barack Obama and later as ABC’s chief medical correspondent. Today, Besser leads the Robert Wood Johnson Foundation, an $11 billion non-profit that disburses nearly $500 million each year.

Besser was involved with many facets of campus life while at the College. He was a Junior Advisor to Fayerweather first-years in 1980 and a member of the College’s Moocho Macho Moocow marching band. He graduated in 1981 as an economics major determined to pursue a career in public health.

Besser said that he found public health’s ability to improve the health of populations incredibly purposeful. He first participated in medical research out of Bangladesh and eventually became a “disease detective” at the CDC’s Epidemic Intelligence Service, where he investigated an E. coli outbreak in Boston. Experiences on the front lines of health crises and epidemics taught him the critical importance of transparency with the public in uncertain times. “People trust the leaders that give them recommendations,” Besser said. In any outbreak, trust is developed by first admitting that what you don’t know outweighs what you do, Besser said. “Then, share the best possible health safety recommendations with the people.”

However, this needed communication results in a difficult dilemma: the public craves certainty in volatile situations, but certainty is often impossible. “I have never been involved in a response where there weren’t mistakes,” Besser said. Though public health is challenging, Besser cited his Williams education as pivotal for navigating situations with three dimensional problems. “Writing, communicating, then building and supporting an argument,” Besser said, were foundational lessons from his classes at the College and necessary for developing trust with the public and dealing with evolving problems. Just three months into his directorship of the CDC, Besser led the fight against the North American swine flu outbreak. The global pandemic resulted in over 1.6 million confirmed cases and 18 thousand deaths, a situation that may feel eerily similar to today’s COVID-19 crisis.

“The coronavirus epidemic comes with a lot of political overtone[s],” Besser said. Putting aside this political noise, he said the short-term goal should be slowing the course of the virus. More importantly, however, Besser said policies should take into account the social context of the patients.

Besser began to think critically about health care while he was still a student at the College. “I began to think about both the patient and the context and experience,” he said. For example, some marginalized or low-income groups cannot afford to self-quarantine. “Any government response should have pieces in place to allow everyone in America to [follow the policies],” he said.

The focus on “health equity” is one of the missions of the Robert Wood Johnson Foundation and a personal passion of Besser’s — the idea that everyone must have a fair and just opportunity for health. Crises like COVID-19 shine a light on the unfortunate reality of America. “People are making challenging choices between protecting the health of their families and meeting their [economic] needs,” Besser said.

Besser said he hopes that current undergrads explore these problems and how they can employ their liberal arts mindset to find a solution. He added that he wishes that the pre-med track were simpler, easier and less intense for undergrads.

“Personally, I cycle, exercise and practice mindfulness [through meditation] to relieve stress,” Besser said. He advised taking up relaxing practices, especially during times of high stress. He added that he hopes students at the College, regardless of their career path, choose to be impactful leaders and problem solvers after graduation.