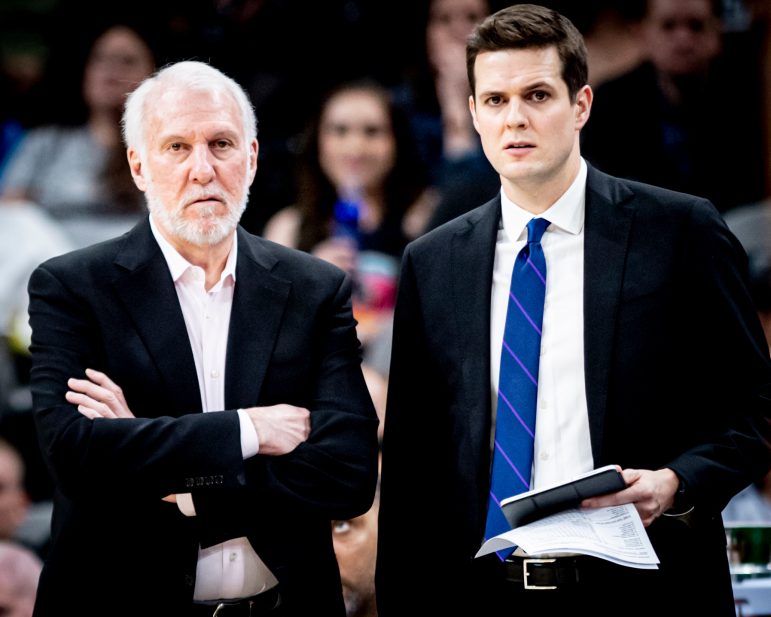 Joey Lye ’09, who has been on the Canadian National softball team for the last 10 years, had plans to retire professional playing and fully commit to her duties as head softball coach at Bucknell after the Tokyo 2020 Olympics. But with the 2020 Olympics now scheduled for 2021, she now has to keep her cleats on for another year and adjust her employment plans.

One
of the most viewed sporting events in the world, the Summer Olympic Games bring
together different groups of people and showcase the hard work that athletes
around the world have put in to achieve their peak performance ability. For many
athletes, becoming an Olympian is a life-long dream.

On
March 24, the International Olympic Committee announced the postponement of the
Tokyo 2020 Olympic and Paralympic Games to 2021 due to the ongoing COVID-19
pandemic. A week later, on March 30, the new start date for the Olympics was
announced to be July 23, 2021.

This
decision to shift back the timeline has created significant uncertainty and
consequences for participants around the world, who had scheduled their
training so they could be at their mental and physical peak this July. Former
Eph Kristi Kirshe ’17, who was set to compete with Team USA Rugby in Tokyo over
the summer, was among those who were impacted.

“I
think we were pretty bummed as a group,” Kirshe said. “This is something that
we’ve sacrificed literally every single day for, so just losing that was a
really hard hit. But we all recognize that this is what’s in the best interest
of everyone, and for the health and wellbeing of our community, it was the
right decision.”

Will
Hardy ’10, who is the assistant coach for the San Antonio Spurs and started his
role as video coordinator for Team USA Basketball in the 2019 FIBA World Cup
last summer, was scheduled to continue this role for the USA basketball team in
Tokyo this summer. He added that while it was disappointing, it made sense due
to the inherent nature of sports.

“I
think as a sporting event that calls on athletes, staff and fans from a
majority of countries in the world, it was only a matter of time until they
postponed it. So I thought it made complete sense,” Hardy said.

While
dreams of attending the Summer Olympics were put on hold for members of USA
teams with the official announcement from the International Olympic Committee,
Lye, who plays for Team Canada, experienced a slightly different process.

On
March 22, two days before the official announcement, the Canadian Olympic
Committee and Paralympic Committee announced that they would not be sending any
athletes to the 2020 Olympic Games even if they were still scheduled to happen.
The decision by Canada, Lye said, was one that made her proud of her country.

“That
was a moment of reflection and a moment of pride for our country taking a
stance with regard to international health and the health of our athletes,” she
said. “But it was definitely a relief two days later to find out that the organizing
committee was planning to postpone [the Olympics] to 2021.”

What followed, for the Olympic staff and athletes, was a lot of uncertainty and changes.

For
Georgia Lord ’21, whose summer plans involved traveling to Tokyo and working
with NBC Sports in accommodations, the decision has left her unsure of what her
summer plans entail.

“I still don’t know what I’m going to do this summer, because NBC is still trying to figure [logistics] out. I was really upset but I think throughout the day, when I found out, I was just like, ‘wow, some things are bigger than myself,’” Lord said. “And there’s a big lesson in that. I feel like the whole COVID-19 thing is just a good lesson for everyone [on some things] you just can’t control and you just can’t really be upset about it because getting it push backed is for the greater good.”

Ryan
Malo ’11, who recently wrestled with Team Italy in the 2020 European Wrestling
Championships, was originally planning to attend the European Olympic
Qualification Tournament in Budapest before it was postponed as well. In his
final year at Georgetown Law School and with plans to take the bar exam this
summer, recent events have led Malo to redirect his energy towards his
academics and career as international sports are put on pause.

“Right
now, my focus has shifted from training to law school and making sure I
complete everything, on time and adequately online as best we all can,” Malo
said. “The fact that the Olympics have been postponed gives a little bit more
time for me to prioritize law school and take care of the bar exam [and make
sure that] those little long-term things I have are still happening.”

Lye
and Kirshe, who have been training for the event this past year, have been
keeping fit and staying connected with team members even while social
distancing at home.

“Being
the people that we are, a lot of us are still going for runs or getting home
workouts in, doing little things that we can do,” Lye said. “Every Monday we
get on a Zoom call with all of our teammates and catch up so we’re continuing
to stay connected. But everyone’s also taking the time that they need to be
with their families and connect with others as well.”

For
Hardy, whose job normally involves a lot of traveling across time zones, the
sudden extra time spent at home with his wife and daughter signifies a drastic
change to his usual routine.

“The
uncertainty of ‘when is it going to come back? Is it going to come back?’ has
been the part that’s probably impacted me the most. [I’m] so used to a routine.
It’s a strange routine, but it’s my routine,” Hardy said. “I definitely feel
great physically being home and getting some sleep and staying in the same time
zone. I think just being isolated from most people that I spend so much time
with has been very strange, but the positive is that I get to spend more time
with the two most important people to me.”

While
athletes, staff and interns alike are disappointed and still adjusting to
recent changes, they are still dedicated to their sport and are excited to
compete in the Games next year.

“We
got lucky because the Olympics aren’t canceled. Our dreams are not canceled.
They’re just postponed another year. So we got pretty lucky in that respect,”
Kirshe said. “But I just think that kind of losing it as something that we were
holding on to [increases] all the uncertainty around what the next year will
bring. I think that’s probably the hardest part.”