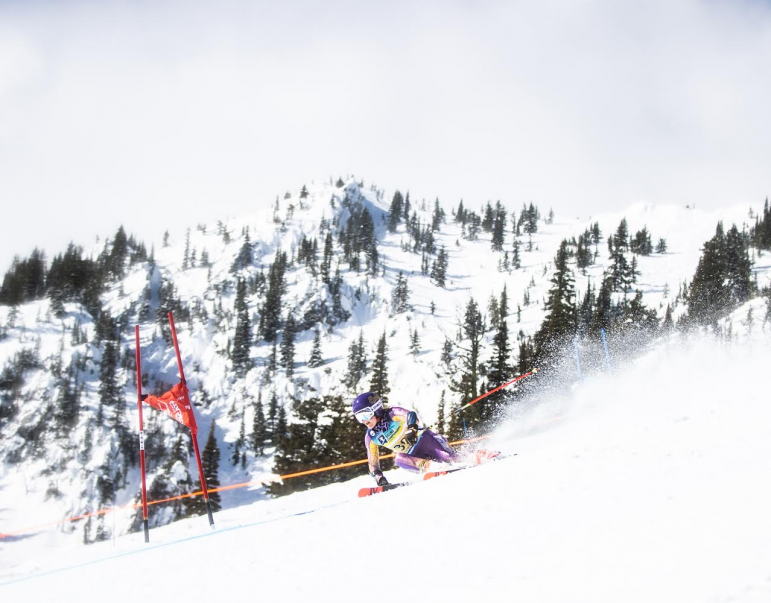 A day after the College announced
its mid-semester move to remote learning on March 13, the NCAA issued a
cancellation of all winter season NCAA Championships, squashing the postseason
hopes of Div. III teams around the country. For many of the eight Eph teams
that qualified for this year’s national championships – men’s and women’s track
and field, Alpine and Nordic skiing, women’s basketball, wrestling and men’s
and women’s swimming and diving – this decision came only hours before their
next competition.

Although spring season athletics had already been suspended by March 11, winter season teams nearing the end of their post-season hoped to finish competing before the situation worsened significantly.

On March 10, 27 members of the
men’s and women’s track and field teams began a two-day bus journey to Winston
Salem, N.C. for their Nationals meet. The team, which was originally set to travel
by plane, took the longer bus ride in order to avoid exposure to the virus in
airports. Coaches also prepared to institute safety measures while at the
tournament, turning down invitations to an all-participant banquet and only
consuming take-out food.

Team members received news of the
College’s announcement while still on the bus, but nonetheless planned on
competing in the coming days. As they processed the news, Ella Dunn ’21 said,
they tried to remain focused on the task at hand. “I believe for the first bit
of time everyone was in shock that it was actually a reality now,” she said.
“But on the other hand, being away from it all almost made it feel unreal – I
also think some people tried to separate from reality for a moment and just
focus on competing, but with everything going on, this was easier said than
done.”

The next day, the team heard that
Nationals would not continue and that they would need to return to campus
immediately. “By the time the NCAA meet was cancelled, so much had already
happened that the original shock was no longer there,” Dunn said. “In this
moment, the women’s track team just surrounded together, giving each other hugs
and telling each other it will be alright.”

Upon returning to campus on
Friday after another long bus ride, the athletes were met by their teammates
who had not competed at Nationals in a show of support. This was, Dunn said, “a
bittersweet return,” especially for the team’s seniors.

While Dunn and her teammates drove up to Williamstown, two members of the Eph ski teams tried to find flights back from Montana where they were competing. Maddie Dekko ’21, who represented the Alpine team, flew out west the weekend before to begin preparing for a tough Nationals competition. Dekko noted that even though she and her coaches had received word of other NCAA cancellations, she was surprised that the decision was immediately implemented in the ski tournament.

“Skiing, as a competition, is completely different than collegiate basketball in terms of proximity to others and spectators,” Dekko told the Record in an email.

Dekko noted that it was an especially hard decision to come to terms with, given that it was her first Nationals appearance. To Dekko, who ranked second in the Eastern Division this winter, she said “It felt like an opportunity that was 3 years in the works.”

Nordic skier Isaac Freitas-Eagan ’22 found out about the NCAA’s decision during a brief window between his two events on that Thursday. After his coaches received a call from Athletic Director Lisa Melendy, Freitas-Eagan said, they began to formulate travel plans, eventually flying back to Albany on Saturday, March 14. “I was pretty sad, sad for the missed time with the team, sad for the missed opportunity to compete,” he said.

Women’s basketball finished their landmark season on a bittersweet note, following the cancellation of their March 12 Sweet Sixteen match-up against Tufts. This marked the first Nationals appearance since 2015 for the women, who were half-way to Tufts’ Medford campus when they heard the news.

Head coach Pat Manning got a call
with the news as the bus neared Greenfield, with only a few hours left before
the scheduled tip-off. Emotions ran high after hearing the news, co-captain
Emily Peckham ’20 said, and some teammates started to cry.

“In the grand scheme of things,
keeping everyone safe and healthy is the number one priority,” Manning said.
“But from a basketball perspective, it was tough, especially for our seniors
who were having the best season they’d ever had.”

For Peckham specifically, who
spent much of her senior season sidelined following an ACL injury in December,
the news was especially difficult. “I had
already had my senior season cut short, but having it taken away again was
really painful,” she said.

Manning noted
that the team had also dedicated their Sweet Sixteen game to Eph teams that
compete in the spring and were unable to begin their 2020 season.

Before returning
to campus, the team made a quick pit stop at the Friendly’s in Greenfield for
some ice cream, a favorite team snack, to celebrate the end of their season.
Once back on campus, the team gathered to cut down a net in their home court, a
tradition usually carried out after a win in the Regionals round of NCAAs. “I
think it helped us to find some closure,” Manning said. The next night, the
women held a team dinner to properly send-off their three seniors.

“The NCAA did make the right call
ultimately,” Manning said. “And by Friday, it was easier to accept… By the time
it settled in, people were just really grateful for the season we did have.”