One in Two Thousand: Maddie Dekko 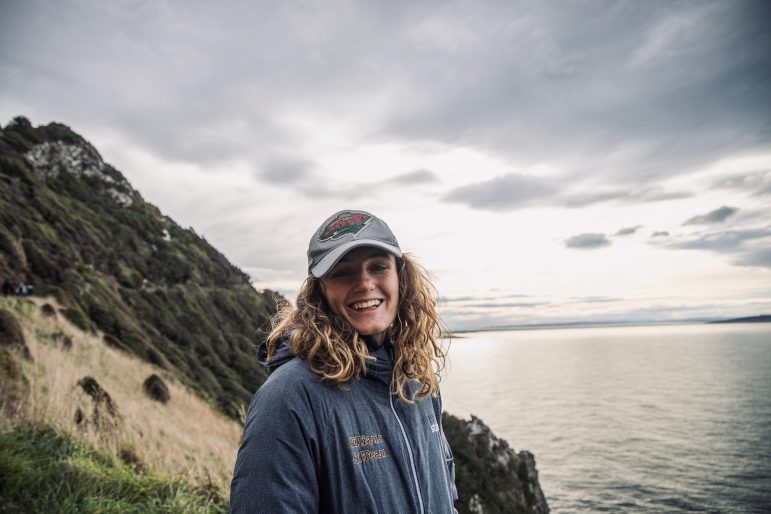 We randomly select unixes from a list of all current students at the College for our weekly One in Two Thousand. So long as the owner of a selected unix is willing to be interviewed and not a member of the Record  board, that person becomes the subject of our interview. For this week, the computer (using a very simple script in R) chose Maddie Dekko ’21.

So, you were at the NCAAs for alpine skiing when Maud decided to close campus. What was that like? Where were you when you got Maud’s email?

I was actually in Montana. There’s kinda a crazy story behind this, because I went to Montana. We flew out on Sunday, we had two training days — Monday [and] Tuesday — raced Wednesday, trained Thursday, and then we were supposed to have a race on Friday. Friday was my event, the one that I’m the best at, which is slalom, and unfortunately at 4 p.m. on Thursday, the NCAA cancelled March Madness. So we all got that email, but we realized they didn’t just cancel March Madness; they cancelled all spring, all winter championships, everything. So even though we were halfway through, they cancelled that. We heard that Maud cancelled on Wednesday night, and that was kinda weird for me because I was like, “Well, I don’t know what I’m doing in terms of like, ‘Am I gonna go back to school — am I gonna be allowed to travel with the school?’” We didn’t know if we were required to go back. I had no idea what was going on in my classes… But the bottom line was that we were kind of removed from it, so it kinda seemed like, “Well, I guess we’re gonna find out. We just gotta get through championships, and then we’re gonna figure it out.” Really unfortunately, they cancelled it 18 hours before the race… It was a bummer, but we did get one race off.

And was that one race on Wednesday before or after Maud’s email?

That was during, actually. I was in between runs and I got the email and I was like, “Oh! OK, well I guess I’m not going back to school… I’m gonna focus on the race right now, but I guess I’m gonna have to figure out what the heck is going on back at school.” It was really surreal actually to be really invested in the race. For the most part, I think people knew what was coming a little bit throughout the week.

So you got Maud’s email and were like “Oh, gotta put it away and go back up for a second run?”

Yeah, it was a really crazy day because the weather was very variable. So I missed my start for the first run, which is a problem because it’s televised. It was a whole thing, kind of a chaotic day.

How long have you been skiing for?

I’ve been skiing since I was 2. My dad was a ski racer growing up. I started racing when I was 5. I was kind of in the beer league for my dad’s older, 50-year-old former ski racers that want to go out on Wednesday nights and drink beer, and they just sent a 5-year-old down with them, so that’s how I got started.

So it’s all these drunk 50-year-olds and you?

Yep, me and my brother. They’d just send us down, and we’d get our participation medallions or whatever, and we loved it. From there I … joined Buck Hill, which is my hill here in Minnesota, which is a tiny hill. It’s like 300 feet vertical, and it’s kind of a weird place to come from, because you normally need mountains to ski, but my brother and I joined. My coach was the same coach as my dad’s – he is now 94, and I still consider him like a grandfather to me. He still comes out and coaches.

Your coach was the same guy who your dad had when he was skiing?

Yeah, which is nuts. I mean, my dad started skiing when he was 10 … and somehow it all worked out. So this coach, he’s kinda a legend around here. He was Lindsey Vonn’s coach growing up. Lindsey’s from my same club. It’s kind of a weird place to come from but because it’s such a small hill we’re able to get a ton of laps.

Did you go to a day high school or a ski boarding school?

I was looking at it… I decided I didn’t want to move. I wanted to stay in Minnesota, so I stayed in Minnesota all the way through high school. I traveled a lot in high school. I think I missed upwards of 30 [to] 40 days, because instead of going to boarding school, I was flying every weekend to go to a training camp in Colorado, so it was a lot of travel, a lot of time — kind of a different high school experience, because I was still trying to take as hard classes as I could and get good grades. It was definitely not your typical high school experience. I also was a soccer player, so at the time I was equal parts soccer player and skier. I would play soccer in the fall … and spring … and then ski in the winter and summer. It was kind of a year-round thing. That being said, I took a gap year, so I should be a senior. I knew that I needed to get more experience in the mountains, so that’s why I moved out to Colorado for a year, and I trained in Vail and was part of a traveling team. I absolutely loved it. It was basically a year in which I could be a professional athlete, which was really fun.

Do you have any crazy ski stories?

I almost got arrested at customs in New Zealand [laughs].

I had an old apple in my ski bag … and had just gotten off a 14-hour flight. I was delirious, and they were like “Do you have any food in [your] bag?” and I was like “No, I don’t think I do,” and I went through the scanner and they were like, “Are you sure?” and I was like “I mean I don’t know at this point, I just don’t know. I have to make a connection flight in like 20 minutes — you gotta let me go.” And they pulled out this apple — they were treating it like I was trying to bring drugs into the country or something. I’m like, “I’m sorry, I’m sorry,” so then they tried to hold me, and then in the end they charged me $400, and I was like, “It’s an apple. Please throw it out.”

That’s possibly the most expensive apple in the world.

I don’t think anyone’s ever paid more for an apple.

Any other crazy stories?

With skiing, … our sport is kind of insane. We put in so much time and effort into the training [and] into off-season training, for two runs of 40 seconds. That’s nuts. So many things can go wrong. For example, one of my friends [did not finish] at a hill back here because she ran over a squirrel. Stuff like that happens all the time: … animals running across, races get cancelled because of any wind, you get stuck on chair lifts.

What’s the longest you’ve gotten stuck on a chair lift?

It happens a lot. I think I was up there for 45 minutes once. I was so cold… The really big problem was that I really had to pee. I had to pee so badly. I was so mad. I was like, “I will jump off the chairlift at this point.”

How do you pass the time when you’re stuck on a chair lift for 45 minutes trying not to pee your pants?

I think all we did was talk about how mad we were about the situation [and] how cold we were. Or we would sometimes envision, “Where do you want to be right now” — not here… Growing up, we would have all these hand games and stuff we would do. I’ve also been caught on a ski hill in a literal thunderstorm. There was lightning striking the metal posts that hold up the ski things, and I’m like, “I need to get out.” Chaos is the best way to describe the sport sometimes. It’s kind of nuts. There’s a lot of scary stories.

Have you ever gotten frostbite?

Oh my God, I’ve had frostbite since I was probably 11… [My toes] are really bad. We get it in our hands. It’s basically extremities, so fingers, toes, nose, because that’s exposed. Sometimes people … will like tape their faces or put this cream on to prevent it. It’s a wild sport, when you think about it, for a minute thirty. It breeds a very particular type of person.