Admissions office adjusts to pandemic as it admits Class of 2024 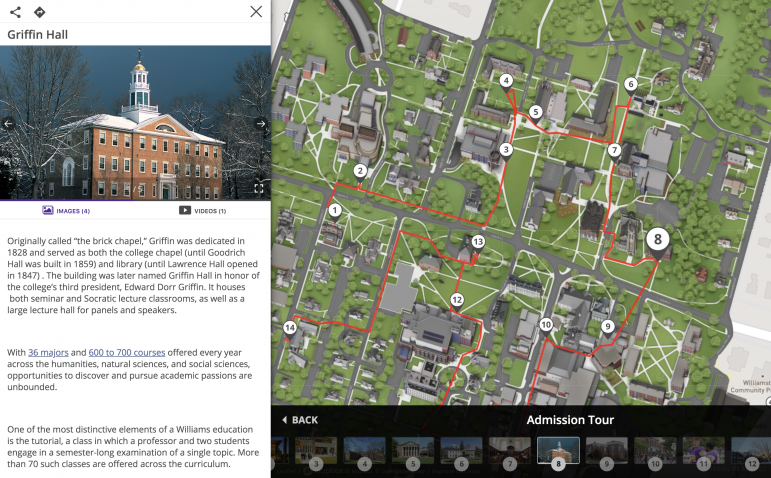 The Office of Admission sent letters of admission through regular decision to the Class of 2024 yesterday, bringing the total number of acceptances to roughly 1,250 — slightly more than usual. (The Office of Admission has not yet released exact numbers.) The small increase in acceptances is one of several adjustments the Office has made as it confronts the disruption and uncertainty of the COVID-19 outbreak.

The Office of Admission admitted more students
this year “in anticipation of a less predictable
yield,” Dean of Admission and Financial Aid Liz Creighton ’01 wrote in an email
to the Record. Over the previous five years, the College had
accepted an average of 1,197 students for the target class size of 550.

“This was one happy byproduct of the COVID-19 outbreak — the opportunity to admit a slightly larger group of extraordinary applicants,” Creighton wrote.

In addition to accepting more students, the Office released decisions a few days later than usual. Last year, the notification date was March 18, and the year before, it was March 15.

“We
decided to push back decision release by a few days to ensure that admission
and financial aid staff were available last week to support students
transitioning away from campus, and to give us a little more time to build out
a robust range of opportunities for admitted students and families to explore
Williams virtually,” Creighton said.

The date
by which admitted students must commit to Williams and send in their deposits
has also been pushed back from May 1 to June 1. Creighton said the Office of
Admission extended the deadline in acknowledgment of the challenges many
admitted students are facing because of the pandemic, including changes to
parents’ employment status and difficulty meeting with school counselors. The
College did not make its decision in coordination with other institutions,
according to Creighton.

“This is
an extraordinary moment and we just wanted to build in a little more breathing
room as students and families make this decision,” Creighton said.

But
students deciding between Williams and a college that has a deadline of May 1
cannot take advantage of that breathing room. Few elite institutions have
followed the College’s lead, though some 200 institutions have moved their
deposit deadlines to June 1 or later, according to a list compiled by ACCEPT, a social justice group for admissions
professionals. Connecticut College is the only other school in the NESCAC to
have moved its deadline. Per ACCEPT’s list, no
other NESCAC schools, Ivy League universities or highly selective liberal arts
colleges like Pomona and Swarthmore appear to have changed their deadlines.

A further complication to this admissions cycle is that admitted students will not be able to visit the College this spring. Previews was canceled on March 9, two days before President Maud S. Mandel announced the end of in-person classes. Meanwhile, the College will now be conducting virtual alternatives.

“I know
that Previews would have been an exciting opportunity to establish friendships
with other new Ephs, meet faculty and learn about resources on campus,”
Creighton wrote in an email to students who had been accepted through early
decision. “Rest assured that we’ll make certain all of those things can still
happen from afar.”

The Office
of Admission will host Virtual Previews on April 13. Admitted students and
their families will be able to speak with current students, faculty and staff,
Creighton told the Record.

In addition, Gillian I.
Wood ’14, assistant director of admission, has emailed current students at the
College asking them to sign up for “virtual hosting.”

“More than
half of our admitted students will not get the chance to visit our campus
before choosing their college,” Wood wrote. “This disproportionately impacts
low-income students, first-generation students and international students.”

A new virtual campus
tour was made available yesterday on the College’s website. If students lack the internet access necessary to view the
tour and the other parts of the website for admitted students, the Office of
Admission will make accommodations for them, Creighton wrote in the acceptance
letter.