One in Two Thousand: Scott Fineberg 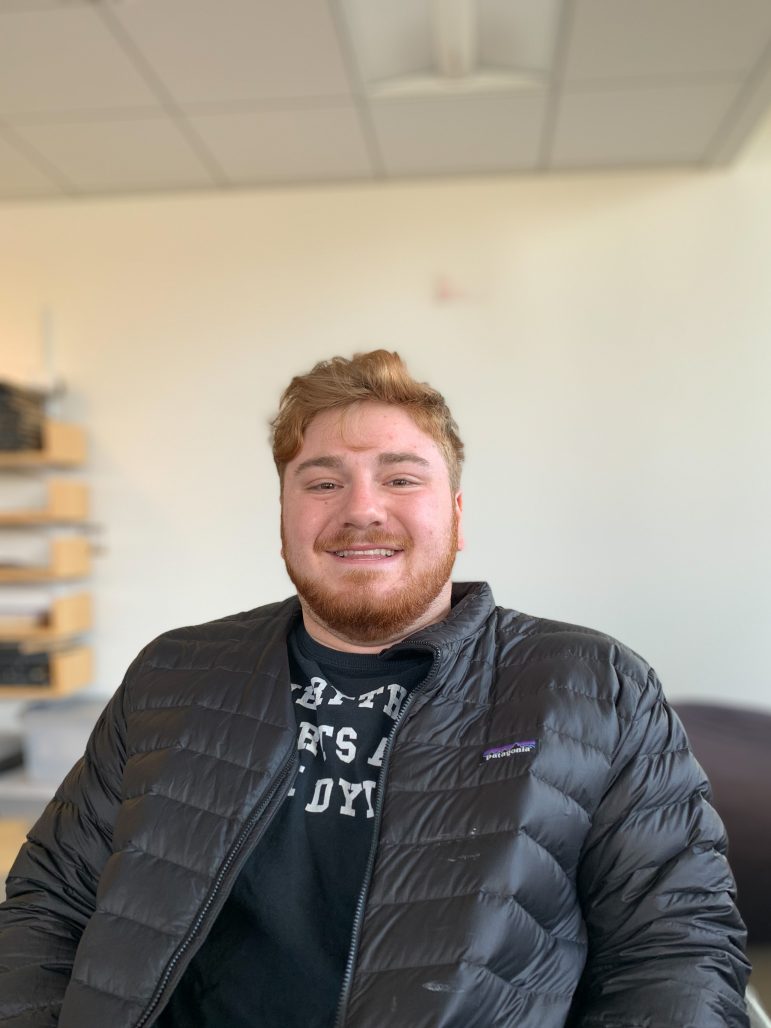 We randomly select unixes from a list of all current students at the College for our weekly One in Two Thousand. So long as the owner of a selected unix is on campus, willing to be interviewed and not a member of the Record board, that person becomes the subject of our weekly interview. For this week, the computer (using a very simple script in R) chose Scott Fineberg ’22.

We know each other from our class on the theory of history. I’ll start off with: Do you think there is a progression to history?

[Laughs.] I guess I wasn’t prepared to answer a question on history this early in the morning. Yeah, I think there’s a progression to history. I think that as we experience more things, on an individual level and a more societal level, we learn from the experiences, I guess? And those change what we do.

I know you’re a thrower on the track team, and I hear you’re having a really good season. Tell me about that.

So, the way that track works is it’s split into winter and spring — it’s indoor during winter and outdoor during spring. Indoor is a really long season. It starts in December and goes till now. I actually hate indoor season, usually. I’m much more of an outdoor season thrower. At the end of indoor, I just kind of popped off a little, I guess, in weight throw, which is my main event during indoor.

I actually talked to one of your teammates on the track team who described you as “jocular.”

I don’t know what that word means, I don’t think.

I will find an exact definition. [Googles “jocular.”] “Fond of or characterized by joking; humorous or playful.”

Yes. I would describe myself as jocular.

I have three tattoos. I have one on my chest that is the roman numerals of my best friend’s birthday. We’ve been best friends since we were, like, two. He left the country for a really long time when we were in high school, and we didn’t talk for years. And then he got back, and we went on a trip to Europe over the summer and backpacked Europe, which was a very cool experience. But we both went into a tattoo place that had super cheap tattoos in Amsterdam, and we both got each other’s birthdays on our chest… I have a Roman numeral 2 right under here.  [Points to the left side of his torso.] My older sister got a 1, and my younger brother got a 3, so I got a 2. And then the last one, I have it on my shoulder. [Rolls up sleeve of T-shirt.] It’s like a yin-yang, which is a tattoo I wanted for a really, really long time, because I think it’s a really cool symbol, and I like what it symbolizes.

What does it symbolize for you?

Were you a Frosh Quad kid or a Mission kid?

I was a Frosh Quad kid.

Do you think that fits your personality?

With a roommate. In one of the smallest rooms in Frosh Quad.

How were things with your roommate?

They were great. We had the perfect level of staying in our own space but also being close enough that we could address things. It was good.

For a quick meal, I would say Pappa Charlie’s, because [it’s] consistently the same sandwich every time. I’m a big fan of that. But if I want to sit down and eat something, the Log.

You know how they have the various sandwiches named after famous people? If there were to be a Scott Fineberg sandwich, what would it be?

I would say something red, because I’m a redhead, is an important part of it. I don’t know what’s red, though, in a sandwich.

Tomatoes. Okay, so there’d definitely be tomatoes. I don’t know — I think it would just be a turkey sandwich, probably. Like, a regular turkey sandwich with tomatoes and maybe a little secret sauce.

Are you willing to divulge what the secret sauce would be?

I think everyone’s got a little secret sauce.

History, and I’ll never admit this to Professor Kohut, but I’m double-majoring in poli sci.

Yeah. He would fail me, I think, if he knew.

He keeps calling it “the evil twin of history,” and you just —

I just push down everything I’m feeling.

[Laughs.] This is a revelation. I’m still reeling from this. This is the secret sauce! You know, sometimes he asks, “Is there anyone here who’s majoring in political science?” And you just —

And I say nothing every time. I’m just like [puts on a poker face]. I almost raised my hand, once, on the first day that he asked. But then I was like, “Wait, maybe I shouldn’t say anything about that.”

What’s your favorite internet rabbit hole at the moment, if any?

My aunt is followed by the governor of Georgia, which was crazy to me.

Well, we’re from Georgia. But why is she followed by the governor? I have absolutely no idea.

Yeah, I’ll choose the Coca-Cola thing. I think Atlanta is actually kind of boring — the sights are kind of boring. You really have to go to downtown Atlanta for it to be interesting. But the World of Coke is the big attraction in Atlanta. Everyone that I’ve talked to at Williams — that’s what gets mentioned the most. I’m like, “I’m from Atlanta, Georgia,” and people are like, “Oh! Have you ever been to the World of Coke?”

A billion times. I’ve tried every Coke from everywhere in the world that they offer. The World of Coke is a waste of money, because — you don’t realize it the first time — but you go, you get to watch a film, you get to take a picture with the Coca-Cola Bear and then you get to go to a room that has all the Cokes from around the world. There’re, like, 72 different varieties of Coca-Cola, and you just try all of them.

How do you usually feel afterward?

What’s one takeaway you want readers of the Record to have about Scott?

I’m a nice guy. That’s the takeaway that I would want people to have.

Jocular. New word! There you go.