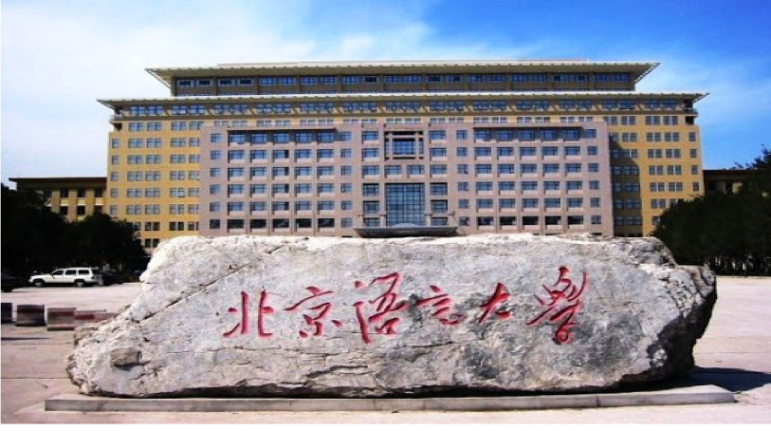 PHOTO COURTESY OF BEIJING LANGUAGE AND CULTURE UNIVERSITY The Harvard Beijing Academy, hosted in the BLCU, was one of the summer programs affected by the coronavirus.

As the coronavirus outbreak worsens, opportunities for students at the College to participate in foreign languages programs in Asia continue to be negatively affected. Following the recent cancellations of semester-long study abroad programs in China that were set to begin during the spring semester, the plans of several students to attend summer language programs in the region have also either been canceled or made uncertain due to the ongoing epidemic.

At least eight students had planned to study abroad in China this upcoming summer, according to Professor of Chinese Li Yu. The Harvard Beijing Academy has already informed applicants of the program’s cancellation; the status of other summer programs to which students at the College have applied, including those run by Princeton University in Beijing and Associated Colleges in China, are still unclear.

Additionally, student leaders  for the Center for Learning in Action (CLiA)  spring Break Out trip canceled a trip to Taiwan as a result of the outbreak. The trip, which would have been led by Catherine Kao ’21 and Jake Rinaldi ’20, would have provided an opportunity for students to teach English at elementary schools in Taichung, Taiwan.

“Jake and I closely followed news of the outbreak for weeks, and once the WHO [World Health Organization] declared the virus a global health epidemic, we decided that cancelling the trip would be the best choice,” Kao said in an email to the Record. “Schools in Taiwan have closed for the time being, and there’s no telling whether or not they would even be open again by the time spring break comes around.”

The coronavirus, which originated in Wuhan, China, has now infected more than 80,000 people and killed more than 2,600, with recent outbreaks reported in Iran, Italy and South Korea. But the virus’ spread in China is showing signs of slowing as the number of new infections in the country has steadily declined, according to The New York Times.

The cancellations of summer language programs may cause ripple effects on the study of foreign languages at the College more broadly. Immersion programs are particularly important for students who wish to advance their language abilities beyond what is possible at the College, according to Yu. “You can’t really reach an advanced level if you study away from the culture,” Yu said. “Usually after students reach an intermediate level, we try to push them to think about study abroad.”

The Asian studies department has already adjusted its plans in order to better support students studying Asian languages. The department normally provides funding for students attending summer language programs abroad through the Linen Grant for Summer Study in Asia. Having relaxed the eligibility requirements for the grant, “the Asian studies department has already announced that students can apply for support for study of Asian languages at reputable programs in the US this summer,” Chair of Asian Studies and Professor of Political Science Sam Crane wrote in an email to the Record. “We will be as flexible as possible in making decisions about supporting student proposals in light of the unfolding situation.”

Yu said that several sophomores who plan to study abroad in China this coming fall are taking the ongoing epidemic into consideration, although its long-term impacts are still unclear. “Right now, the alternative plan is for them maybe to go to Taiwan, but again this virus seems to be spreading pretty quickly,” Yu said.

In an email to the student body, Dean of the College Marlene Sandstrom and Vice President for Campus Life Steve Klass encouraged students, faculty and staff to register any travel plans to China through August 2020.

“We’re asking for information about future travel out of an abundance of caution so that, as circumstances continue to change, we can provide the best advice and support for members of the Williams community who are considering international travel to areas that might be affected by the coronavirus,” Klass wrote in an email to the Record.