One in Two Thousand: Argenis Herrera ’22 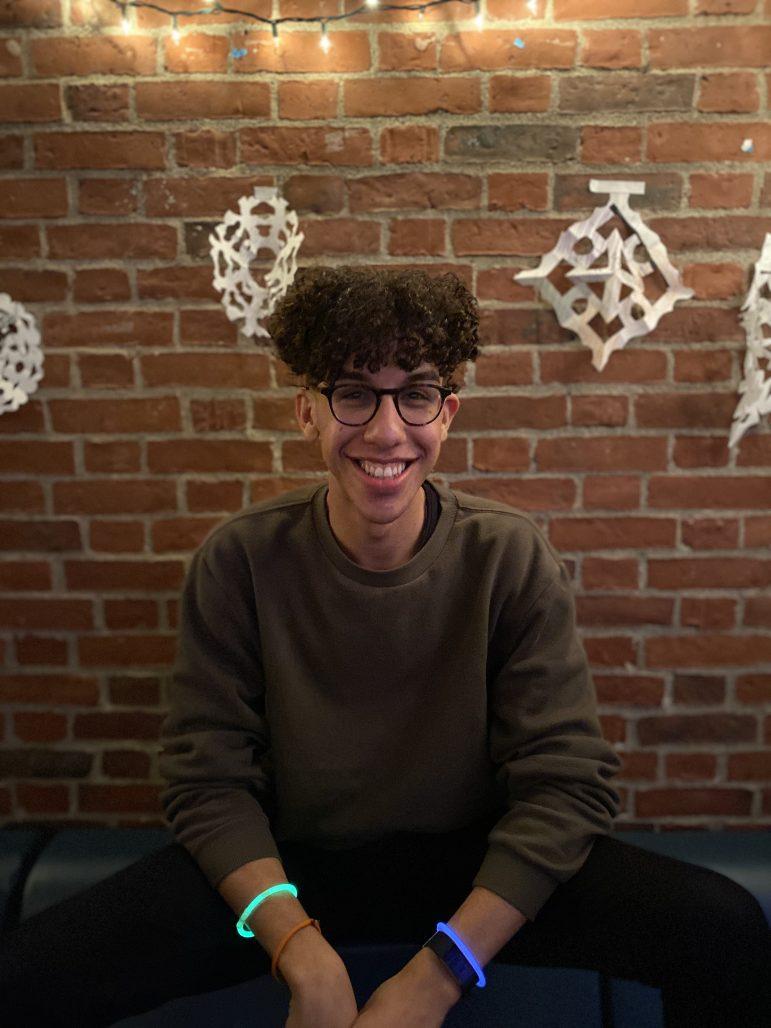 Each week, we randomly select a unix from a list of all current students at the College. So long as the owner of the selected unix is on campus, willing to be interviewed and not a member of the Record board, that person becomes the subject of that week’s One in Two Thousand. This week, the computer (using a very simple script in R) chose Argenis Herrera ’22.

Waterbury’s a great place. We have a reputation among Connecticut residents for being a hub for immigrants and low-income residents. So it’s kind of hard to be your own person outside of that identity. But personally, I think that being in Waterbury has given me a thousand opportunities and has allowed me to be the person I am today. For example, being in Waterbury, I was able to be part of this great internship and broaden my horizons to find out what Williams is. That wouldn’t have happened if I lived anywhere else. I love going back. It’s kind of a small city, sort of like a dead end town, but here I am, living my life, so it’s possible.

Speaking of identities, you’re on the MinCo [Minority Coalition] board. What is that like?

I love the MinCo board. The people on the MinCo board are amazing. They are passionate, and they are strong-willed. And a lot of our MinCo members from all the different groups that fall under that category are committed to promoting their identity and really feeling at home in their space. And so, being a member of the MinCo board really just means helping those people achieve everything that they want to achieve. A lot of our priorities are funding different groups on their different ventures, but also just kind of enabling these groups to have a voice on campus and to feel comfortable.

Tell me about your first name, Argenis.

My name, Argenis, is actually Latin for “silver,” because in Latin, the word is “argentum.” So if you ever look on the periodic table, you’ll see argentum, which means silver, which is [like] Argenis. So every time you think of me, you’ll think of silver.

What’s the story behind it?

I was almost named Kevin. [Laughs.] But my parents at the very last minute were like, “Let’s actually not do Kevin. And then, boom! Argenis happened.”

Your room is super neat, so tell me about your room inspo.

Yeah, I watch this dude called “Lone Fox” on YouTube. And he makes these great stylistic choices, and he really picks out really specific details of what makes a room great. And so, I watched his videos before I made my room, and this [gestures to mason jars hanging on wall] is inspired by him. You know, hanging little mason jars and framed pictures of postcards.

[The] Zilkha [Center] is tremendously passionate about bringing sustainability to every single aspect of Williams, whether it’s operational, faculty-based or student-oriented. What I do at Zilkha has a lot to do with faculty-focused, staff-focused sustainability. And it is hard work because getting people to commit to sustainable ideas after they have gone on for so long without those ideas in the first place is really hard. Making this shift from [air quotes] “normal” to sustainable is difficult. But when they do it, it means so much to us and to them that it’s always, always worth it. It’s really good work, and I think that it’ll shape the future.

What do you suggest people do to be more sustainable on campus?

You know, I personally take so many long showers, and it’s just so embarrassing because I know that I should be taking shorter showers, because it’s the more sustainable option. But so far, I’ve been struggling, and I understand when other kids struggle. Ideally, in the future, everybody should reach the conclusion of shorter showers. I think that would be more sustainable for all of us.

How do you think the school can be more sustainable?

I think that’s an obvious question. A few years ago there was a movement to divest our resources and our investments from oil, coal and all those really dirty materials. And I think that if we divest away from these, then we will be on a path that will be far more sustainable than most of our peer institutions, and we will actually meet the goals of students who are fighting against climate change and who are fighting for a more sustainable future.

I also know you were a WOOLF [Williams Outdoor Orientation for Living as First-years] leader — do you have any fun stories from your trip?

As a WOOLF leader, I was the leader of B1, which was this pretty relaxed group. It was great and I loved it… But B7, [laughs], was a bit more chaotic than we were, and they led a prank war against several other groups in the same area on the Stony Ledge surrounding area. They attacked us at like 11 p.m., raided our camp and sang some weird whistle song. They scared us, but they also made us laugh a little bit. And they actually left this little bag of leftover food and dirt and some other really gross stuff [AH and AQ laugh]. They left this really gross bag, and I’ll show you, of leftover food and dirt on our campground that made us really uncomfortable but also made us laugh a lot. And so a running joke for us was like, “Oh, who has the food bag?” [laughs]. Because of “leave no trace,” we had to carry it down with us through the entire hike for the rest of the trip because nobody wanted to take responsibility for it, so we were just forced to hold onto this bag. So at the end of the trip, every one of us took a picture with the bag.

What exactly was in it?

Like half of a leftover onion, an apple core, spaghetti sauce, some pasta, some rice.

So B7 just gave you guys their trash?

Oop. [AH and AQ laugh]. Yeah there was a lot of blame going around, but we got stuck with this bag, and it was terrible.

In addition to being involved on campus, I know that you’re a political economy major. What made you choose the major?

I come from a lot of marginalized identities that have been historically oppressed, abused and discriminated against. And as a poli-ec major, I am hopeful that I can understand the fundamental systems that run our world and figure out how to turn the systems around so that they work for us rather than against us. In the future, I hope to do research that will help communities that I belong to and will uplift the people who I am most familiar with.

Since it’s the weekend, what’s the weirdest thing you’ve ever done on a weekend?

Towards the end of the summer, I got together with my co of the Zilkha Center and we decided to go over to the Green River, where we did the polar plunge for the very first time — at least for me the very first time… I got in. And although I tried my best to be happy and cute or whatever, I couldn’t help but think about how there could’ve been a shark down there or something. Like literally, anything, a ghost, a zombie, a demon, a leech. And so, through this entire experience at midnight on a Saturday night, the only thing I could think about was “I’m gonna die, I’m gonna die, this is the end of my life. I lived 19 years, and this is the end.” Fortunately, I did not die. I got in the water, dried off and went back to my room.