“The Cult” explores spirituality in nature 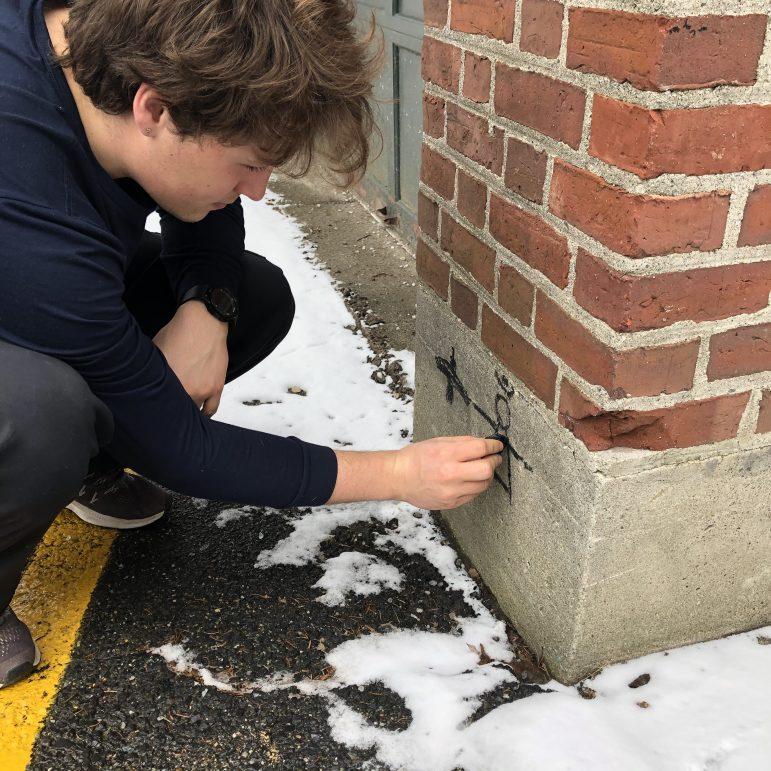 A new club at the College that calls itself “the Cult” has attracted students with cryptic flyers posted around campus.

“As I entered Mission … I saw this one flyer that said, ‘Wanna join a cult?’ and immediately that caught my eye,” Katarina Mattmuller ’20 said.

The Cult, founded by Noah Savage ’21, is a new group hoping to bring spirituality and a connection to nature to students of all backgrounds. Savage said he has some reservations about calling it a cult, and some members said the group doesn’t really feel like one.

“The word ‘cult’ has some associations that I like and some that I don’t like,” Savage said. “It definitely has some connotations of exclusivity, and those are things that I’m trying to push strongly against. I really want it to be a really welcoming space for anyone who wants to join, with little expectations attached.”

The club’s GroupMe chat, which Savage created on Jan. 14, had 86 members as of Feb. 18 and is still growing as members add their friends to the chat.

“I am the mouthpiece for the existing undercurrents of spirituality on this campus,” Savage said. “I see myself as kind of the catalyst for kind of bringing something into action.”

Mattmuller said the club’s posters caught her eye because she has long been interested in unusual topics.

“I’ve always been really into esoteric things, mythology, poetry, reading about the theory of witchcraft,” she said. “It seemed like a really cool thing, so I looked at the GroupMe link … on the poster and added myself to the group.”

Savage started the club as a way for himself and others to connect to nature and engage with spirituality in a group setting.

“I think I’ve been feeling a need in my own life to be a little more spontaneous, a little more weird, to kind of relate to nature a little more intentionally, a little more differently, and this seemed like a great way to do it,” Savage said. “I feel like bringing a community together to do those things is more powerful than just me on my own.”

The club’s first meeting took place on Jan. 31, the Friday during Dead Week. Savage instructed the members of the GroupMe chat to “collect a short piece of writing (poetry, quote, prose) and/or an object with significance to you” before the meeting.

“The reason for that was … we went around the area … looking for a place that had some sort of spiritual significance, and one of the members in this group was immediately drawn to this giant tree,” Mattmuller said. “So that was the area that we decided to consecrate with the objects that we brought to make it sort of a special place spiritually for everyone in the club. So we went around to the tree… As we each went, [we] dropped the objects near the trunk of the tree, and then we all proceeded to hug the tree together.”

While the name of the GroupMe chat is “The Cult,” and while the club has been advertised as a “cult,” it lacks the secrecy and religious overtones that cults are generally associated with.

“It’s just a place to be with other people,” said Colin Pinney ’22, a member of the Cult. “I mean, you meet with people, and you find out interesting things you would never have otherwise known. To me, that’s an open space for sharing.”

“I think the word ‘cult’ is a little misleading,” Mattmuller said. “In fact, it’s really misleading when you think about it, because we technically don’t have a leader. Noah outright said that he doesn’t want to be the assigned leader of this — rather, he wants to be the force that brings all of us together.”

Mattmuller said she thinks the activities associated with the group are the reason for its name.

“We meet up at night, we go around the fire [and] we’re around nature,” she said. “It evokes cult-like imagery in that sort of sense, but the actual club itself is nothing like a cult. I would probably more so call it a club.”

Savage said that, although the club is called the Cult for now, it might have a new name later.

The club has many events in store for future meetings. Savage said he hopes to spread the word about the club and is looking forward to creating a stronger connection to the nature on campus with new people.

“Once things start growing, we’re hoping to have some mushroom-foraging events,” Savage said. “We’re hoping to have a potion-brewing for specific magical purposes. We’ll continue to consecrate little places around campus and maybe make altars. We’ll look at the full moon and stuff.”