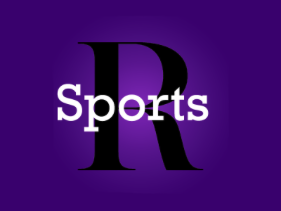 Jesup Hall was quiet, with only the sound of dozens of keyboards and mice clicking away, as the annual Williams Winter League of Legends Tournament (Winter LoL) began. We leaned in as the games started, staring intently at the monitors while calling out strategies to each other: “Let’s group up and watch the [invasion].”

For the past five years, young hopefuls from the College and surrounding NESCAC schools have gathered in Jesup every January to compete in the tournament. What began as a humble congregation of people playing video games has since blossomed into a full-fledged alumni reunion and competitive event. This year, 10 alums came from as close as Pittsfield and as far away as England and Seattle. The top six players drafted teams of five to compete in a five-round, round robin tournament, with the top two teams facing off in a best-of-three final.

Kicking off last Saturday at 11:00 a.m. and ending around midnight, the tournament tested our endurance as much as our skills. Some of our teams, like ‘Teamathan Charmingathan’ (named after team member Ben Drews’ ’18 former LoL username ‘Prince Charming’ and the members’ tendency to playfully add “-athan” after every word) featured long-time friends Ben ‘Xemacs’ Drews ’18, Stephen ‘JS Bach’ Ai ’18 and Chin ‘GayWhy’ Kar Yern ’18, who have been hanging out on and off the League of Legends Battle Arena for years. Others, like my team with Magnus ‘FreeJuicyMag’ Herweyer ’20 and Sung ‘i love people’ Kang ’19 and the team led by the self-proclaimed ‘master’ Cody ‘War Koala’ Degraffe-Niles ’17 brought students from the College, Hamilton and Middlebury together for the first time.

Experience proved to be an important asset, as the competition was stacked against the newly formed teams from the start. Reigning champion Eric ‘TranquilTurtle’ Johnsen ’21 drafted a competitive roster of Sammy ‘RichGamebuddy’ Rosofsky ’19, Christopher ‘SK Telecom T1’ Liu ’22, Hyeongjin ‘Lorentz Force’ Kim ’21, and Kevin ‘REPORTEDNgaiK’ Zhang ’23. Team ‘Himalayan Time Chamber (HTC)’ — which got its name from the time Liu spent training in Nepal in the months leading up to the tournament — went in to the tournament as the favorite. Sure enough, HTC blazed through the competition, sporting an undefeated 6–0 record by the time they claimed victory.

Unlike HTC’s run, the event was not entirely smooth. As we were about to break for dinner, we were faced with an unthinkable message: “Attempting to reconnect…” At the worst possible time, the Jesup Data Center lost power and the internet went down, stopping the tournament in its tracks. Faced with our abrupt return to the stone age and equipped with only mediocre social skills, we floundered. Luckily, Derek ‘D R OMEGALUL C K’ Chen ’21 (also known as ‘XDRICK’) was prepared with a deck of cards. After also setting up Super Smash Bros and fetching a few board games, the hiccup became a blessing in disguise, with current stu

dents and alumni mingling and catching up over non-alcoholic beverages and snacks.

However, the tournament was not over yet. After a three-hour delay, OIT staff spoke the four magic words: “The network’s back online.” Teamathan Charmingathan, led by the strategic mind of Drews, faced off against HTC, who were led by late game carry Johnsen. In the final game, with Charmingathan on the brink of elimination, Keyi ‘wo bu ke yi’ Liu ’20 made the fateful call: “Don’t ban Eric’s Lucian. We can handle it.”

Lucian, an LoL character known for his flashy plays, was one of Johnsen’s best characters, and had been consistently banned throughout the day. Fast forward 20 minutes and the game was all but over, with Johnsen’s Lucian having accrued an insurmountable lead and styling on the competition. Alongside his four teammates, HTC finished the game in a flurry, posting one of the most decisive victories of the tournament. We exchanged “good games” and handshakes, while the winners posed for a photo.

Although the tournament ended around midnight, we all remained in Jesup until much later, reminiscing on old times, ordering Domino’s pizza, and playing fun exhibition matches into the wee hours of the morning.

As we look forward to the sixth annual Winter LoL tournament next year, just one question remains on the minds of alumni and current students alike: “Can Eric finish the three-peat?” Only time will tell.

Abraham Park ’22 is a member of the College’s LoL Club.