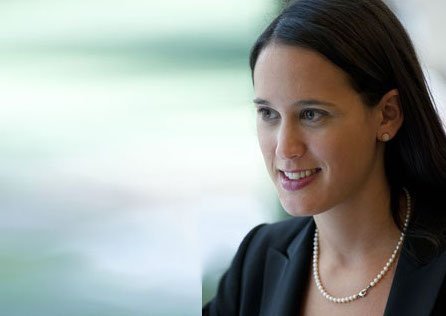 Type “rebel groups” into Google’s image search, and the first 64 photos will be of men. But while men may be the face of many rebel groups, women often play a critical role in the groups’ strategy.

Phoebe Donnelly, the Stanley Kaplan Postdoctoral Fellow in the Department of Political Science and Leadership Studies Program, researches the role of women in rebel groups. She is finishing her dissertation, “Wedded to Warfare: Coercive Marriage Systems inside Rebel Groups.”  Her dissertation focuses on two groups and their involvement in specific countries: Al-Shabaab in Somalia and Kenya and the Lord’s Resistance Army (LRA) in Uganda.

“I’m interested in how groups bring in women and how they handle the relationships between men and women once they bring in women,” she said.

The LRA, a group founded by Joseph Kony, seeks to establish a state based on Kony’s interpretation of the Ten Commandments. According to the Council on Foreign Relations, Al-Shabaab is an Islamist militant group whose main goal is to create a fundamentalist Islamic state in Somalia. For Donnelly, researching these two groups was beneficial in several ways.

“I chose Al-Shabaab and the LRA because I wanted to have regional consistency with both groups being based in East Africa, and I was interested in having two groups that claim to be based in two different religions – Islam and an adaptation of Christianity with local spiritual beliefs,” Donnelly said. “There has also been no literature on gender dynamics inside Al-Shabaab despite scholars writing about gender dynamics inside other rebel groups in the region.”

In her dissertation, Donnelly argues that the rebel groups use marriage to tie people to the group, a tactic the LRA employs by setting up arranged marriages between its members and its abductees. “By marrying them and creating these families, it creates a more cohesive group,” she said.

According to Donnelly, while the LRA sees marriage as a way to establish a new, coherent society among its members, Al-Shabaab views it as a tool to control a population in an occupied area. By marrying women into the group, Al-Shabaab separates them from the rest of society and gains new members, thus bolstering their movement.

Marriage is central to how Al-Shabaab rules the areas it occupies, Donnelly asserts. But in Somalia, deradicalization programs, which provide rehabilitation to ex-members of the group, have not caught up with this reality. In her research, Donnelly has not encountered any such program – run either by the Somali government or international organizations – that accepts women. Especially without the help of such programs, women who have been coerced into these kinds of marriages have trouble leaving, since people outside the group perceive them as a threat.

Donnelly is also working on an article about how Al-Shabaab uses Kenyan sex workers as spies. The article, entitled “Sex Workers: Al-Shabaab’s Ideological Weakness” and co-authored by Katharine Petrich of Northeastern University, is expected to appear in the journal Small Wars and Insurgencies next February.

That Al-Shabaab is an Islamic group yet uses sex workers often surprises most people, Donnelly said. “You would think that that would make them not conducive to working with sex workers,” she said. But the group is willing to sacrifice its professed ideology for the sake of espionage. Sex workers obtain intelligence from clients who work for the Kenyan government; in turn, Al-Shabaab pays the sex workers for information.

Donnelly’s other project is a book chapter called “Children of Al-Shabaab.” The chapter will appear in Challenging Conceptions: Children Born of Wartime Rape and Sexual Exploitation, which is set to be published by the University of Pennsylvania Press next September. The chapter describes the challenges facing children born to women in coerced marriages to Al-Shabaab members.

Donnelly argues that Al-Shabaab usually tries to keep children in the group. “I think Al-Shabaab wants them because they think they are the future of this group,” she said.

If they are released from the group, however, children can face stigma. “Obviously, it wasn’t these children’s choice – they were not voluntarily born into this group,” she said. “But people see them as part of this group and as threatening.”

Donnelly wasn’t always interested in pursuing academia; at first, she wanted to be a lawyer. After graduating in 2008 from the University of Wisconsin-Madison with a degree in political science, she decided to work at a law firm as a paralegal.

“I thought most of the work was pretty boring,” she said. But she enjoyed working on several pro bono cases about asylum applications, for which she had to research why the asylum-seekers were leaving their home countries.

“I would get so fascinated reading about these different regions,” Donnelly said. “That kind of pushed me into thinking I wanted to focus on international relations.”

After about a year and a half at the law firm, she left to work on Sen. Richard Blumenthal’s (D-CT) first senatorial campaign. When Blumenthal won, Donnelly moved to D.C. to work in his office on national security and gender issues.

She then went to the Fletcher School of Law and Diplomacy at Tufts, from which she received her master’s degree in law and diplomacy and will soon receive her Ph.D. in international relations. She taught classes for both undergraduates and graduate students.

“I’m one of the rare people getting a Ph.D. who did it to teach,” she said. “Most people are really interested in research – and I love research – but I just love teaching. I really like connecting with students.”

Phoebe Donnelly can be found on Twitter at @PhoebsG86.